Yesterday was our epic Chopped Challenge for Mike’s birthday celebration and our New Year’s Day fun. The baskets of ingredients were provided by members of our blog family and put up to vote by our readers. We completed three rounds including an appetizer, main course and dessert recipe. It was a crazy day of cooking, spills, dirty dishes, laughter, a bit of competitive jabbing and absolute fun. Thanks for all of those that participated and followed along. We hope you had some fun too. 🙂

Now as promised here are the first recipes from the event. We’re going to kick off with the appetizer dishes. We used the ingredients suggested by Linda at Savoring Every Bite (who has some fantastic recipes – we’ve tried several in fact – not to mention amazing party planning/hosting skills) which included Chestnuts, Brandy, Polenta and Scallops. The measurements provided in the recipes are approximated as we didn’t do too much calculating yesterday. We mostly went on gut feel and tossed in what we thought worked.

We started by scoring the chestnuts with an “x” to allow the steam to escape and prevent the chestnuts from exploding as they cooked. 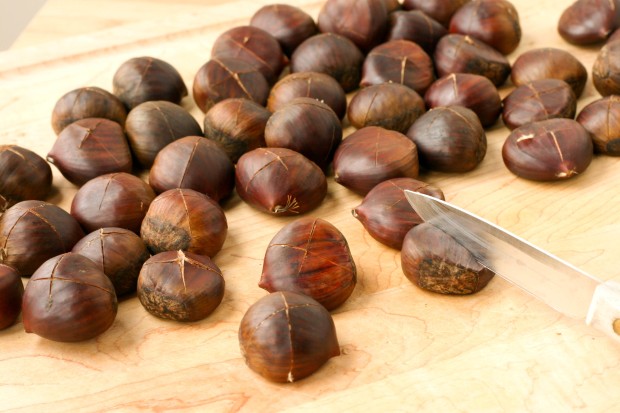 We then boiled the chestnuts for 15 minutes at which point I removed my half and placed them on a baking sheet to roast for 10 minutes at 425F. Mike finished his off for another five minutes in the boiling water. Once the chestnuts were done, we let them cool to the touch and removed the peels from the nuts.

Next came the polenta. Mike and I each made our polenta very differently. Mike boiled his dried polenta along with scallions for a minute.

He then poured the polenta into six greased muffin tins and topped each with some shredded Havarti cheese. 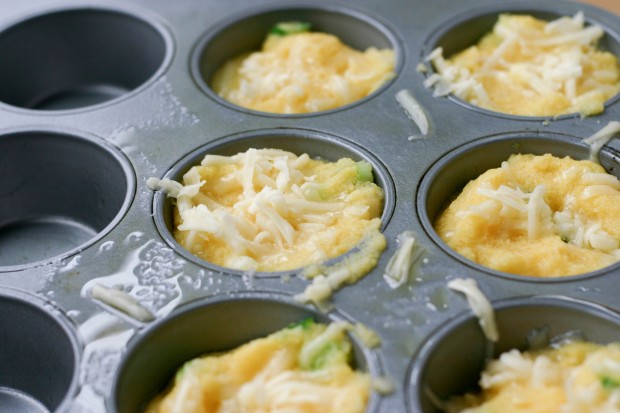 Mike baked his polenta muffins for about 20 minutes at 400F and reserved them for the final dish.

As for my polenta, I prepared it according to the package directions but added a bit of fresh rosemary and sage to the process.

When the polenta was cooked through I spread it in a thin layer on a greased cookie sheet and scored it into my desired cracker shapes. 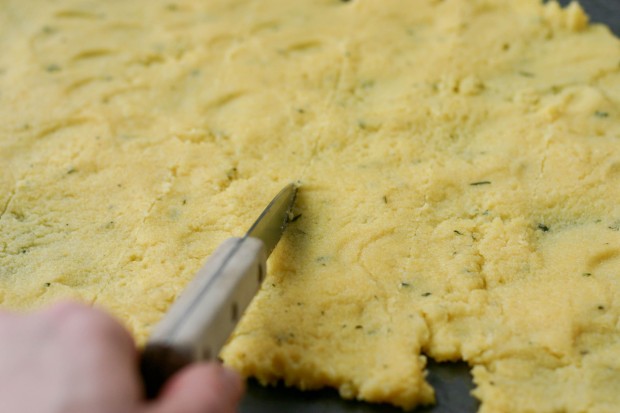 I then seasoned the polenta with sea salt and baked it at 350F for 55 minutes at which point the crackers were nice and crispy.

As for our brandy, Mike created a glaze by melting butter in a sauce pan and adding in some brown sugar and water to create a syrup. He then added about 1/2 a cup of brandy and some vanilla and let it simmer for a while. Finally he tossed in his chopped chestnuts and let them simmer for a bit.

I also melted some butter in a sauce pan, then toasted some pancetta and added a large diced shallot.

Next I added about 1/2 cup of brandy, brought it to a boil and then reduced to a simmer. Next I added in some chicken stock and my chestnuts. After some additional simmering, I pureed the sauce with my immersion blender and let sit over a very low heat.

We both cooked the scallops similarly, by searing them in a skillet. Mike cooked his along with bacon and scallions. I first crisped some sage leaves in butter and then tossed in my scallops. It was then time for our final presentation and taste testing. 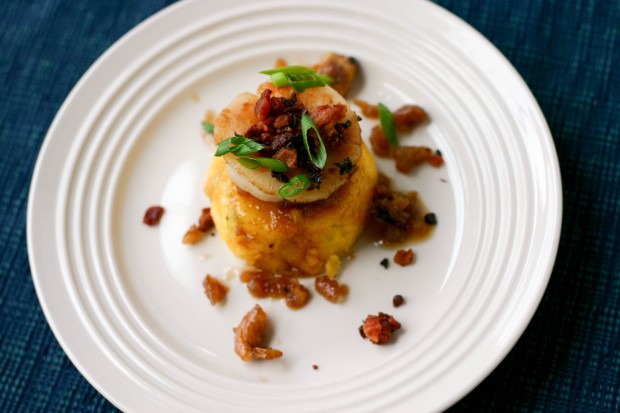 Mike’s dish, Seared Scallops over Polenta Muffins with Chestnut Brandy Glaze, was a sweet appetizer with crispy delicious bites of syrupy bacon. He first topped the polenta muffin with the chestnut brandy glaze and then a seared scallop. Next he sprinkled some of the bacon and scallion crumble and added a final garnish of freshly diced scallions.

This was a delicious appetizer and Mr. N’s personal favorite. He gave this one 4 spoons. Mike and I each gave his dish 3 spoons, but it was a tad on the sweet side for both of us. Miss A had just finished off her snack and “wasn’t hungry anymore.” (I think she was just holding out for the lobster!)

My dish was Seared Scallops over a Chestnut Brandy Sauce and Rosemary Polenta Crackers. This was the winning appetizer dish. I served the chestnut sauce over the polenta crackers and topped it with the scallops and crispy sage leaves. The scallops were seared perfectly and went really well with the savory gravy-like sauce and crispy polenta crackers. 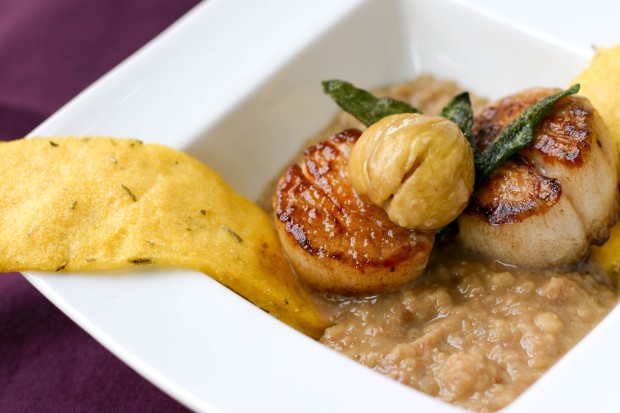 Mr. N didn’t enjoy this dish as much, giving it only 2-1/2 spoons. Mike and I both gave this dish 4 spoons as we both especially enjoyed the chestnut sauce. The crackers were also a fun way to eat the polenta as we both enjoyed the crispness – a little something different. 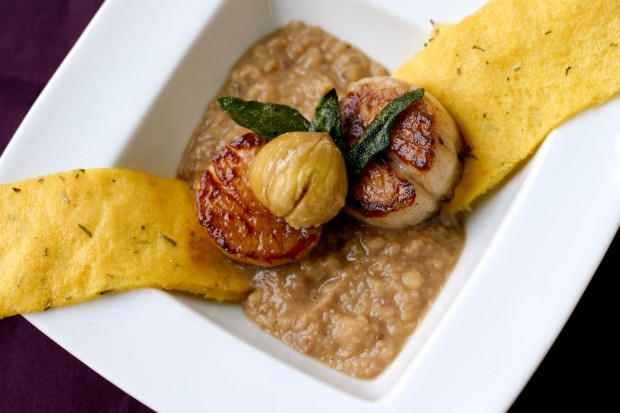 Ultimately it was a pretty tough decision. We both very much enjoyed each dish as evidenced by the fact that we had no problem cleaning our plates (and Miss A’s!). It was a great start to our Chopped event. Thanks again Linda for the great ingredients. We had a lot of fun with these and can now say that we’ve cooked and eaten chestnuts! (And we got to add a bottle of brandy to our liquor shelf!)

You can print the recipes here, but again the measurements are approximate.

Mike’s Appetizer (the Chopped one 😉 ): Seared Scallops over Polenta Muffins with a Chestnut Brandy Glaze

51 thoughts on “Scallops and Drunken Chestnuts”

There was an error retrieving images from Instagram. An attempt will be remade in a few minutes.