For this week’s stateside adventure, we’re revisiting Minnesota. Well, sort of anyway. We bought this squash on a recent trip to Minnesota at a local farm, but it’s really Japanese in origin. That said, we’re calling it our state night recipe this week.

The farmer that we purchased the squash from described it as having a nutty and sweet flavor which instantly made me think that this would be perfect in a soup. You see I’ve been somewhat obsessed with soups after making Geni’s Sweet Potato Soup and I thought this squash might be a fun way to mix things up. Not to mention, after our major feasting last week, we’re looking to eat a bit more healthy – and so we bring you Uchiki Kuri Soup.

We started by slicing the squash in half. We picked up an interesting tip over at Cook’s Illustrated on exactly how to do this. Basically, prop the base of the squash in the drain of your sink (make sure your sink is clean first) to hold it steady. Then place a clever or other sharp knife over the top of the squash where you want to make the cut. Take a meat mallet and gently tap the knife into the squash, cutting it all the way through, and there you have a nice clean split. 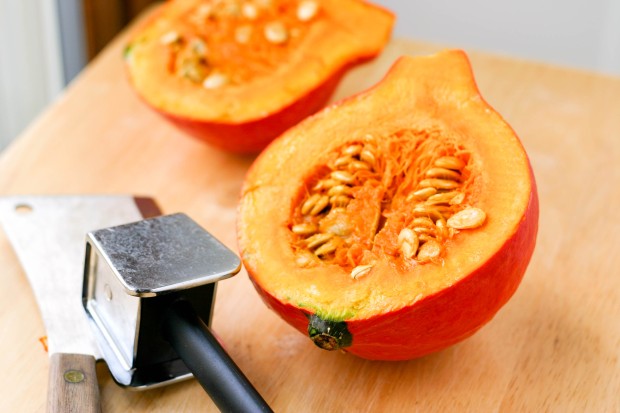 Miss A took care of scooping out the seeds and “guts” for us. She likes this job – it’s a lot like carving a pumpkin. 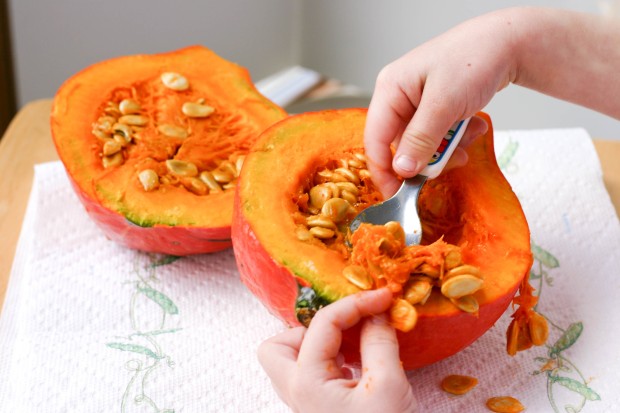 Then we placed the squash skin-side down in a baking dish, brushed it with a bit of olive oil and seasoned it with sea salt and finally filled the dish with about 1/4″ of water.

We baked the squash for about 30 minutes and then removed it to cool. In the meantime we melted some butter in a stock pot and diced up some shallots and leeks. 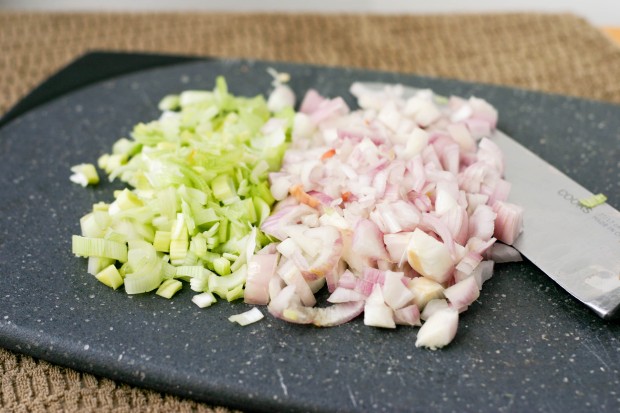 We then tossed those along with a bay leaf, fresh rosemary, fresh sage and dried coriander into the stock pot with the butter.

While the leeks and shallots sautéed, we cut the squash away from the skin and chopped it up.

We also peeled and chopped up an apple. We used a McIntosh, but any variety will work. 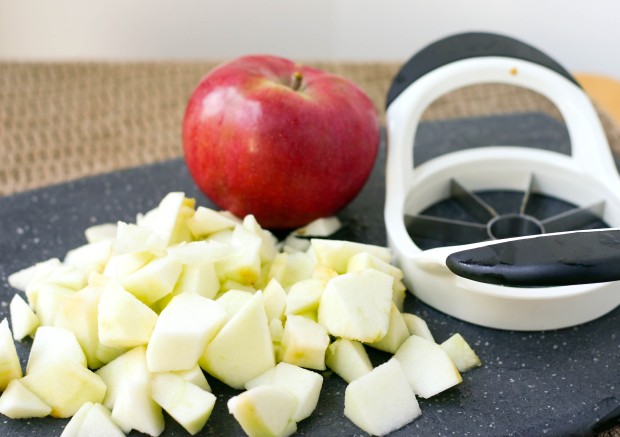 And we peeled some fresh ginger as well. 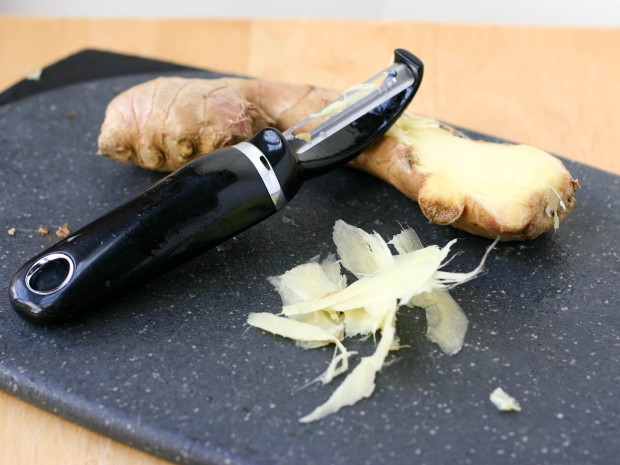 We then threw a bit of garlic into the stock pot and let that simmer for about 30 seconds before adding the squash, the apple and the ginger, which we stirred together for about a minute.

Finally we added the vegetable stock and some Sauvignon Blanc to the pot and let the soup simmer for about 20 minutes.

When the apples were tender, we added a bit of honey (ours is infused with rosemary) and removed the bay leaf.

I usually like my soups with a bit of cream, but again we’re eating a little bit healthier around here, so we used ricotta cheese instead. After stirring that into the soup, we then transferred small batches at a time to the blender to puree until it was smooth. If you have an immersion blender (I don’t. Hint, hint Mike.) you could use that directly in the stock pot.

Once the soup was smooth, we seasoned it with salt and pepper, and transferred it to the bowls. We garnished it with some toasted pecans and sautéed pancetta as well as a dollop of mascarpone.

Now clearly I should have waited until the soup cooled before attempting to take a picture featuring our little dollop of mascarpone, but we were hungry and daylight is hard to come by around here at this time of day. So while this isn’t the most delightful of presentations, this soup was darn good. 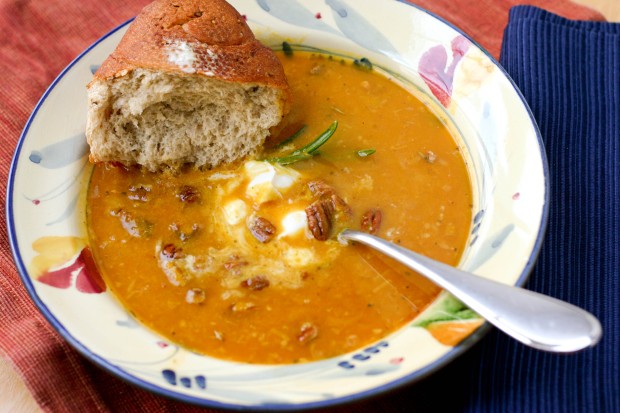 And it was a nice change-up from the typical squash soups we’ve come to know and love. It’s very sweet with a subtle nutty overtone, so the pancetta and pecans are a nice salty addition to help balance things out. The kids weren’t big fans of the soup, but that’s no surprise. They’re not big fans of soup in general – unless it’s a hearty chili with tons of cheese. So only 2 spoons from them. 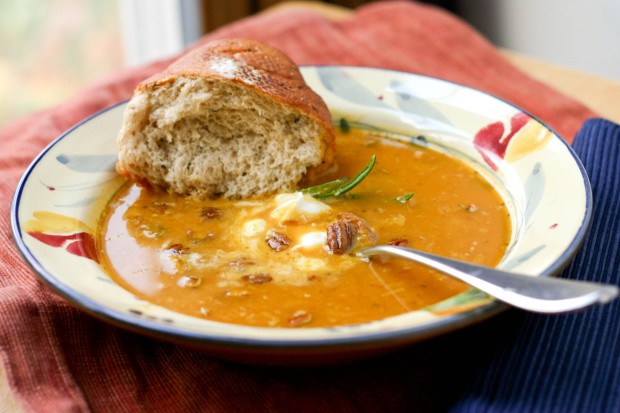 Mike and I really enjoyed it. It’s definitely a 3 spooner. I have no doubt it will become a part of our fall and winter soup repertoire. And it’s a heck of a lot healthier than our Minnesota hot dish and Minnesota bars – even if it is not really a Minnesota thing. 😉

42 thoughts on “The Lighter Side of Minnesota”