Do I even need to post the link to the song? Or is it already thumping through your brains? Y’all ready for this…That’s right, it’s time for our annual Chopped Challenge live blogging event! (Make sure to vote at the end of the post!) Last year we held our first annual Challenge on New Year’s Day. Some of you may remember the fun we had with our seared scallops: 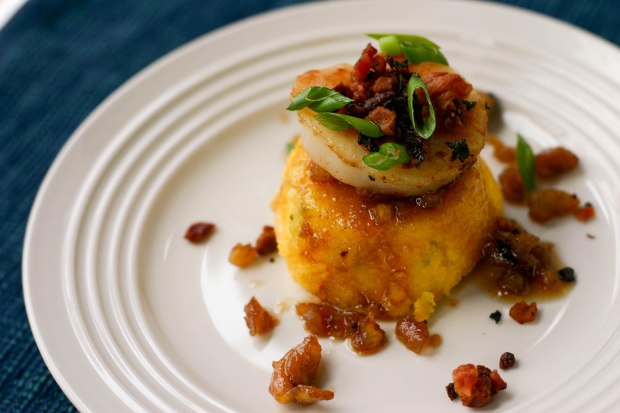 Or the mess we had after a seriously full day of cooking:

Well, despite the Herculean cleaning efforts, we had a great time and knew that it was going to be an annual event. This year, we’re timing the fun to coincide with our two-year blogiversary. Well, technically last week it was two years, but being how we seemed to get perpetually behind this past year, it’s only fitting that we’re late in posting our anniversary too! I can’t believe it’s already been two years! When we started this cooking around the world adventure Mr. N was only six and Miss A was a teeny-weeny two! Remember these little faces:

So what have we learned these past few years? A great deal about cooking; a ton about different cultures and regional spices; that there is a wonderful community of bloggers and commenters from around the world; that there are far more recipes that we want to make than we have time to cook; that our spoon rating is highly subjective, particularly when it comes to Miss A; that careers plus growing kids makes it hard to keep up with our original three regular posts a week (how did we ever manage that?!); that Mr. N has a serious love for Asian food; and that Mike and I absolutely cherish the moments spent with our kids in the kitchen, at the table and with our loyal readers and commenters. This whole experience has been such an amazing journey – much more so than we ever expected.

Tonight we went around the table and talked about what we’ve learned and love the most about our blog and cooking adventures. Miss A went first and declared her favorite part is making lemon tarts and lemon custard. I think she may have developed my obsession with lemon. She also said she really likes to cook and for next year she wants to cook more.

Mr. N said he’s learned that sometimes food that looks bad, tastes pretty good. He’s learned that he really likes Asian food, no matter the country, and that he’s pretty good at figuring out flavors by taste. Next year Mr. N is going to add a new feature to the blog. Since our mission is to cook foods from various countries, he wants to find a fun fact about each of the countries to share in the posts. What a clever guy! So look to that this coming year.

Mike and I, well we both agree on the things we love the most about this experience: first and foremost, the time spent as a family in the kitchen making memories that will last a lifetime; and second, and nearly just as high on our list, the great friends and followers we’ve gotten to know in the past two years. I know we’ve said it before, but we truly do appreciate each and every one of you. Some of you share advice and empathy, many of you bring us great recipes, others have brought special friendships (who knew you could find such true friends around the world via a little blog!), and ALL of you – long-time commenters, occasional visitors, silent readers – have brought us such unexpected joy for which we are ever grateful. 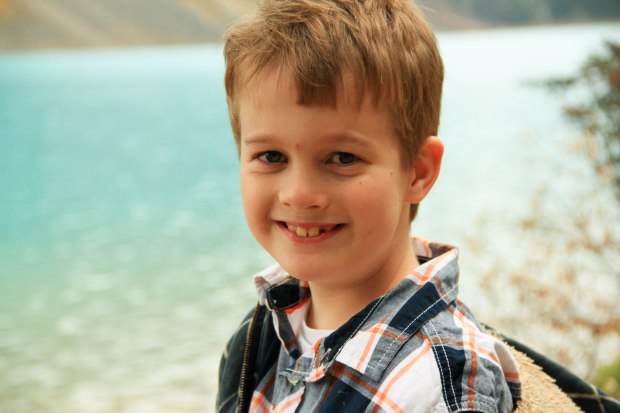 Mr. N Now – we need to get this guy in the kitchen again!

As for what we want to see on the blog for our third year, well, we want to hit some new countries. We would love to some day find the time to put together a recipe index. We’ve (read I’ve) decided to put less pressure on us to keep to a regular schedule. I don’t doubt we’ll get a post up each week (sometimes more), but between our work schedules, kid schedules, family time, exercise time (which we need to keep up in order to eat this way!), and quite frankly just some flat-out relaxation time…well, you get the idea. So to help with that you’ll notice a few less pics on ingredients as we return to more pictures of our cooking process and final dishes. And you’ll likely even see a few more posts from Mike this year! Surprise Mike! (He’ll learn that little change once I hit publish.)

So that’s where we’ve been and where we’re going. Now to the fun…Below we’ll have three polls – one for appetizers, one for the main course, and one for dessert. For those of you that aren’t familiar with the format, we base this off of the Food Network’s “Chopped” series. The premise is simple, contestants must use the ingredients in the basket (no matter how crazy they seem) to create a dish. There are three rounds (appetizer, main course, and dessert) and contestants are eliminated between each round. The winner is selected based on taste, presentation and creativity.

Well, below you’ll find four basket options for each round provided by our most frequent commenters (and non-basket winners) from 2012. Some of the baskets are clearly more kind than others; though we won’t name names. Actually we’re excited about them all and look forward to the challenge. So, please select one basket (hitting “vote” on each poll – three total) for the multiple rounds. The winners will then be announced in our live cook-off event on Sunday, February 3rd as Mike and I will go head-to-head to see what we can cook-up. Mr. N and Miss A will serve as our sous chefs now that they’re a bit older. This year it’s the boys against the girls!

So without further ado…vote early and often! Voting remains open until Friday, February 1st. And make sure to stay tuned for the live blogging event and subsequent recipes. We may even throw in a fun little giveaway in honor of our two-year celebration! Thank you again to you all and we can’t wait to see what you drop in our baskets this year!


Baskets courtesy of KitchenInspirations, Garden to Wok, breathelighter, and Rufus’ Food and Spirits Guide (respectively).
Baskets provided by Inspired Edibles, Ang Sarap, from the Bartolini kitchens, and Just One Cookbook (respectively).
Thanks to Five Euro Food, First Look Then Cook, Hotly Spiced and Profiteroles & Ponytails for providing the baskets.

Let the voting begin! (Remember to click the vote button on each of the three polls.) Cheers!

64 thoughts on “Y’all Ready for This – Chopped Challenge II”