It’s been a while since we featured a random recipe, so before we launch off to a new country and the next state in our rotation, we thought we’d share this gem of a salad. You see, we’ve been on something of a roll with goodness lately (Yep, I have a song for this one too.). In fact, the kids haven’t even complained about what’s on their plates in nearly two weeks.

While we will take some credit for a few of the recipes winning them over, several of you deserve the credit too. In the last two weeks we’ve enjoyed recipes from Raymund at Ang Sarap, Courtney at Misadventures in Cooking, Charles at Five Euro Food, Sawsan at Chef in Disguise, John at From the Bartolini Kitchens, and Mary at Inside a British Mum’s Kitchen.

I kid you not, the kids have eaten all of these meals, enjoyed them and asked for more. We even heard phrases like, “Can we eat this every night?” and “Mom, you’re the best cook in the world.” I’m really astounded at this latest turn of events, especially considering none of these have been dessert recipes. Now I have no doubt this streak will come to an end, but until then, we wanted to share this Southwest Farro Salad with you all.

As for the salad, it really couldn’t be any easier. We started with some farro, a grain similar to barley and also referred to as wheatberries or spelt depending on where it is grown and what type of grain is used.

We cooked our farro a day ahead of time and chilled it in the fridge.

In an effort to simplify dinner the next day, we also rinsed and drained our black beans and chopped our tomato, mango and cilantro a day ahead of time.

The following evening at dinner, we chopped up some avocado, 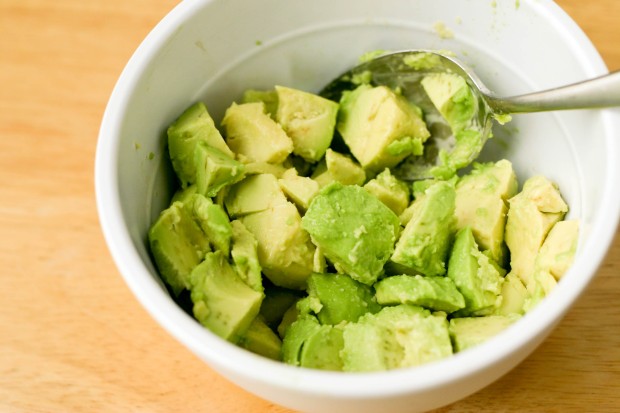 and whisked together our vinaigrette using lime zest and juice, cumin, salt and pepper and chipotle infused olive oil (courtesy of Kitchen Belleicious). 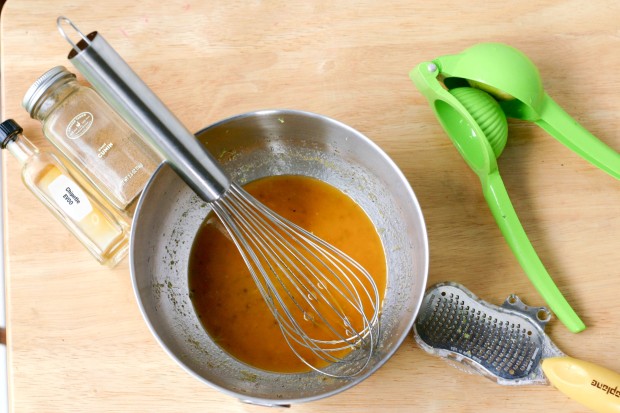 Finally we tossed the salad and vinaigrette and were ready to go.

We served the Southwest farro salad alongside Courtney’s Honey Lime Tilapia which we only modified slightly. First we tossed some freshly chopped cilantro in the breading which we composed of part whole wheat flour and part panko.

The whole meal comes together so easily and it’s full of powerful flavors and satisfying textures. The marinade for the fish is outstanding. It was an instant family hit, so much so, it reappeared on our table this week as part of a fish taco. Thank you Courtney!

As for the farro salad, it was a hit too. The chipotle olive oil brought a lot to the table and the sweetness of the tomatoes and mango balanced nicely with the lime and cumin. It was a 3 spoon dish for Mike and a 4 spoon dish for me (based in part on the ease of the recipe).

Mr. N and Miss A were also smitten with the farro salad. Mr. N even ate the tomatoes without a hint of displeasure. In fact, when he requested seconds I asked him if he knew there were tomatoes in the salad to which he said, “Huh. I guess they’re just good in this.”

Miss A also ate her farro salad. She especially enjoyed the black beans, avocado and mango, but just like her big brother even ate the tomatoes. Most surprising for Miss A though was the fact that she ate the grain, which is a pretty big deal being as how she despises rice. In other words, this salad actually rang in at 3 spoons from the kids, both of whom requested we have this meal again. I know I’m game!

Romania! Maria any suggestions? Cheers all! Have a great week and we’ll see you back on the weekend.