The countdown is on folks! Only a few more recipes before we’re opening up the freezer, thawing the banana bread slices and having ourselves a banana bread feast all the while we determine which is our favorite recipe. Perhaps it will be this one? Only time will tell.

This next recipe wasn’t originally going to be in the mix, but we ran across it while surfing around one day, and it was enough different than all the others that we had to give it a try. We found it over at a blog called Inside the Kaganoff Kitchen and it’s called Mountain Sky Banana Bread. So what was so special about this bread that it was calling our name? Cream cheese. Yum! 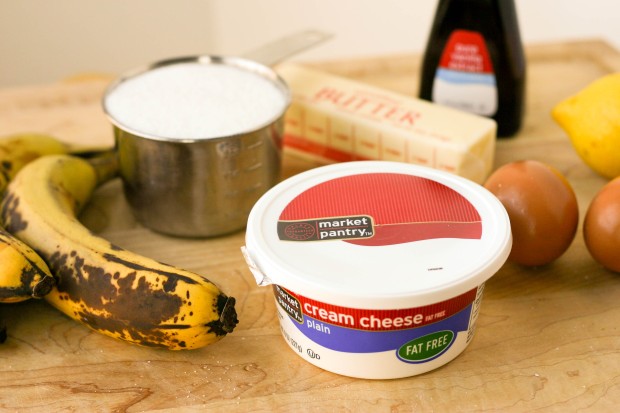 We happened to make this bread when Mr. N was actually home, so he got to be my helper this time. I think he was feeling a little left out since Miss A and I usually roll out a banana bread while he’s at school. So he got to mashing… 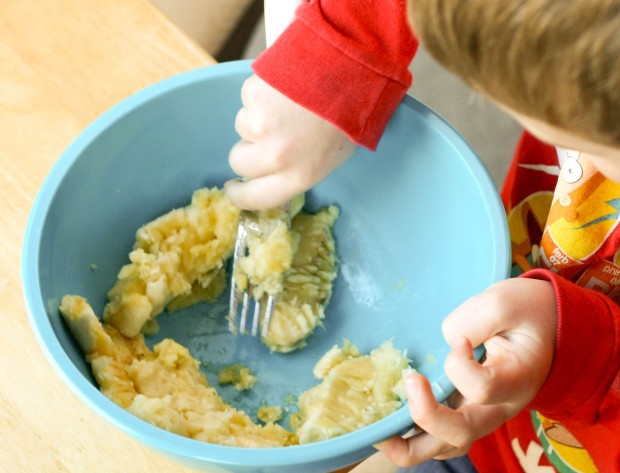 Then we creamed the butter and sugar together until creamy. Next we added vanilla, lemon juice (another new ingredient!) and the eggs.

Finally we mixed in the bananas and cream cheese. 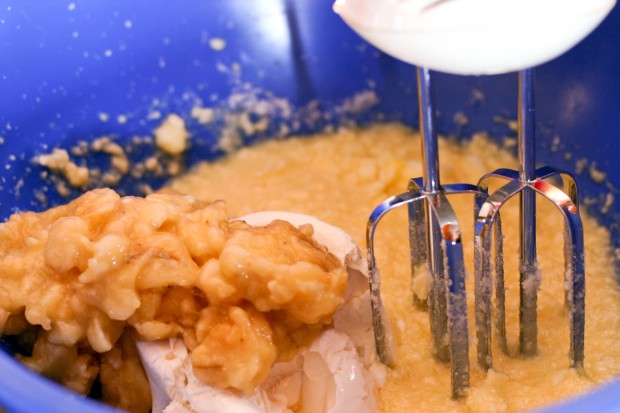 At this point, Mr. N was done. He’d had enough, but wouldn’t you know who came strolling into the kitchen with big eyes and a pouty lip. Yep, Miss A, who looked at me and said, “I thought I was your sous chef.” I was caught between laughter at the fact that she knows the word sous chef and heart-break that she thought she had been replaced. Not to worry though, after a big hug, she got to jump in for her favorite part – the pastry blender. Miss A took care of mixing up all the dry ingredients including flour, baking soda, salt and baking powder.

We then mixed the dry ingredients into the wet and poured it into our trusty loaf pan. Check out how much lighter in color this batter is than others we’ve done.

Now just for good measure (and since we sunk them last time) we’re again using Kelly’s idea of slicing some bananas over the top of the bread. 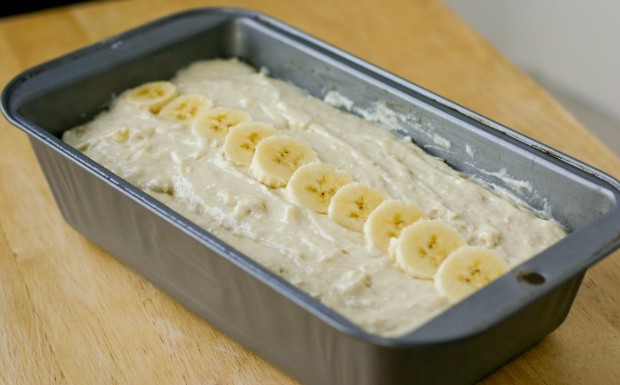 We baked the bread at 350F for 50 minutes and then cooled it in the pan for about 10 minutes.

The bread has a much lighter color and a crust similar to that of a loaf of bread. We were very curious about how this was going to taste – and dying to dig into those bananas across the top. Well, we didn’t wait long and why bother, nothing beats warm banana bread. (Well, lots of things beat warm banana bread – like this and this which are still stuck in my head but you get what we’re saying.)

The bread tasted about how it looked – a lot more like a bread than a dessert. It was lighter and had more of a bread-like texture than that of a cake. No matter though, the kids devoured it…and wanted more. 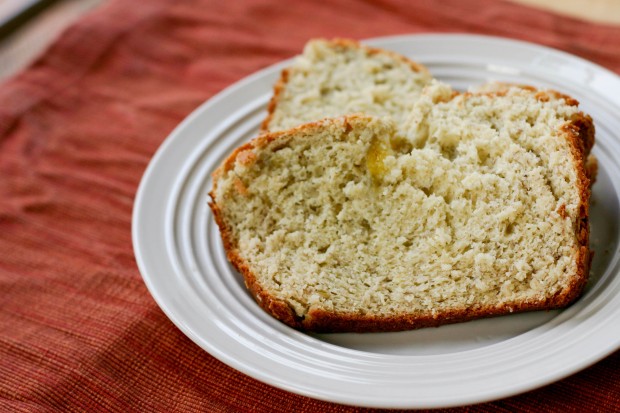 Mike seemed to really enjoy this version as well. I thought it was pretty good, but I know I prefer some of the others to this one. I think I’m partial to the brown sugar varieties. Again, only time will tell, and that time is coming in early January! What a feast that’s going to be…mmmmmmm. 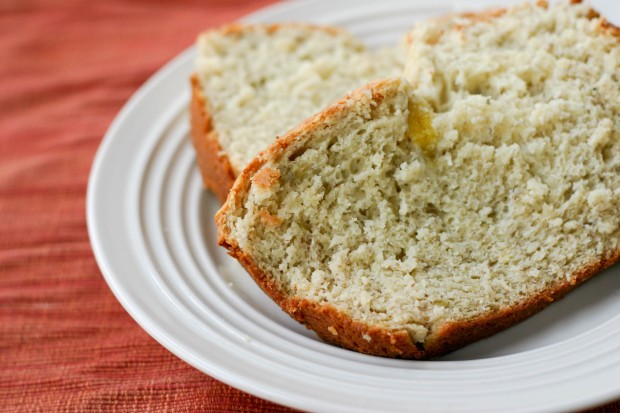 In the meantime, if you’d like to give this version a shot, you can find the recipe here: Mountain Sky Banana Bread