After a few stateside picks, we’re venturing off to our next international destination. This time we’re going to head off the coast of Florida to Bermuda. I don’t know much about Bermuda other than what I learned from Scooby Doo about the infamous Bermuda Triangle when I was a kid.

Mr. N is fascinated by the spooky folklore as well and has done some of his own digging into the stories. According to Wikipedia, “The Bermuda Triangle is also known as the Devil’s Triangle, and is a region in the western part of the North Atlantic Ocean where a number of aircraft and surface vessels allegedly disappeared under mysterious circumstances.” While we’re not planning to head into the triangle itself, we thought we would cook up a breakfast recipe from Bermuda today. Our selection – Bermuda French Toast was an absolute winner. Dad is still raving about it. Here to tell you about our recipe is our very own super sleuth, Mr. N. Take it away Mr. N….

First we melted the butter in a baking dish in the oven. 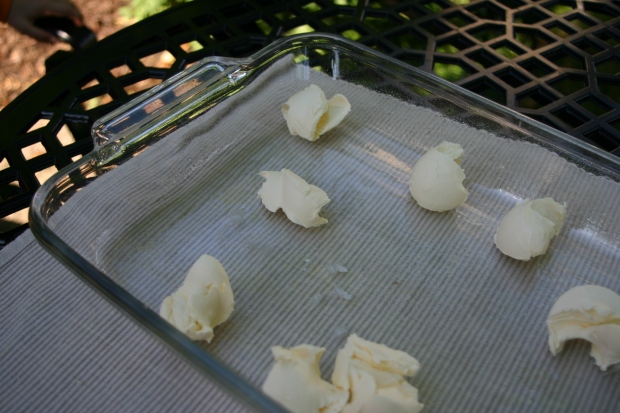 Then we mixed cinnamon, sugar and orange zest in a bowl. 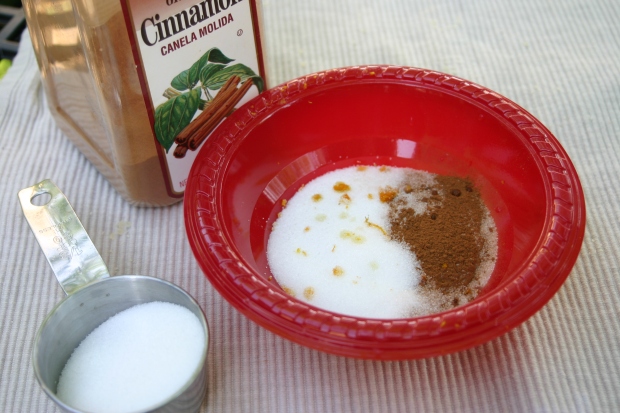 Then we got ready to juice oranges. We used a juicer, my favorite thing from cooking class.

I juiced three oranges. You have to squeeze really hard. It was fun. 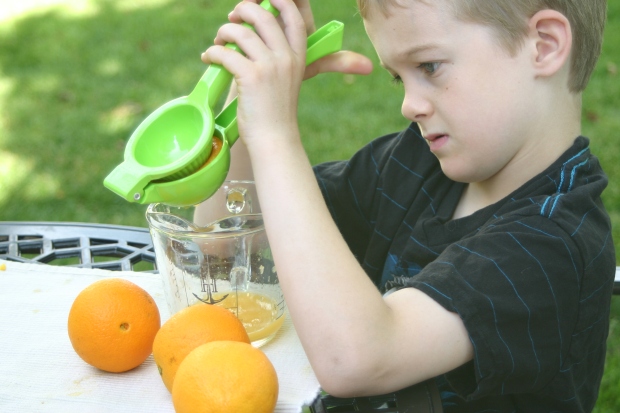 Miss A got to juice an orange too. She needed some help because she’s only two, but she is almost three. 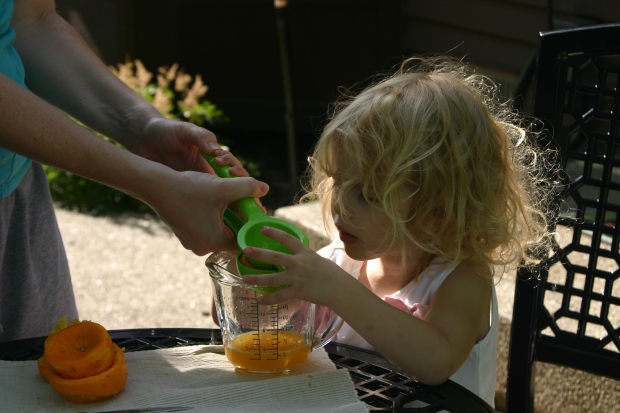 Miss A wanted to eat some because they were good. I licked one, but it’s not good without juice in it.

Next daddy poured the cinnamon stuff in the melted butter. 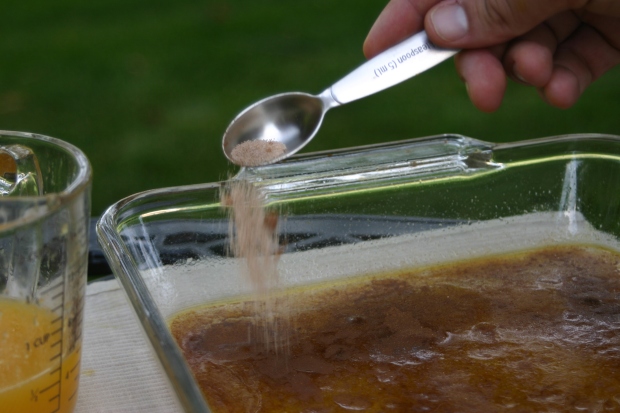 We mixed the fresh orange juice and the eggs to make sauce to dip the bread in. My mom learned how to crack an egg with one hand at our cooking class. She did a good job. 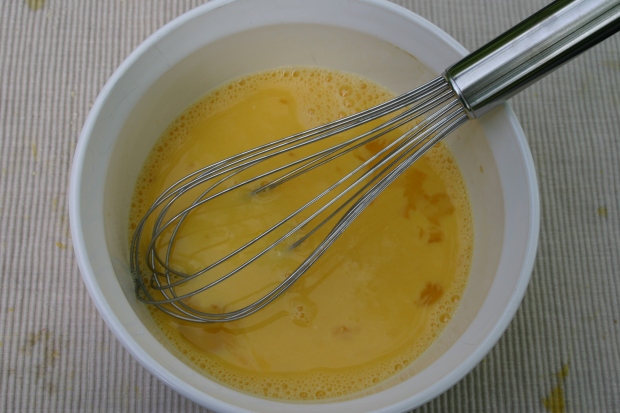 Mommy dipped the bread in the eggs and put it in the baking dish. (Mom’s note: We used day-old, unsliced, mini-Kaiser rolls cut the tops off, soaked them in the batter, and placed them bottom-side up in the melted butter in the baking dish.)

We baked the French toast in the oven for 25 minutes. It was 400F degrees.

While the French toast cooked, we cut banana pieces up and got out the brown sugar. Then we saw an ant trying to eat our bananas! The ants go marching one by one, hurrah, hurrah. Me and Miss A like that song. See him in the picture? Don’t worry, my mom got him.

Mommy’s going to write this part now. Mr. N and Miss A went to go play while I worked on the banana topping. I melted some butter in a frying pan and added a splash of rum and a splash of orange juice. Next I added the bananas and fried on one side for about two minutes before flipping. After flipping, I cooked them for two more minutes and topped them off with the brown sugar. I then let them cook for another five minutes at which point the French toast was ready to come out of the oven.

Finally breakfast was ready. I was very, very hungry. Mommy took the toast out of the oven and put them on the plates. (bottom-side down) Mommy also put banana sauce on top. I don’t usually like bananas, but I REALLY liked them this time.

I really liked this recipe because it was good and I liked the syrup a lot. I gave the sauce 4 spoons and the toast 3 spoons. Miss A gave it 4 spoons because she liked it all, and said she was a little fan. I think she meant a big fan, but she’s little. My mom and dad both gave it a 4 spoon vote. Daddy said it was his favorite cooking around the world recipe.

Looks like this toast mysteriously disappeared. How do you think it disappeared? I’m scared to go to Bermuda because I don’t want to disappear, but this French toast was really, really good. See you next time. Bye bye, Mr. N