As promised, we have finally returned to an international cooking post. Many of you know we first founded this blog as a way to try new foods and “to open our children up to other cultures around the world.” Well, it appears as though our efforts are paying off. A few weeks into the new school year, Miss A came home very excited that they had another new student in their 1st grade class.

Now anytime a new student arrives there is much excitement, but this particular student had a very unique story. He didn’t just relocate from another area school or even another state. He came all the way from another country! Miss A was beside herself with excitement, “He had to move here on a plane! And he came from really, really far away and he doesn’t know English!”

Miss A couldn’t remember where he came from, but she had an idea, “Maybe we could make a recipe from where he lives for the blog!” I was thrilled. Not only did we have our next country from which to cook, but we had a personal reason to learn about another country. Then her eyes got big and you could see the little wheels just spinning top speed and she said, “Maybe we could even make something for my whole class!” Genius.

With approval from her teacher we set about to find a recipe that would feed 24 while still leaving a few on-hand for us. The first task was to learn the new student’s home country. Miss A set about her duty and discovered he flew all the way to our little neck of the woods from Yemen. We then did a little research on the country and consulted the globe. Miss A and Mr. N were very impressed to learn that Yemen is more than 7,500 miles from our home. Talk about a major move!

Miss A gathered a few facts to share with her class and wrote them in her journal. We then found the website, Queen of Sheba Yemeni Recipes. I emailed the author and she graciously pointed me to a recipe that would be both easy to make and easy to serve individually wrapped – the Yemeni Ka’ak. Ka’ak is an Arabic word for cake and the Yemeni version of ka’ak is like a cross between a biscuit and a cookie. Some versions feature different flours or the addition of dates, but we went for the basic recipe.

Ka’ak is leavened by yeast – one of my worst fears, but fortunately Miss A is much more skilled with yeast than I. We opted to make the recipe using the stand mixer, best not to take chances, I figured. It’s a very basic dough recipe. Easy to follow and relatively quick to make. We made two batches to accommodate the quantity we needed for school. 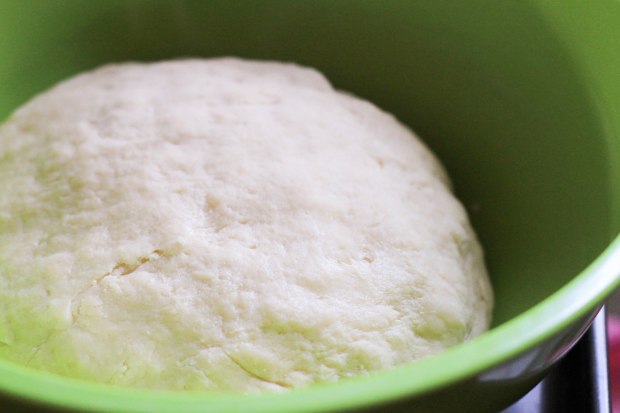 All four of us spent the afternoon in the kitchen making these, each having our own role to play in the process. It reminded me of another reason we started this blog, to spend time together in the kitchen learning about new foods, and about each other. We haven’t cooked like this in quite a while, so I’m grateful the day shaped up as it did. The kids are growing too fast!

As for the recipe, well, the dough didn’t rise like I expected, but it was not dense either. We were also not quite as skilled at shaping the ka’ak as the Queen, but should you want to try, her video tutorial is an excellent resource: https://www.youtube.com/watch?v=rmxNw-WpnfI. Overall, I was pleased with how these baked up. 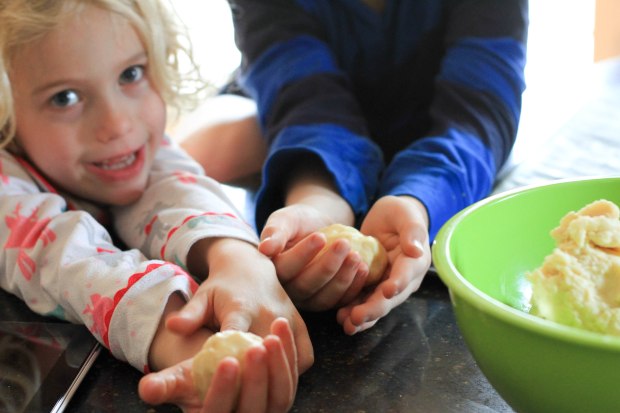 They weren’t as pretty as I’d hoped, but I imagine with a little practice that’s a solvable problem. As for cooking with yeast, well, it seemed to do just fine for us this go-round. I completely credit Miss A of course. While I was nervous about the dough’s lack of rising, the ka’ak fluffed up quite nicely in the baking process and had a light, fluffy texture with fabulous looking crumb.

Best of all, the ka’ak tasted wonderful! My research suggested that the ka’ak are served on special occasions or with afternoon tea, so I decided to enjoy mine with a cup of lemon grass green tea. It was a lovely complement to the tea and truly special straight from the oven. The ka’ak are light to eat but very filling, and a combination of subtle sweet and savory flavors. 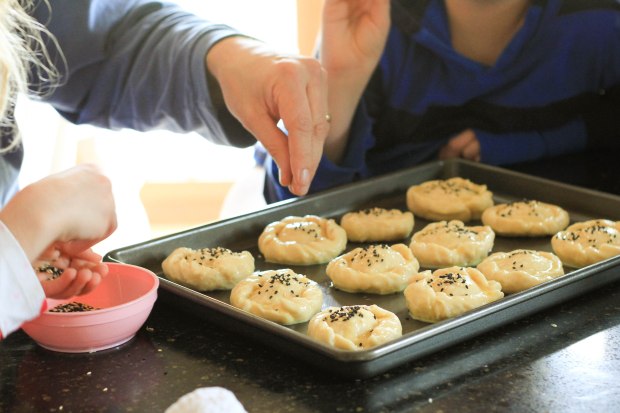 Mike and the kids loved their ka’ak as well; although they skipped the tea. But, do you know what this means? 4 spoons all around! Success! And with a yeast leavened recipe nonetheless. We haven’t had an all-around winner in a while, so this was quite exciting. No one wanted to stop with just one, but we restrained ourselves and packaged them up for Miss A’s classroom.

We wrapped 23 ka’ak for the students and teacher, and we packaged five for Miss A’s new Yemeni friend. She thought we should send one for his whole family. I can’t tell you how proud she made me with her thoughtfulness and generosity. While I hate to see them grow so quickly, I do love to see how they are developing into caring, thoughtful people. Again, it’s that bittersweet feeling that comes with being a parent.

That evening, we printed off 24 copies of the recipe and attached them to each bag. Miss A loaded them into a bag and got her journal ready for sharing with the class. Had you been in her class that day, she would have told you that Yemen is next to Saudi Arabia and two seas. It has mountains and its flag is red, white and black. It is in the Middle East which is part of Asia. Asia is a continent. She was very proud of all that she learned.

The students weren’t allowed to try the treats until they got home and their parents could make that decision. The next day half the class said they tried them and everyone seemed to like them. At least according to Miss A. As for the new Yemeni student, well, Miss A delivered his with a special note attached (which she did on her own). 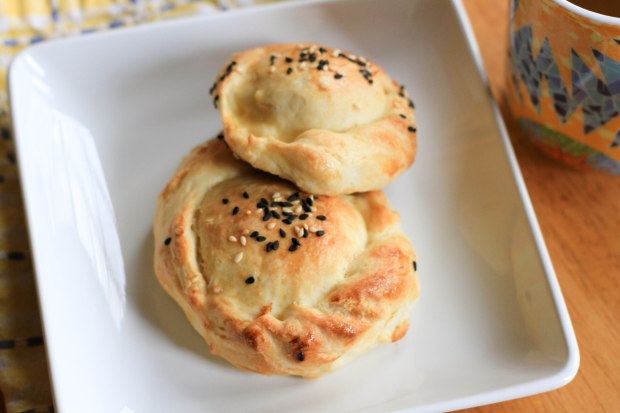 “I made ka’ak for you and your family. I am giving these to you since you had to leave your home behind and your friends. It would be scary to do that. We made these since the recipe is from Yemen. From your friend, Miss A.”

I asked Miss A if her Yemeni friend liked the ka’ak. She said, “He doesn’t talk English yet, but he knew what they were. He didn’t say much, but he smiled the whole time.”

Needless to say, I’m a proud Mama. Believe me, my kids aren’t angels and we have our fair share of emotions and challenges around here (daily when it comes to Miss A’s clothing), but that’s what makes these moments all the more precious. Parenthood is bittersweet. It’s exhausting, it’s challenging, it’s tedious, it’s joyous, it’s amazing and it’s enriching. It makes my heart sing and my heart ache. But I wouldn’t trade a single second of it for anything in the world. And while I expected parenthood, much like this blog, to be about teaching my children, I am continually amazed at how both teach me.