We’re back and today we have our last recipe from North Carolina. After all, we’ve got to get rolling with some Romanian dishes here soon too. In fact, stay tuned early next week for our first taste of Romania – it’s a twofer!

Now before we cross the Atlantic, we’re going to round out this culinary tour with a classic Southern dish inspired by our favorite restaurant from North Carolina, the Tupelo Honey Cafe. The moment I saw “Fried Green Tomatoes- served over goat cheese grits with basil” on the menu, I knew I was going to be sold. Sure enough Tupelo didn’t disappoint. The dish was fantastic! So of course we had to see if we could recreate the magic at home.

The first challenge was finding green tomatoes, but not to fear. You know we’re relentless in our quest for traditional ingredients. We wouldn’t let you down. 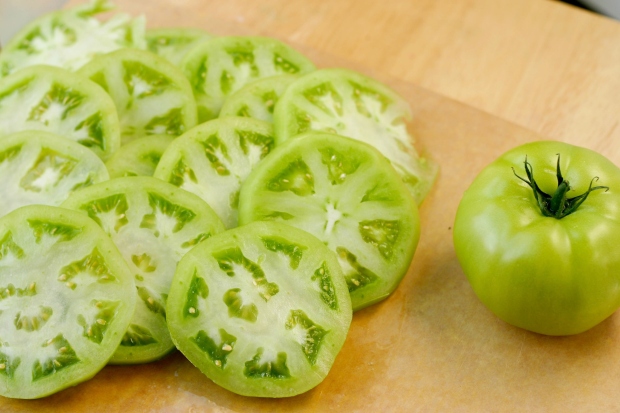 To begin, we prepared the breading. In the first bowl we combined two eggs with some milk, in the second whole wheat flour and in the third, a mix of cornmeal and bread crumbs. 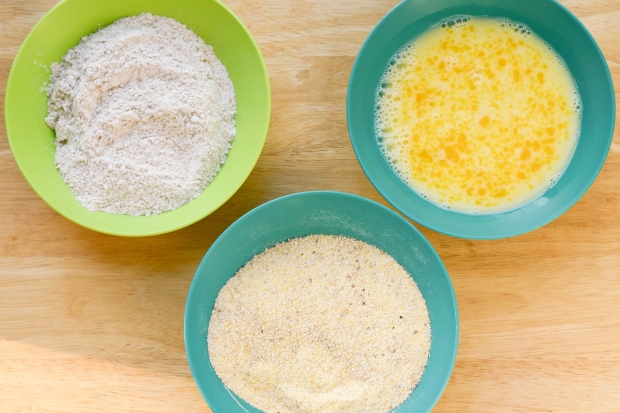 Next we grabbed the ingredients to start the grits including butter, cream, goat cheese and of course…grits! 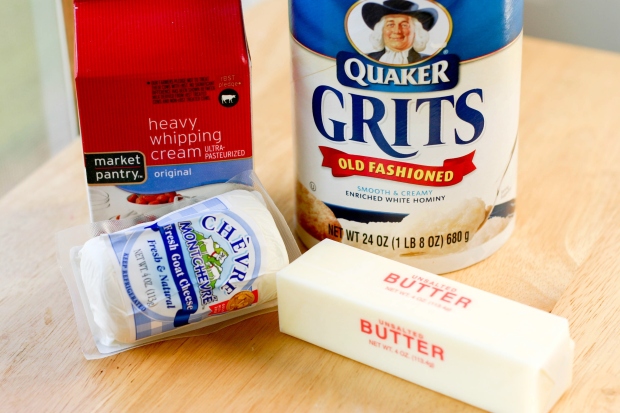 We prepared the dish by bringing the water to a boil and slowly stirring in the grits. We then reduced the heat and left the grits to thicken. In the meantime, we coated the tomatoes in the flour, dipped them in the egg mixture and then dredged them in the cornmeal and breadcrumbs. Then we dropped them into about 1/2-inch of heated canola oil to deep fry. 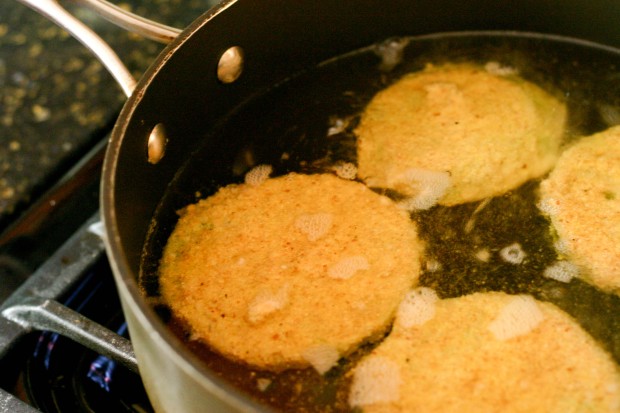 We fried the tomatoes until golden brown on both sides, then placed them on paper towels to drain. 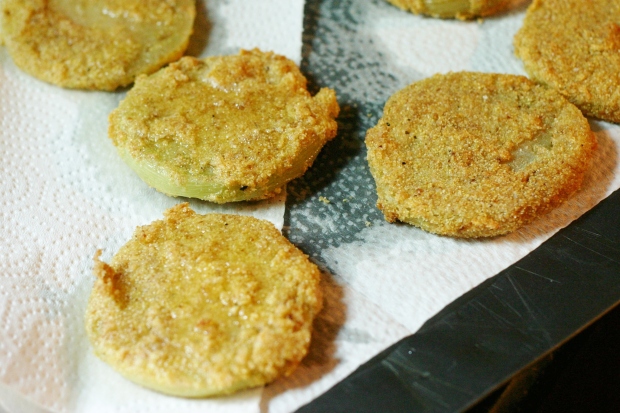 Next we turned back to the grits which were now nice and thick, and stirred in the butter, cream and cheese. Once incorporated we turned the grits out onto a platter (courtesy of my Great Grandma’s former restaurant!) and topped them with some basil. 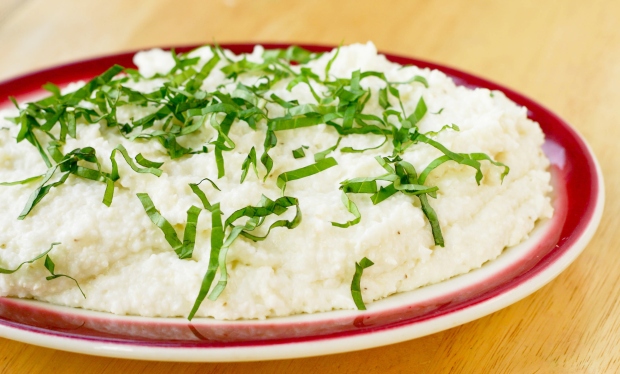 Then for the finishing touches we laid the fried green tomatoes on top for serving. Mmmmm. They were already making me drool. 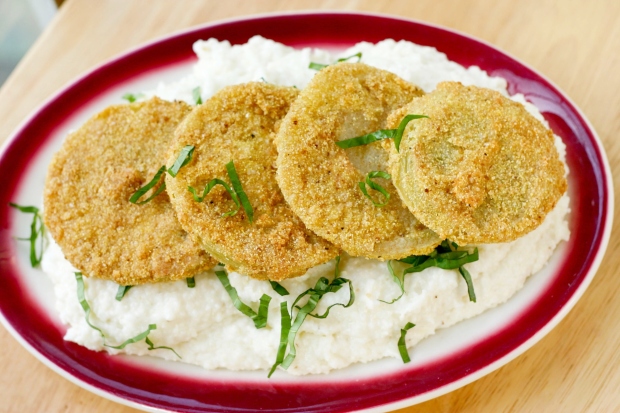 The kids on the other hand weren’t really very excited about grits and green tomatoes. I did try to explain to them that they like all kinds of foods fried that they don’t typically like unfried – fried mushrooms, fried zucchini, french fries to name a few. That seemed to help a little, at least the complaints stopped anyway. 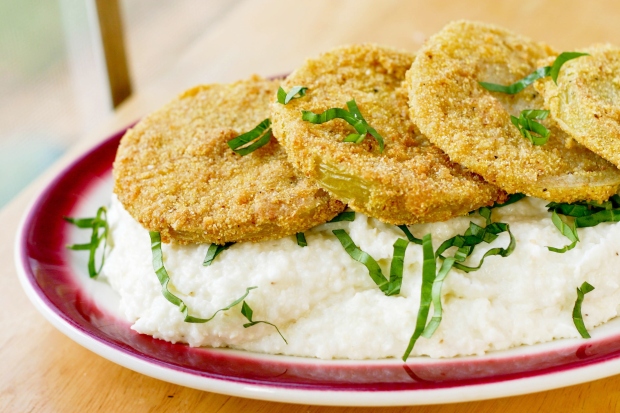 We then served our grits and greens alongside some Bourbon steak (which incidentally is much better in the quesadillas). 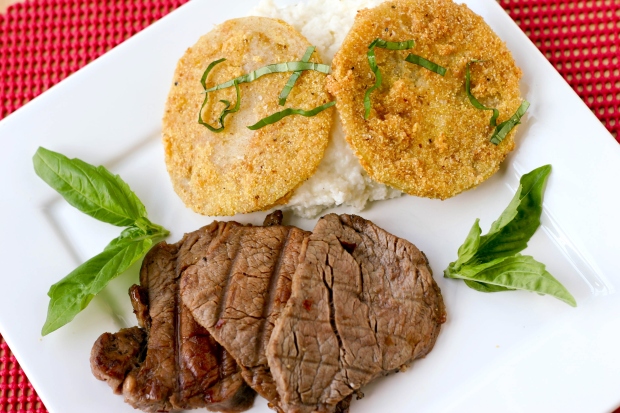 So how did our fried green tomatoes stack up to our memory? Well, the tomatoes were definitely close and darn delicious. They were tart, tangy and fried to perfection. And not surprisingly when it came to the kids, well, everything does taste better fried, right? They both gave the tomatoes 3 spoons. As did Mike. I was a bit more generous and gave them 4 spoons. I’m quite smitten with the flavor of green tomatoes. So what I want to know is does that count as eating my greens?! Probably not. Bummer. 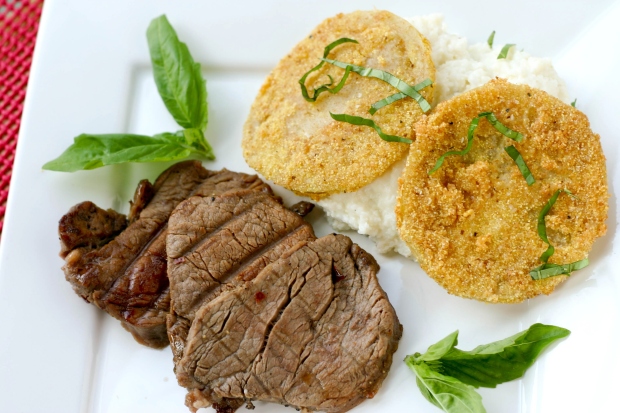 As for the grits, well, perhaps it’s our Yankee roots, but we just didn’t pull these off quite right. The flavor was dead on – the goat cheese and basil came together beautifully, but the texture was just not right. They were far too lumpy (perhaps they were Mama Bear’s grits). We have had some success with grits before. In fact, the last time we made them was much more successful. So, I think we’ll have to give them another go because the flavors really do go well together. As for spoon ratings, the grits were 2 spoons all around. Had it not been for the texture issue, they would have ranked higher. 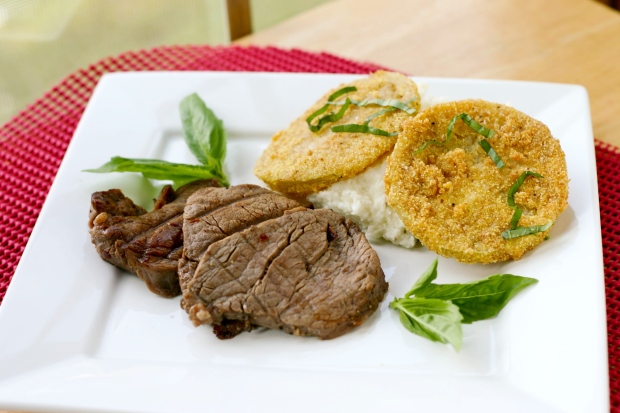 So that wraps up this culinary tour of the Tar Heel state. We’ll be back next week to kick off summer vacation with our first recipes from Romania and perhaps a special little treat. Until then, we’ll leave you with one more picture from our North Carolina getaway. It has been a good year for rainbows so far. Happy weekend everyone! 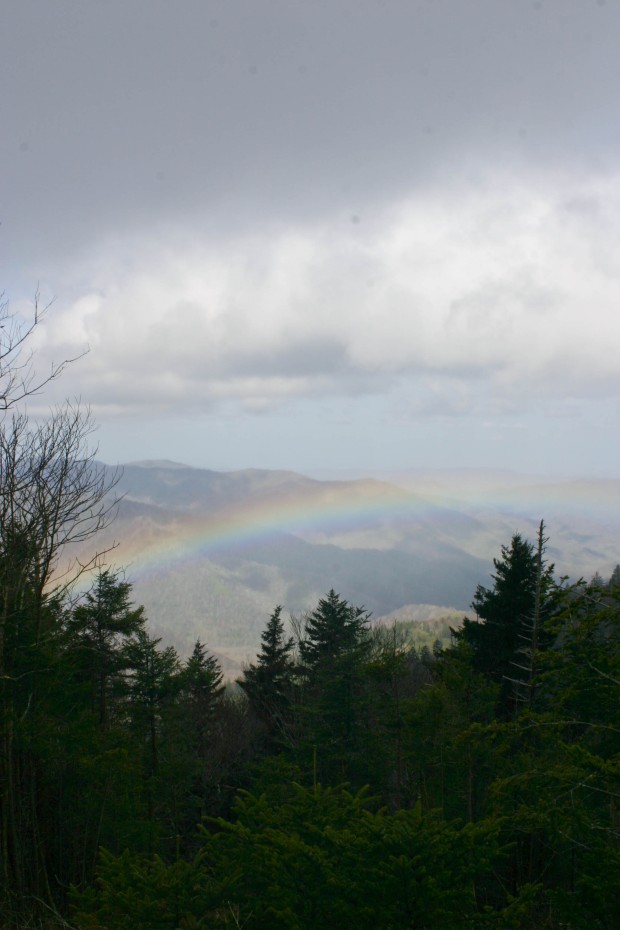 34 thoughts on “Gettin’ Down to the Nitty Gritty”