Before we bid adieu to our culinary tour of Greenland, we had to try one more recipe. Back when we made our Kalaallit Kaagiat (Greenlandic Cake), one of our commenters asked if it would make a good French toast. It also just so happened that we had recently printed off Linda’s recipe for Grand Marnier French Toast over at Savoring Every Bite. And having just purchased a bottle of Grand Marnier for our Greenlandic Coffee, well, you know where this is going…

Linda’s recipe suggests Pannetone bread and after looking up a recipe, it’s really rather similar to the Greenlandic cake. Who were we to argue with Kismet, so Miss A and I set out to make another loaf. She again handled all the kneading, this is really her bread after all. However, this time we placed the dough in a loaf pan to create a more traditional shaped bread. Or as Miss A explained, it needs walls so it doesn’t grow.

She again mastered this recipe with ease. 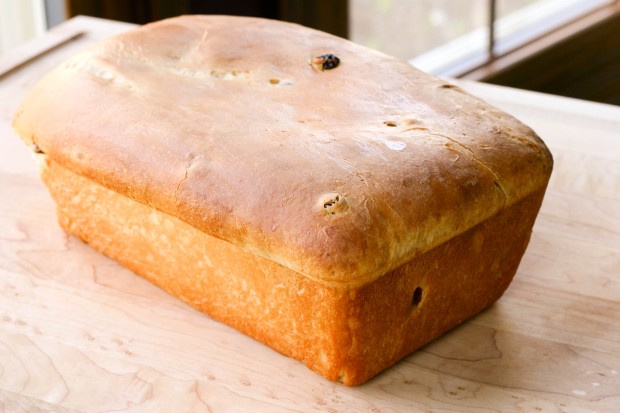 We then let the bread sit for a few days before making our French toast which was pretty straight-forward. Miss A juiced the oranges for batter. 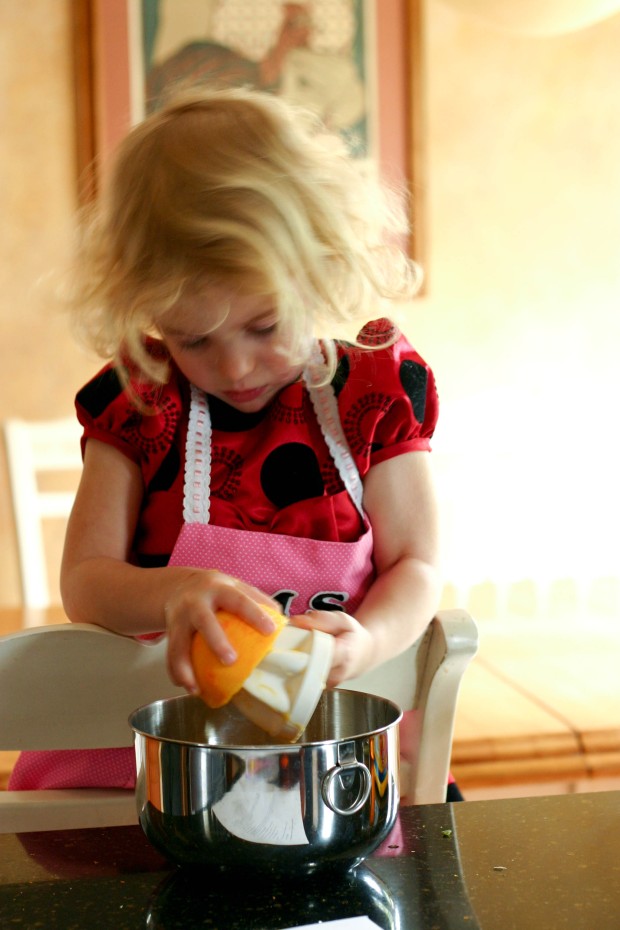 Mr. N took care of whisking the ingredients all together.

And then pouring the batter into a baking dish where we placed the slices of bread to soak up the batter.

After soaking the bread for several minutes we turned them to soak the other side.

We then fried them up on the griddle until golden brown.

In the meantime, Mike prepared our sauce. Linda’s recipe called for orange blossom honey, which we didn’t have on hand, so we added a splash of orange blossom water to our ingredients.

The sauce thickened up beautifully and smelled wonderful.

We served the Grand Greenlandic French Toast with some fruit and Linda’s orange syrup. It was out of this world good. The bread held up wonderfully as French toast and the citrus infusion was so refreshing. 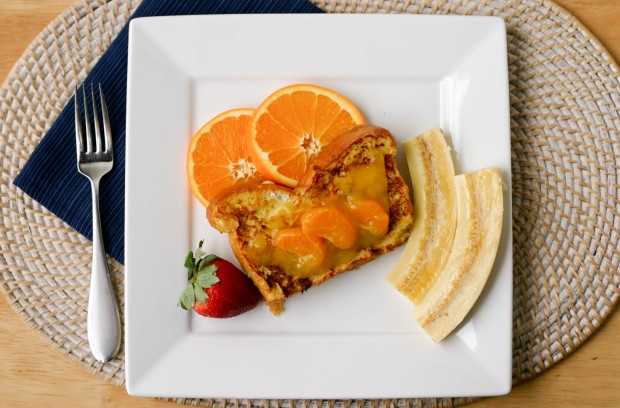 This was easily a 4 spoon French toast and we’re likely to see this one in the finals next year; although that said, it’s tough competition so far. 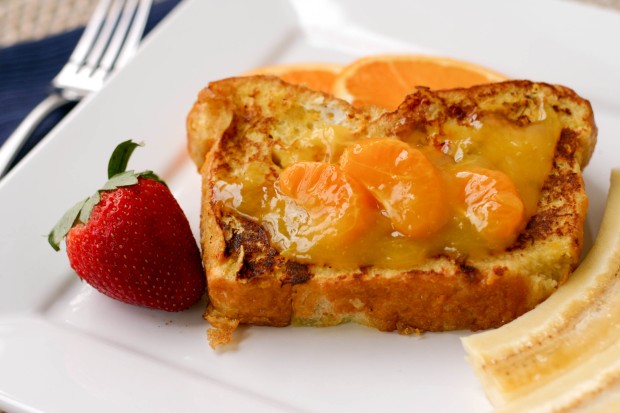 Now for a quick story about our little princess who you’ll notice was dolled up for the occasion. This time she donned her best dress for her cousin’s birthday party. I believe she was dressed by 7:30 a.m. and the party wasn’t until 2 p.m. No matter, she was ready. But this story has to do with this past Easter weekend. Sunday morning as Mike was making deviled eggs and I was busy with something or other, Miss A called to Mike from the living room and asked if she could please have her juice. He said his hands were messy at the moment, but could bring it to her in a few minutes, or she could come out and get it. It was on the counter after all.

Well, Miss A was not having that. She pleaded and pleaded with Mike who stuck to his answer. She then turned to me, but I was also in the midst of something and told her she could walk one room over to get her drink. Next she turned to Mr. N and asked him with her most sweet voice. He looked at her like she was nuts. So with all of her options run out, she walked over to the steps and sat down to cry, telling us that we all made her sad. (Mind you the steps are an equal distance from the couch as her cup.) When no one gave in to her clear attempt at guilting us into submission, she then walked out to the kitchen and told Mike she would help him with the deviled eggs. And she did, from the same counter on which her juice was sitting. Once finished, she promptly walked back out to the couch, sat down and asked her daddy, “Now that you’re done with the eggs, will you please bring me my juice?” 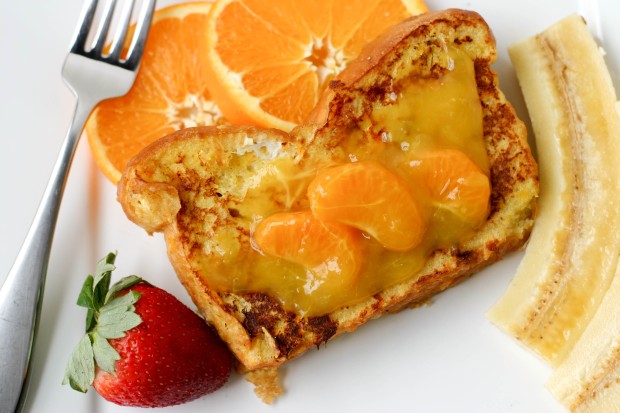 Life is certainly grand when you’re a princess. And I have to say, Linda, this little princess LOVED your orange sauce. She was literally spooning it out of the pan after breakfast. I can’t say that I blame her either! Now whether this French toast ends up champion remains to be seen, but I can honestly say it’s definitely one worth trying in the meantime. Cheers and we’ll see you later in the week with our very first recipe from….now did you really think I was going to give it away?! Have a great week everyone!