It’s March Madness time, and that means basketb–er, French Toast.  As regular readers are aware, this year we’re trying French Toast recipes that we’ll seed into a final four-style showdown to determine the best of the best next March.  One great thing about March Madness on the basketball court is the history of rags-to-riches stories of lesser-known teams rising up and taking down the giants of the game.  Sadly, as bluebloods Kansas and Kentucky get set to square off tomorrow for the 2012 NCAA basketball title, there will be no Cinderella on the court this year.

But fear not, French Toast fans, as Eat, Play, Love brings you the first Cinderella story in the battle for French Toast Supremacy.

We were honored to be chosen by the Shiksa in the Kitchen to contribute a recipe to her virtual Passover Potluck, so we decided to make Kosher French Toast.  Now, we’re not Jewish and have no experience with Kosher cooking, so we had quite a lot of nerves for this one.  How would this recipe fare under the bright lights of Tori’s wonderful blog?  In college basketball parlance, we expected this recipe to perform something like a 13-seed.

The recipe details and story can be found here, but let’s just say we got off to a rocky start.  We didn’t realize when we started that there was a distinction between foods that are “Kosher” and foods that are “Kosher for Passover” so it took several grocery stores and finally the internet to track down all our ingredients.  Then we had to take on the cake, not a good matchup for us, without the benefit of a leavening agent.  Things weren’t looking up for this underdog recipe when we struggled getting it out of the pan.  Fortunately, we had Mr. N and Miss A on our team. 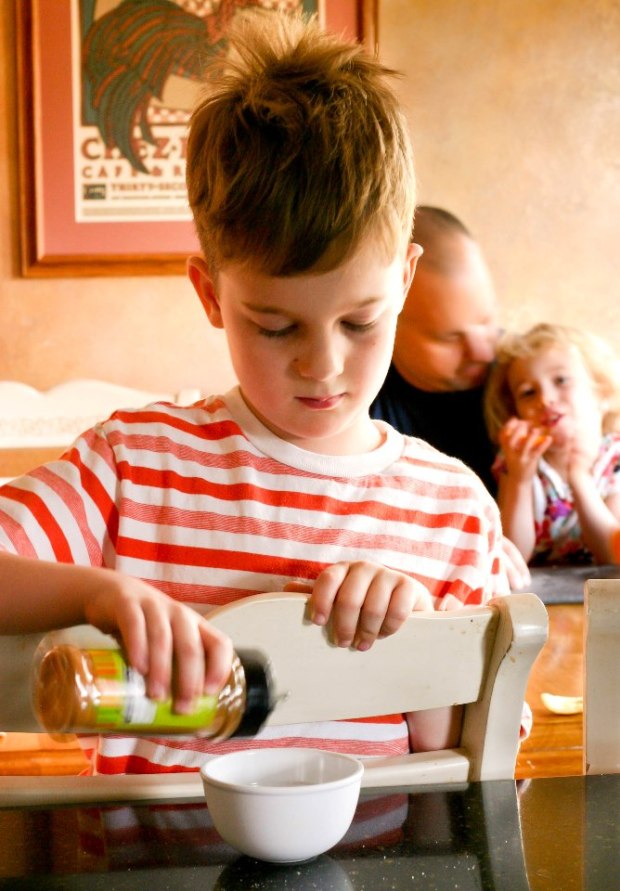 The comeback began when we tasted the little burnt drippings from the edge of the pan.  It got more interesting when we sampled the stuff that got stuck in the pan when we took it out.  This plucky little recipe was starting to look pretty good.  Still, there was this mangled mess of gooey, doughy, eggy scraps on the plate as Kristy began to slice it.  They may not have looked quite right, but I couldn’t stop eating them.

There’s still much French Toast to be made in our tournament, but I wouldn’t be surprised at all to see Passover French Toast in our final four next year.  In the meantime, head on over to enjoy The Shiksa’s Passover Potluck and please follow along with us in our search for the best French Toast. Thanks again Tori! It was an honor.