State night is back! This week Miss A is taking us to Utah. Utah has to be one of the most beautiful states Mike and I have ever seen. We spent a few days touring its many national parks on one of our cross-country trips before the kids were born, so we were happy to revisit some of those memories.

Surprisingly though, it was hard to find traditional recipes from the Beehive state. The state fruit is the cherry, but we covered those in Michigan; the state historic vegetable is the sugar beet, and you know how we feel about those (if you don’t here’s a refresher); and the state snack is Jell-O, but well, after Lisa’s post on its mystery ingredients, we can’t bring ourselves to eat it. Then we came across several recipes for the Mormon Johnnycake – done deal. We can do that and it just so happens it was a good match for a Nicaraguan dinner we’ll share later this week.

We started by combining the wet ingredients – eggs, buttermilk and molasses – in a mixing bowl.

Mr. N whisked them together for us. That little smile on his face…I called him Chef. I think he rather liked the sound of that.

Next we sifted together some flour, baking soda and salt and measured out the corn meal.

Mr. N practiced his whisking skills by slowly incorporating the dry ingredients into the wet ingredients. Look at him go!

Before we poured the batter into our cast iron skillet, we mixed in a few tablespoons of melted butter. Then it was ready to go. 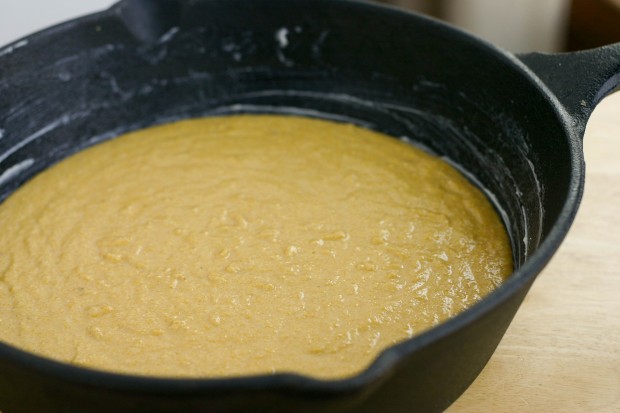 We baked the Johnnycake for 20 minutes at 425F at which point it was beautifully golden brown. 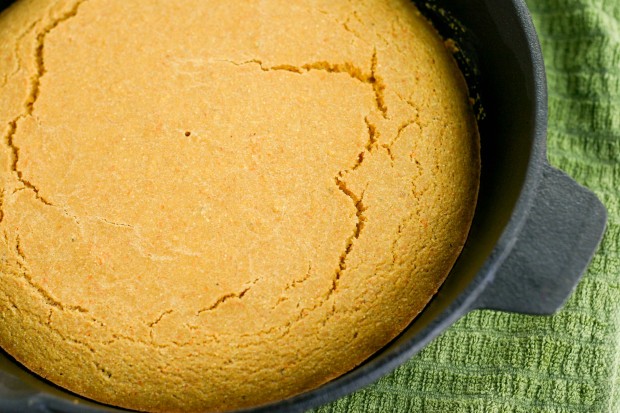 Then we served our bread with our Nicaraguan steak and beans dinner. Nicaragua meet Utah. 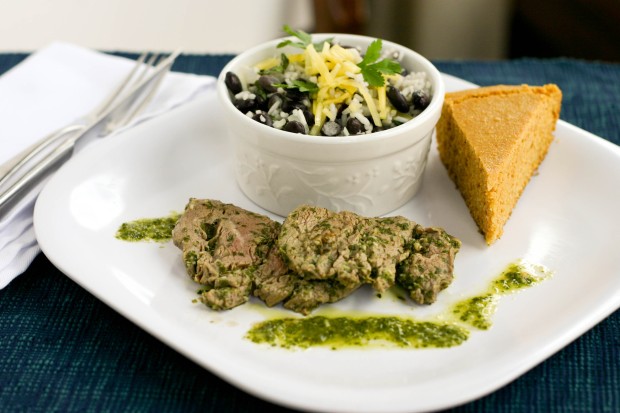 The Johnnycake was a hit right out of the gate with Mike. He immediately gave it 3 solid spoons. It was also an instant 1 spoon from Miss A who took a bite and said, “One spoon. I hate this cake. It’s not cake.” I suppose she was expecting more of a dessert cake.

Mr. N and I initially broke the same way as Mike and Miss A with our votes. He came in with 3 spoons and I came in with 1 spoon. I typically enjoy cornbread, but this particular version was not working for me…until, that is, it was drizzled with some agave.

Now this is what I’m talking about! This simple little adjustment took it from 1 spoon to 3 spoons for me. It also took Mr. N from 3 spoons to a full 4 spoon ranking.

Mike also enjoyed the agave with the Johnnycake, but he was already digging it to begin with. And as for Miss A, well the agave couldn’t save this cake. I don’t think anything short of icing and some candles would have done it for her.

Overall, I think the Johnnycake will grace our table again, but next time we’ll likely add some of our favorite cornbread fixings to the list of ingredients (think cheese, jalapeños, corn kernels, etc.). Still it was fun to try a new traditional recipe from beautiful, beautiful Utah.