We just returned home from a short (but wonderful) visit back to our old home town in Minnesota, so we’re going to keep this one brief. Along with our Gruyère Stuffed French Toast the other day, we  made another recipe from Washington. This one comes from the Washington State Potato Commission and is a twist on the typical hash brown side dish. You guessed it – Apple Hash.

We started by heating onions, salt, pepper and olive oil over medium heat. After a few minutes we added some chopped Yukon gold potatoes. 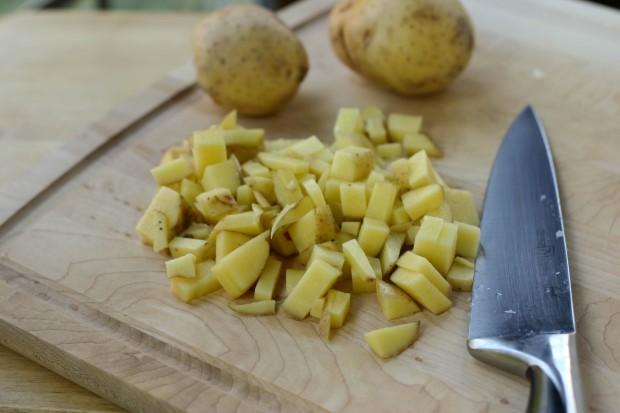 We cooked the potatoes for about 10 minutes and then tossed in some apples, butter and fresh thyme.

After another 15 minutes, the apple hash was ready to serve.

As you know, we ate it alongside our fancy stuffed French toast, but it didn’t quite measure up to that stuffed goodness.

It earned a solid 2 spoons from all of us. It’s not that it didn’t taste good, we were just hoping for something a little less ordinary. I think it could easily be better with a bit more seasoning – more salt, some rosemary and perhaps coriander. 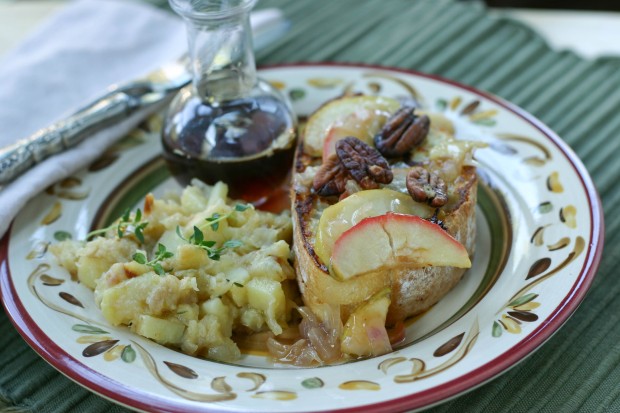 So it’s not that we don’t recommend this recipe. It has definite potential and we may even give it another go, but next time we’ll put a bit of our own spin on it. Now, off to unpack and get ready for the week ahead including another recipe from Wales for ya!