Today is our last post from our Spanish adventures – for now. I know Spain will continue to call us back and I look forward, with great anticipation, to returning. As we mentioned last time Spain had a way of presenting exactly what we needed at every corner, and these last three days in Getaria, along Spain’s northern coast in the Basque region were no exception.

While the Costa del Sol infused us with energy, wonder and joy, the Basque region offered us peace and introspection. It slowed us down and lulled us into a comfortable state of bliss. It kept us locked securely in the present, while neatly wrapping up the past so that it will last a lifetime.

After spending the first five weeks largely on the road, we knew we needed a rest, especially as we still had another two weeks of travel before our planned arrival in Poland. So, we rented an apartment with a view we knew we wouldn’t want to leave. Seriously – I did not want to leave. Ever. It was better than we could have imagined. All of us were smitten. The ocean has a way of doing that. 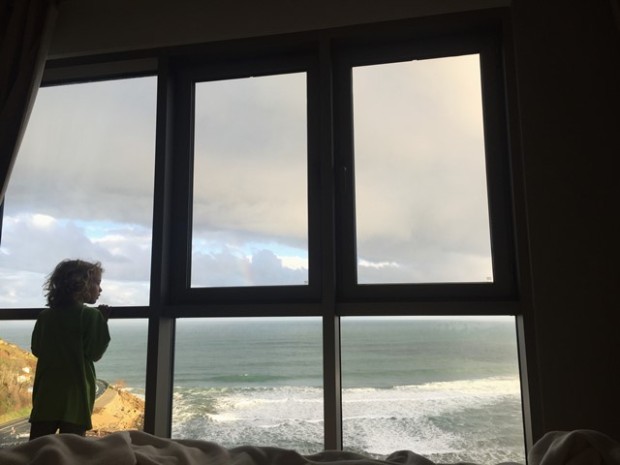 The first evening in our Basque apartment we drove into town and found the local grocery. We stocked up on three days worth of food and then drove back to the apartment. We didn’t leave again until it was time to go. We spent these three glorious days recouping, relaxing and enjoying each other. We played cards, listened to music, wrote in our journals, talked, cooked and watched the ocean for hours (and hours) on end. 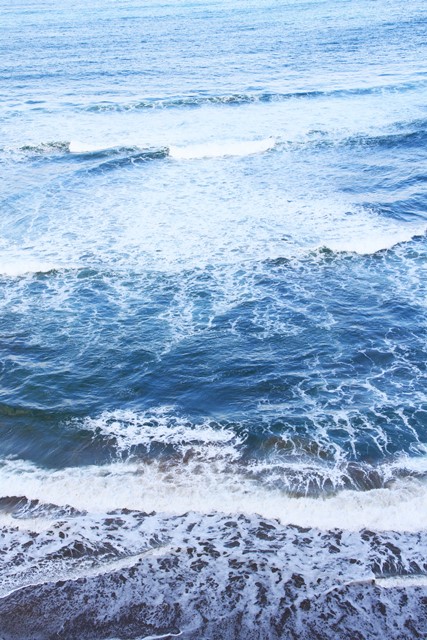 I have no doubt there’s much to explore in the Basque region, both on the French and Spanish sides, but it will have to wait for another trip. We know we simply can’t squeeze it all in, and that sometimes we just have to do what’s best for us. This was one such time. But believe me, we were quite content. Spain, again, delivered. These few days will easily go down as some of our best and most memorable. They were family days. 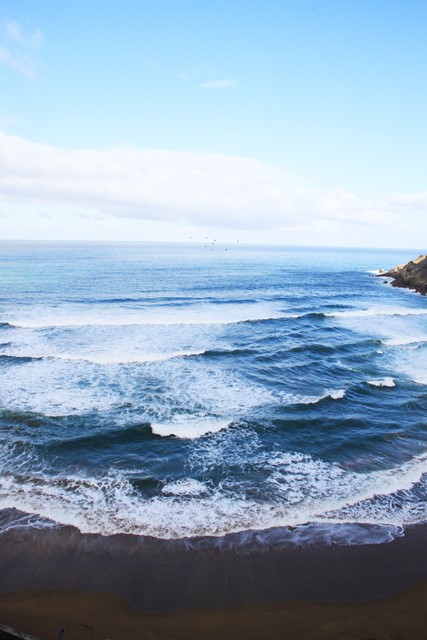 But, while we may not have had time to explore, we did take a crack at whipping up a Basque-style meal to enjoy with one of our many bottles of Spanish wine picked up along our journey.

Being as how the ocean was at our doorstop, we had a good feeling that the seafood in this region was the way to go. And were we right! Our meal? A Basque-style Cod with fresh Atlantic cod (and some Spanish jamón tossed in for good measure).

To serve along side the fish, we chose a Basque-style sauce made with onions, peppers, tomatoes and seasonings. Now, it’s not always easy to cook in vacation home kitchens. Not only do they often lack necessary cooking tools and equipment, but they oftend don’t have spices and seasonings (nor would I use them if they did because who knows how long they’ve sat there). Fortunately for us my thoughtful sister gave me a box of travel spices that have been indispensible. They were one of the first things I packed! (Thank you Sister!!! I miss you!) 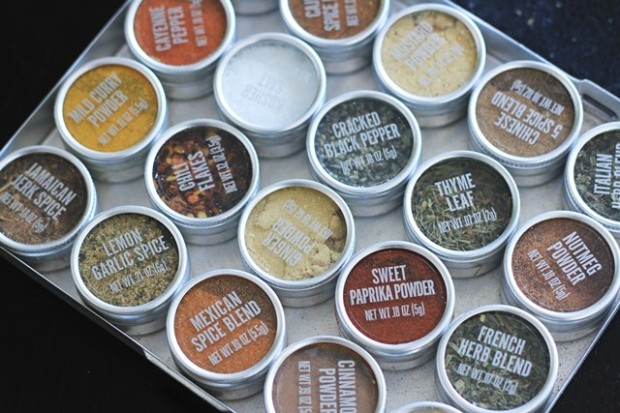 For this dish thyme, cayenne, garlic powder, salt and pepper came in very handy. We first seasoned the fish with the salt, pepper and garlic. Then we turned to making the sauce. Simply sauté onions, garlic, peppers and tomatoes.

Red wine, thyme and cayenne are also added and the sauce simmers for a while.

For the fish, we simply cooked it in olive oil for 5-7 minutes on one side and 2-3 minutes on the other. We tossed the jamón in with the fish for the last few minutes to warm it. 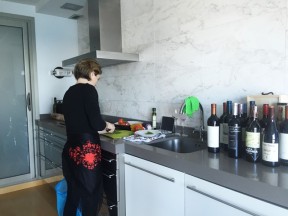 We served the sauce with the fish (which didn’t come out of the pan quite as easily as expected, but it was good and flaky!).

And despite its lackluster appearance, it tasted phenomenal. That was some of the best cod I’ve ever tasted. So meaty, rich and buttery. Amazing! The sauce was equally as good. Fresh, slightly sweet and almost a meal in and of itself.

While both the fish and the sauce were delicious, we actually preferred them separately than together. Overall the Basque-style cod earned 2-1/2 spoons from Mr. N, Mike and I and 1 spoon from Miss A (she’s not a big fan of fresh vegetable-laden sauce). However, on their own the fish earned substantially higher points coming in at 4 spoons from all four of us; and the sauce earned 4 spoons from me, 3 from Mike and Mr. N and 1 from Miss A. 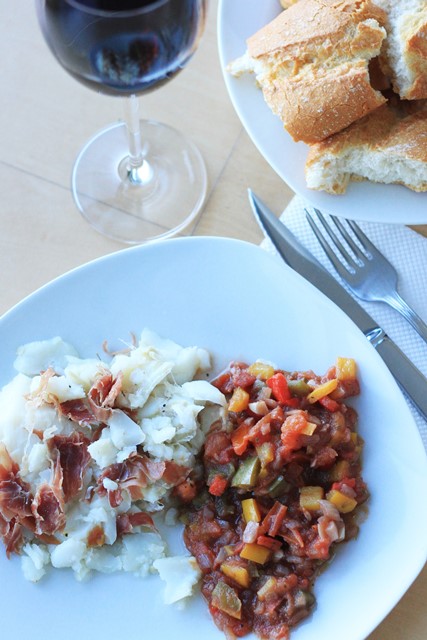 The meal was a success overall, but it was the view that stole the show.

It was the perfect way to round-out our Spanish adventures. We left satisfied, rested, happy, peaceful and already craving more. 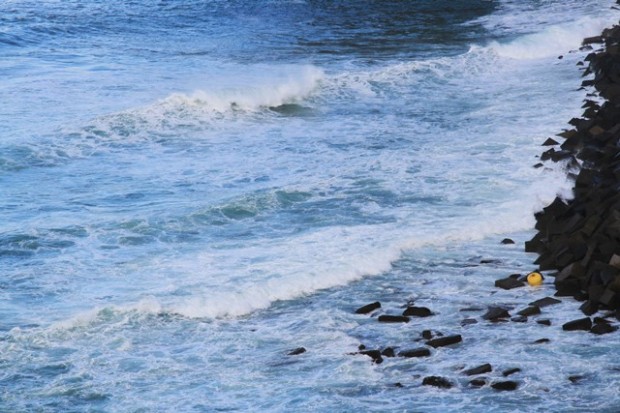 In the next week or so, we’ll be posting more frequently than normal as we try and get ourselves somewhat caught up on our adventures. So stay tuned because even though we’re moving on from this amazing Spanish adventure, we still have Bordeaux, Burgundy, the Alsace and a brief stop-over in Germany before we begin highlighting our adventures throughout Eastern Europe!

Until then, I’ll leave you with a few words from President John F. Kennedy. They summed up our time in Getaria word for word. 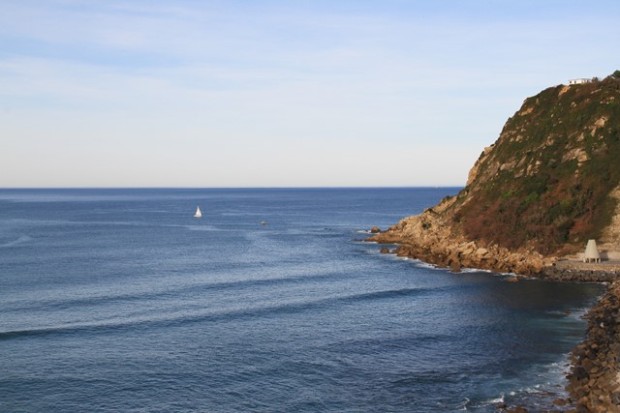 “We are tied to the ocean. And when we go back to the sea, whether it is to sail or watch – we are going back from whence we came.”

What we discovered about Spain, uncovered in ourselves, and revealed within each other, was soaked in and internalized on levels I never knew possible. These were perfect days. They will forever be part of who we are and who will become.

To Spain we say, “Thank you. And we will see you again.”

9 thoughts on “Until Next Time”