Well, for those of you that tuned in Saturday only to be taken to a dead link, my apologies. Hopefully this will be worth your wait! Last month, as you may recall, Mr. N enjoyed a “pie” for his birthday meal of choice. It was an easy decision for him. Miss A, however, took her time deliberating.

Perhaps she was too busy preparing for her big show weekend as Bert Healy in a musical production of “Annie.” Miss A has watched Mr. N perform for years and last year decided to take it up herself through summer camp. She had so much fun singing and dancing, she insisted on going back again this summer. Needless to say, if you want to know any words from the soundtrack, just let me know. After four weeks of Miss A’s nightly rehearsals in our living room, we’ve got you covered!

With her love of all things song and dance, would you be surprised that she picked a Rock Diva theme for her 7th birthday party this year? (Ironically, and I just realized this right now, my 7th birthday was Madonna themed!) 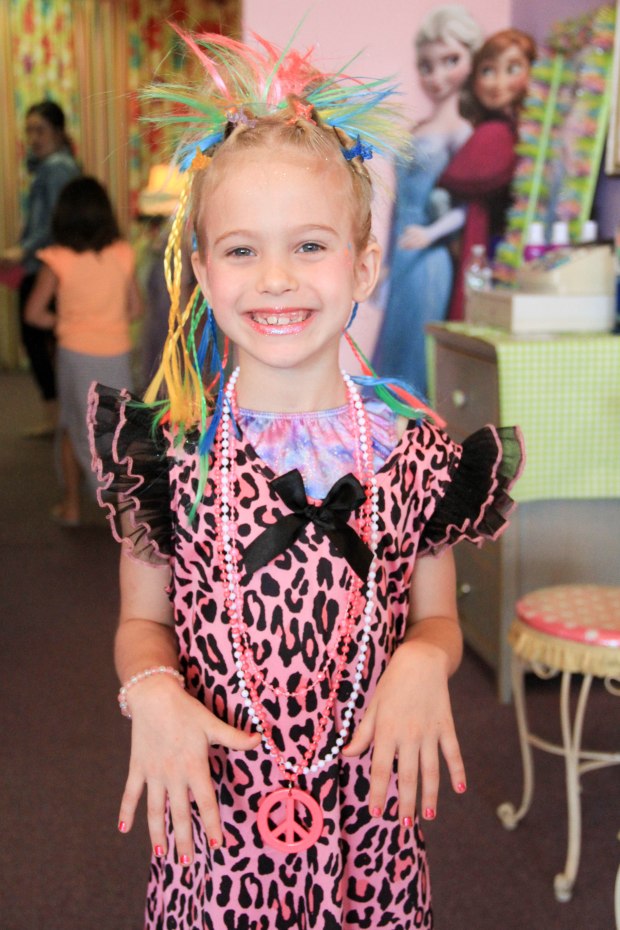 The party was perfectly suited to Miss A. We walked into the venue promptly at 10:30 a.m. on a Sunday morning and were greeted by very enthusiastic high school girls (our party hosts) squealing in delight over the birthday girl, and Taylor Swift blasting through the speakers. After a moment of stunned sensory overload, Mike and I noticed Miss A had already been whisked away for her costume change. She and her friends picked costumes and then had their hair, nails and make-up done. Once they were proper divas, they bounded up on a stage and performed karaoke all morning long. (Need to know the words to any Taylor Swift songs? I know all those now too!) 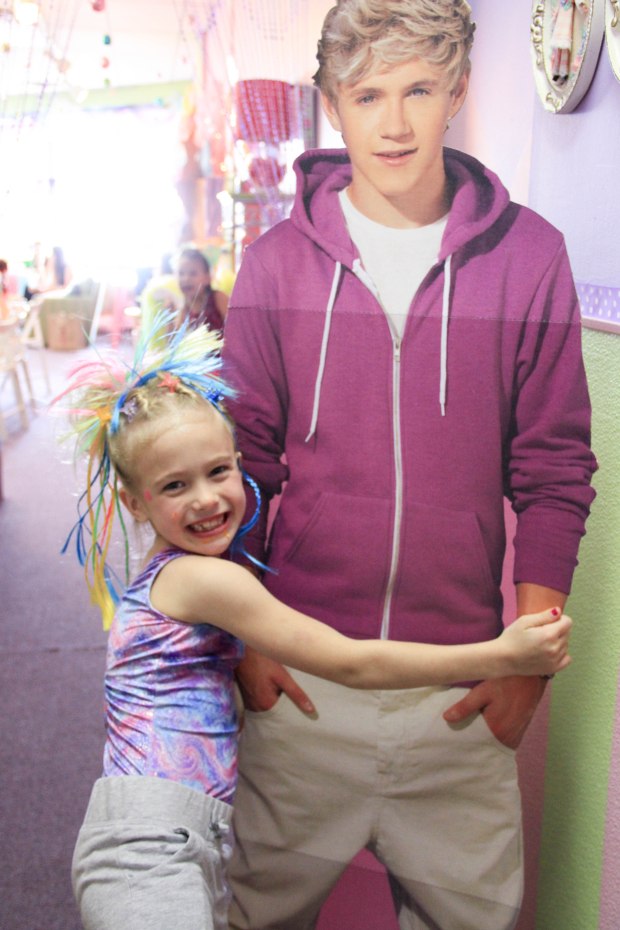 The girls all seemed to enjoy the festivities, especially Miss A who had a smile on her face the entire morning. So did I as I didn’t even have to make the cake! 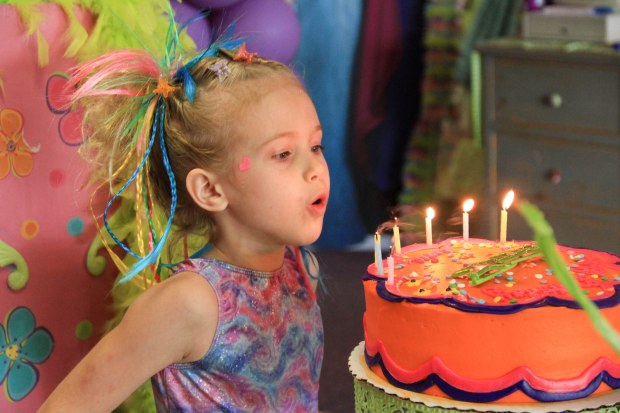 Or worry about any of the clean-up! Great idea for a party Miss A.

After Miss A was all rock diva’d out, we then prepared for her special birthday meal. In past years she has chosen some rather interesting and sometimes sophisticated options for her birthdays. One year I was tasked with making a sourdough bread and chocolate balsamic cookies (which I didn’t even know existed). Another year it was BBQ ribs and cherry crisp. This year, she again demonstrated her love for gourmet food and chose a Truffled Lobster Mac & Cheese. 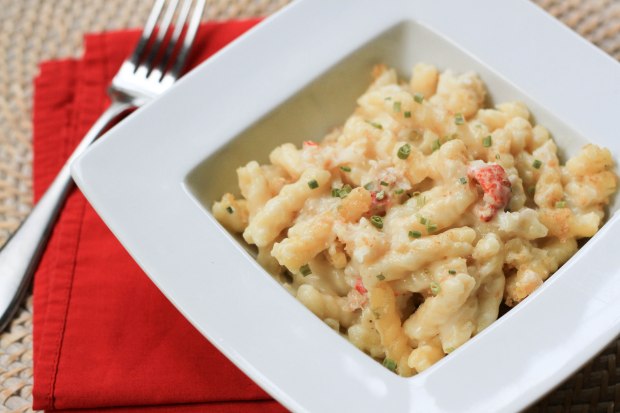 I think it’s fair to say, we were all excited for her birthday dinner this year! We boiled four lobster tails and shredded the meat, which was plenty for our family. We also chose to use Dubliner Cheese and Gruyere as well as shallots and garlic.

We livened the dish up a little with a bit of Dijon mustard, nutmeg and chives. We also topped the lobster mac with breadcrumbs and of course, the truffle salt, before baking.

The mac and cheese only took about an hour to bake, but goodness did I have a lot of dishes! A pot for boiling noodles, a skillet for the garlic and shallots, a pot to boil the lobster, etc. It was definitely not a one-pot meal or an easy clean-up. That said, it was out of this world delicious! It was creamy, cheesy and delightful with the sweetness of the lobster. It easily earned 4 spoons from every one of us! (As do most of our lobster dishes – I’m noticing a pattern there.)

The only thing I might do differently (if it wasn’t for Miss A’s consumption that is) was to add a little cayenne pepper. I think a bit of heat would have been the perfect complement to round out the dish; however, Miss A likely has a few more years before she develops a palate for spicy foods. Then again, you never know with this little firecracker!

It’s amazing to think that Miss A was only two and Mr. N only six when we started this blog. Their tastes have certainly come a long way; and I have a feeling they’ll come along even more over the course of the next year. But more on that soon…