This is our final birthday post of the summer. We’ve been finished celebrating for a few weeks now and are just about ready to get back to our international and stateside cooking…just in time for school to start. Where did this summer go?! (Well, maybe we have some idea where this summer went.) 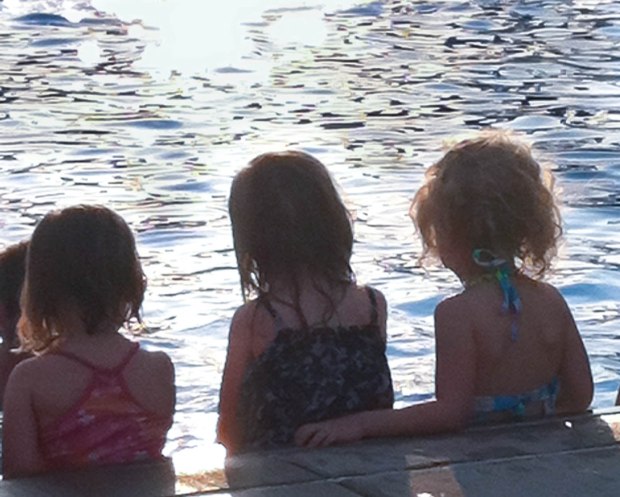 Anyway, as many of you may remember, the kids get to request a special birthday meal and dessert as part of their birthday celebrations. Mr. N requested Sesame Chicken and his rather elaborate homemade birthday cake. Well, Miss A took it a little easier on me this year. She wanted pasta in a cheesy sauce and a cherry crisp. Pasta sauce and pies/crisps are totally in my wheel house. They are the two food groups that I LOVE to cook and often do without a recipe. They are totally in my comfort zone.

Now being as how we had been on dessert overload at this time – Mr. N’s cake, Miss A’s Barbie cake, 4th of July cupcakes, a strawberry rhubarb pie and we even had some of the Romanian sugar cream cake around still then too – I wanted to go for something a little more healthy and with a few less servings. So Miss A and I whipped together some Individual Cherry Crisps.

We started by greasing some ramekins with butter (Okay, so maybe it didn’t start out so healthy…).

Next we pitted the cherries.

Then Miss A pulsed the cherries in the food processor a few times.

We mixed the chopped cherries with some honey and lime zest and spooned them into the ramekins.

For the topping, Miss A used her trusty pastry blender (She’s so good she does this with her eyes closed now!) to mix together the oats, wheat flour, wheat germ, flax meal, brown sugar, baking powder and cinnamon. She also cut in a little butter for us as well.

Finally we sprinkled the dry mixture over the cherries, placed the ramekins on a baking sheet and baked them at 350F for about 35 minutes.

The beauty of these crisps – they are easy and can really be customized to suit individual tastes. You could opt for white sugar instead of brown, white flour in place of wheat, skip the wheat germ and flax meal, add a little vanilla in place of lime, etc. Trust me, it’s hard to screw up a crisp. We also had Mike make some fresh lime infused whipped cream to top our crisps. Mmmmmm! 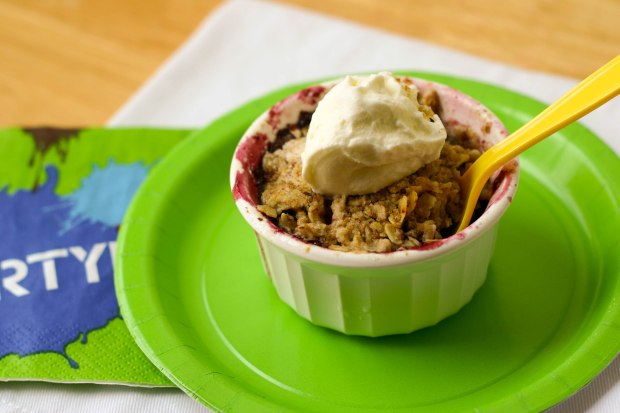 The individual cherry crisps were a success all around. Mike gave the crisps 3 spoons which was the lowest rating of the bunch, and since we had five ramekins that meant he didn’t get seconds. 😉

Mr. N and I gave them 3-1/2 spoons. He especially liked the whipped cream.

As for Miss A…well, she awoke that morning and asked, “Am I really four now?” 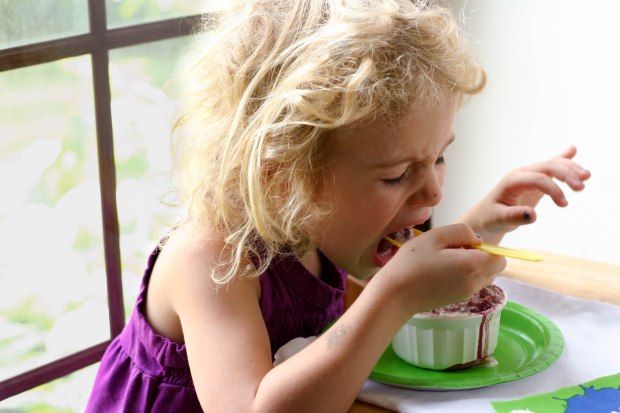 We assured her that yes, she really is four now. Then she said, “Yes! I’m almost five!”

Whoa Miss A! One year at a time. It’s already going way too fast…So for now, Miss A will stay four and give the cherry crisp 4 spoons too! 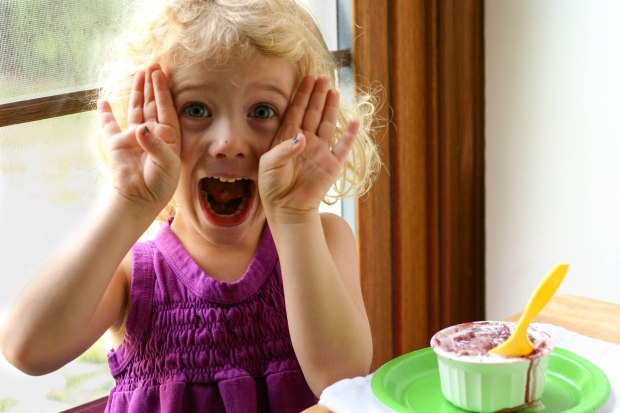 We’ve got a few more special recipes before we head to our next country, and we’ll be back later in the week with one that’s fast becoming a favorite meal for Mike and I. Until, then we’re going to finish another celebration…Mr. N’s theatrical debut. (Yes, it’s been a busy summer!) Have a great week everyone!

Mr. N as Shere Khan the tiger in The Jungle Book.