Can you believe the kids are on their 5th week of school already! Mr. N is now in 5th grade – his last year before middle school – and Miss A is now in 1st grade. It’s their last time at the same school for the rest of their schooling years. So bittersweet. Time is certainly flying.

Fortunately for us, we have a bit of a slow down (relatively speaking) coming our way. Mr. N’s plays are wrapped up, summer activities have come to an end and for the first time since early May, we have nothing scheduled on our weekends from now until Thanksgiving. That’s not to say we won’t keep busy, but it certainly gives us more flexibility. I hardly know what to do with myself! For starters…I’m getting a post up here!

Last weekend was our annual neighborhood block party. Mike has been smoking something or other for the last few years, and this year was no exception. This time around he chose a pork shoulder – actually two pork shoulders. We made a large batch of sliders and nachos. Both were equally delicious and not a single bite was leftover. While I didn’t have time to blog either dish in their entirety, I did grab a few pictures of the homemade BBQ sauce we made for the sliders. 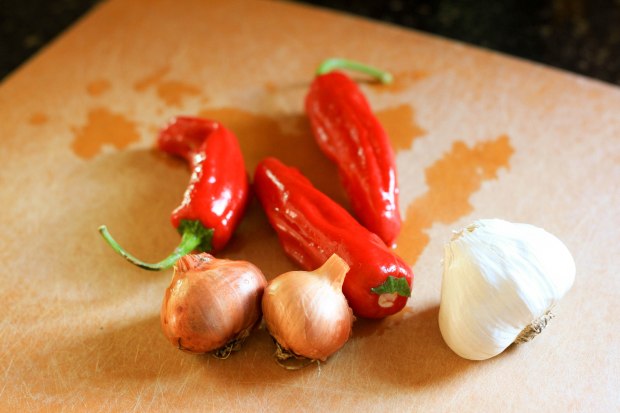 I wanted to use a recipe that didn’t involve ketchup as a base. I also wanted to make use of some flavors from our home state of Illinois this time of year. I had some beautiful red jalapenos from one of my favorite places in Illinois and wanted to pair them with some fruit. We chose raspberries as they are plentiful this time of year and one of our favorite things to pick in August and September.

The recipe was simple. We sautéed the jalapeno with some shallots (also locally grown). Next we added a little garlic and some adobo sauce and brought it up to a simmer. The raspberries were then added and cooked for just a few minutes before adding some apple cider vinegar, honey, sugar and salt.

After a good mixing of the ingredients we let the sauce simmer until it reduced by about half. I wasn’t happy with the thickness of the sauce at this point, so I added a little cornstarch. Much better.

I let the sauce cool for a bit and then tossed it in the blender. In the meantime, Mike wrapped up the pork and we started to assemble the sliders.

I was really satisfied with the sauce. It was sweet, tangy and brought just the slightest amount of heat.

The sliders were a hit, as was the sauce. For Mike and I the sauce was 3-1/2 and 4 spoons, respectively. Mr. N gave it 3 spoons; although he preferred his slider without any sauce (the flavor from the smoker was incredible on its own!). Miss A, unfortunately, wouldn’t even try the sauce. Once she saw the jalapenos, she was out. Unlike her brother, Miss A is becoming a bit more discerning in her tastes and a bit more stubborn with what she’s willing to try. Still, I suspect she tries more different foods than most.

Fortunately for the rest of us, we made a large batch of sauce and were able to freeze a few portions for later this year. I’d like to try it salmon and grilled chicken. We also had a half of pork shoulder leftover that will be a nice treat this winter. I love the taste of summer in the depths of the cold, gray days, but we won’t talk about those just yet. The next time I get around to blogging, I have a great end of summer harvest pizza to share. We’ll keep the summer theme going for just a bit longer here anyway.

Until then, we’ll be running the kids around – gymnastics, swimming and acting. I’ll be turning another year older (eek!) and we’ll be keeping busy in our newly found free time with another thing we brought home from the farmy… 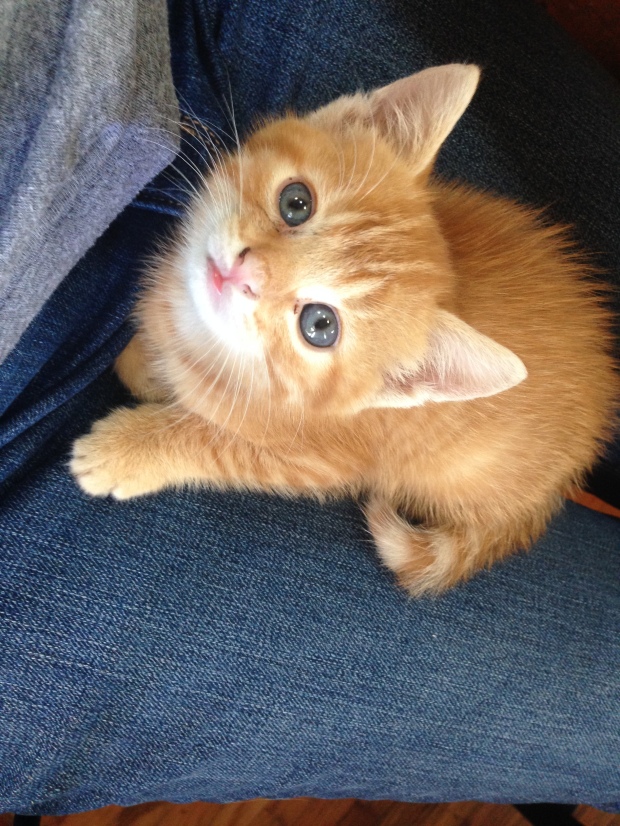 Hobbs is the newest addition to the family and a very welcome one. Chipper (our almost two-year old kitty) was very ready to have a friend again, and he’s welcomed the little one right into the fold. And Miss A is quite the little animal charmer. She spends much of her day playing with him and carrying him around. Never a dull moment – and frankly, I wouldn’t have it any other way! Enjoy your day everyone!

51 thoughts on “Sweet and Saucy”