Well, school kicked off to a good start. Mr. N survived his first full day of school. He did come home a bit hyper and over-stimulated, but that will cease in a week or two. There’s always that adjustment period. Most importantly though, he seems happy. His nerves are gone and it’s all old hat again. 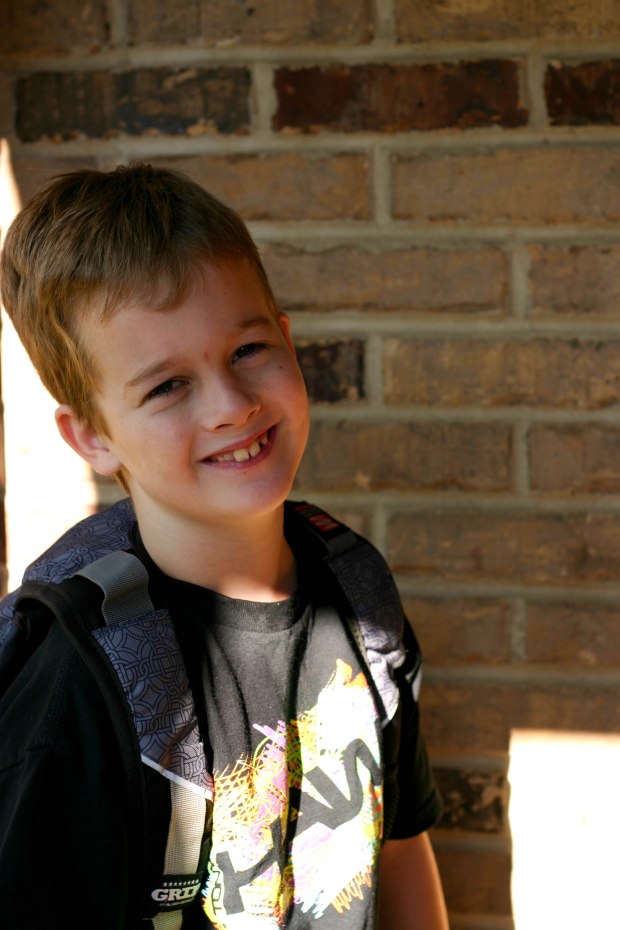 Miss A had her first day as well. No nerves for her. She was raring to go. Unlike her big brother, she didn’t come home bouncing off walls though. She was exhausted and will definitely sleep well for a few weeks while she adjusts too. 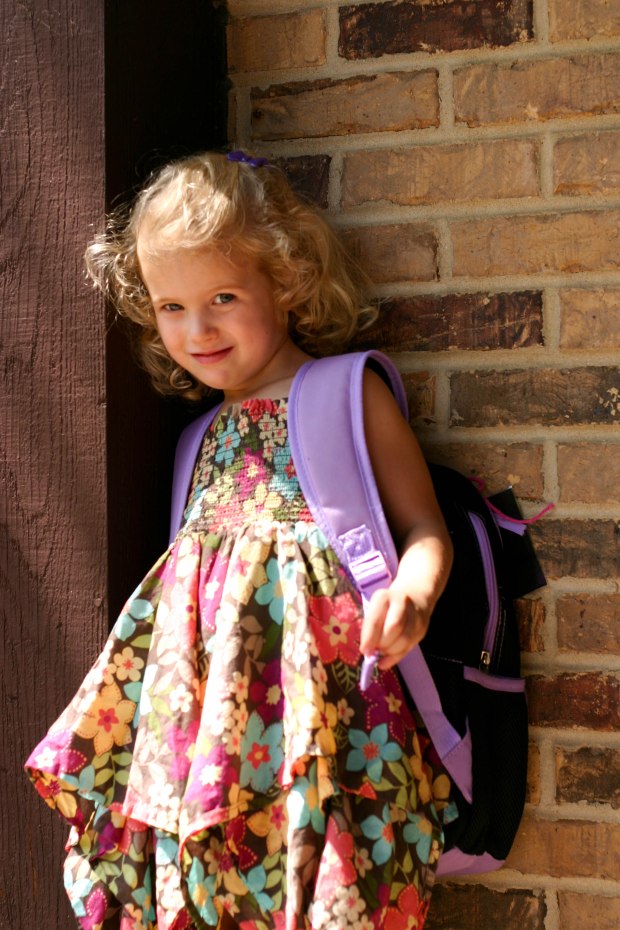 Now that the summer is winding down, birthdays and anniversaries are past, it’s time to get back to cooking around the world with Miss A at the helm. After much consideration and at least three destination changes, she arrived at Australia. So over the next few weeks we’ll be sampling some recipes from Down Under and I gotta say, we’re pretty excited. Australia is high on our list of places we’d love to visit someday, and what better place to start than in our kitchen (or on our patio).

When Mike and I think of Australia, cooking on the barbie is the first thing that comes to mind. This happens to suit Miss A just fine. She is all things Barbie right now. We also knew we wanted to incorporate lamb into our adventures too, so for our first recipe we whipped up Citrus Grilled Lamb Chops with Orange-Thyme Gremolata. (We also figured since Mr. N liked the word “compote” so much, we’d throw the gremolata at him next.)

We began the recipe by creating a marinade with orange juice, olive oil, salt and pepper. Miss A took care of juicing for us. 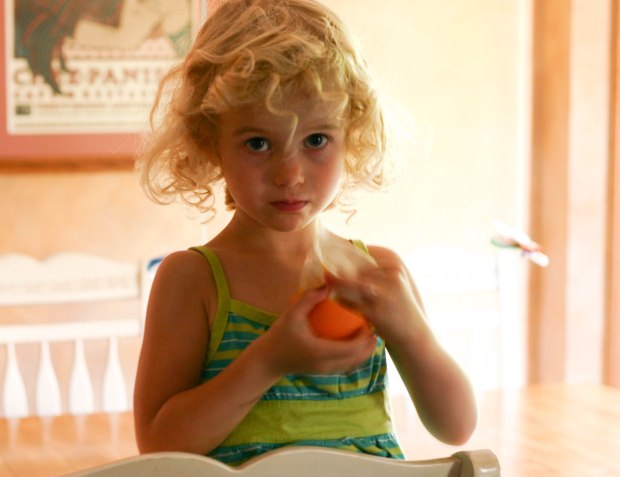 Next we poured the mixture over our lamb chops and set them in the fridge for about 30 minutes. 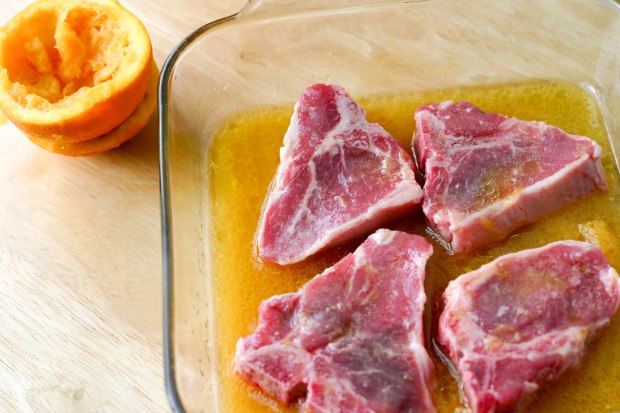 While the lamb soaked, we began the painstaking process of pulling the thyme leaves from the stems. For the gremolata we needed about a quarter of a cup of fresh thyme, and as you know, if you’ve ever used fresh thyme, it’s a tedious process. Teamwork was a key factor to the efficiency of this dinner! I do have to say though, Miss A had it down to a science. I wonder if having tiny hands helps. “You just zip it. Like a zipper momma.” 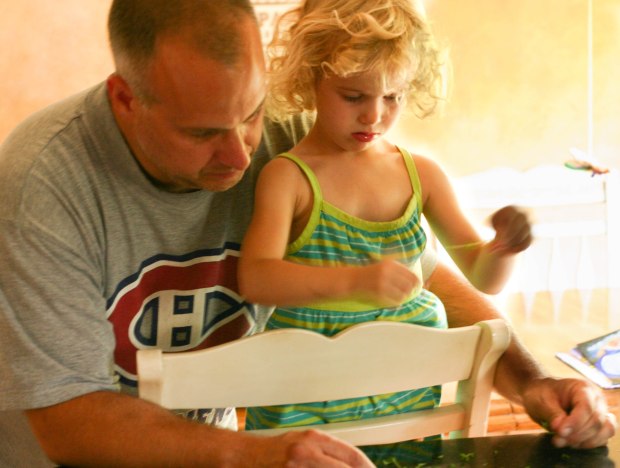 We then mixed the thyme with orange zest and garlic to create our gremolata which we later used to top the lamb. 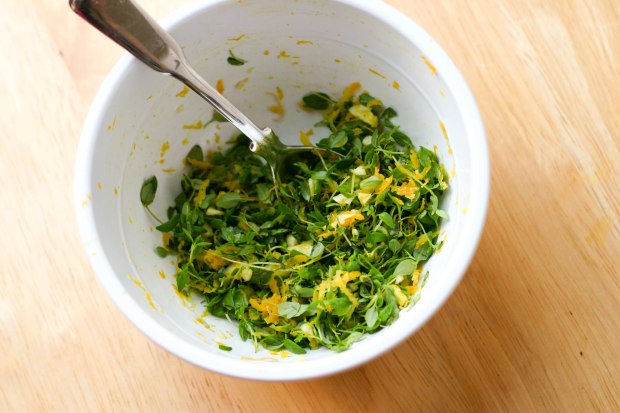 Speaking of the lamb, after marinating in the OJ, we threw it on the grill and cooked it over direct heat for about 3 to 4 minutes per side. 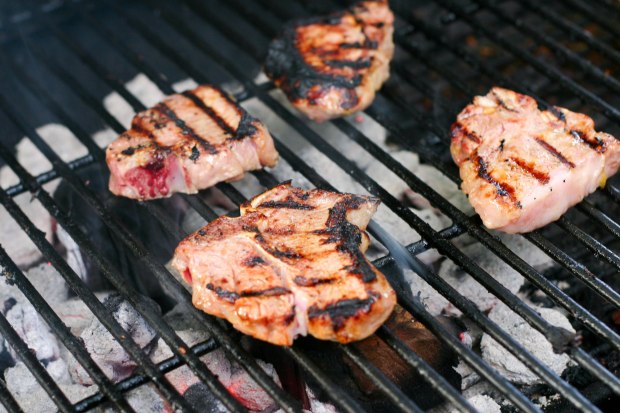 Once it was done, we served it with our grilled potatoes and then topped both with our orange thyme gremolata for our finished product. 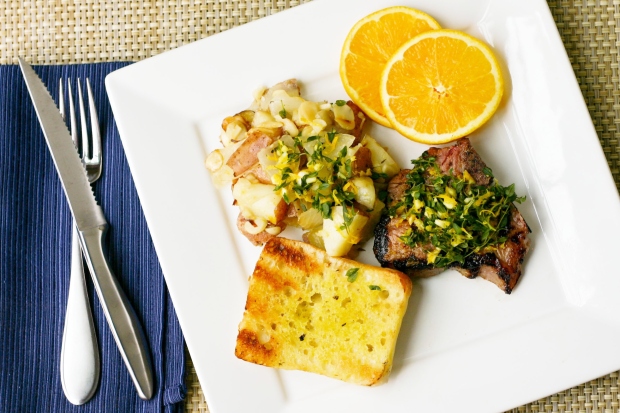 The meal was a big hit. The gremolata was a delicious and fresh complement to the lamb which was grilled to medium rare – perfect! I was actually a big fan. This meal scored 4 spoons from me. It was fast, easy and a fresh spin on traditional meat and potatoes. 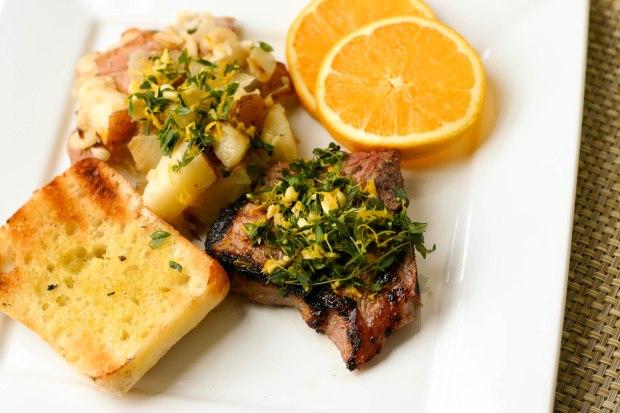 Mike also enjoyed the lamb. He came in at 3-1/2 spoons. I think he’s getting stingy with his 4 spoon votes. 😉 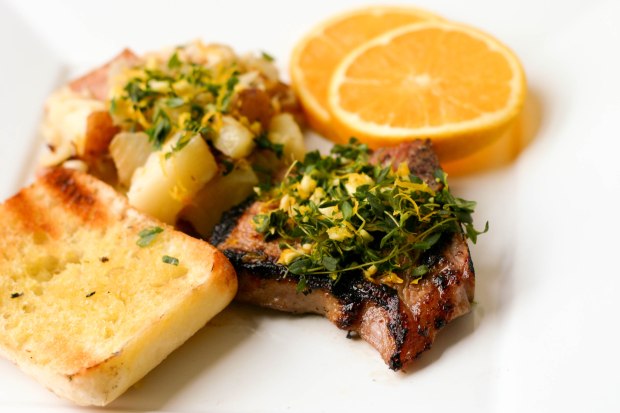 Mr. N was our lowest score of 2-1/2 spoons. However, he surprisingly really enjoyed the potatoes which aren’t usually his thing. 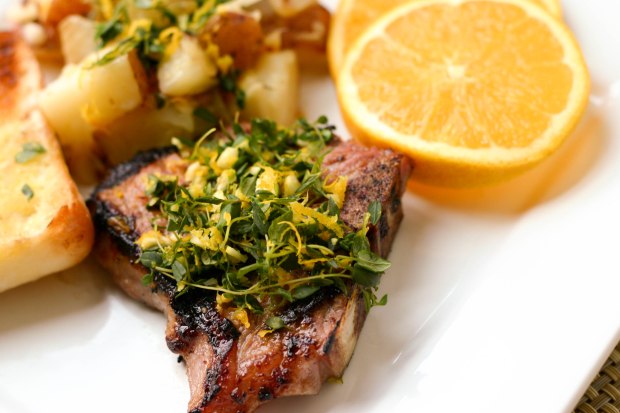 As for our little Barbie girl (Don’t worry Greg – I won’t go there. I’m not that cruel.), she was happy with our first brush with Australian cuisine. I think the citrus flavors (and the fact that she was responsible for the majority of the work on the thyme) caught her attention and she was a happy camper. It was a 4 spoon hit for her too. She cleared her plate – which is a very rare occurrence.

Have a great weekend everyone! We’ll be back in a few days with our second Australian recipe. In the meantime, Mike plans to wake up at 4 a.m. to start the smoker for our back to school BBQ bash tomorrow night. Brisket for over 40. Yeah… we got a lot of meat. Wish us luck! (Well, I should say wish Mike luck…I’m not getting up that early!)

28 thoughts on “Fire Up the Barbie”