I had intended to post our first Hawaiian recipe today, but it will have to wait a bit. You see the past few weeks I have thought about how much I miss my Grandma’s kitchen. Not her actual kitchen, but the warmth, the aromas, the laughter, the sound of the dishwasher running and the little toys that sat for me on  a shelf. My Grandma passed several years ago, but those memories have been incredibly vivid to me recently, so much so that when Mr. N and I went out to breakfast last Sunday morning, the smell of bacon sent us on an impromptu visit to see my Grandpa.

You see one of the strongest memories I have is how my Grandma would often make bacon and eggs for my Grandpa. It’s a smell I still associate with their kitchen. So Mr. N and I wrapped up breakfast and decided to bring “Pops” his Sunday paper. We had a nice visit talking about life, the kids, Hawaii and of course, politics. He always talked politics and whether I agreed with him or not, I always enjoyed those conversations. But above all he reveled in watching Mr. N bounce around his room. We left after an hour or so, joking that the next time we’d see him would be when we sprung him from rehab (He’s been in rehab building up his strength to return home after a recent illness.).

However, as is the way with life, things never quite seem to go as planned. Pops passed away yesterday afternoon. It was unexpected, but it was quick and painless, likely having happened as he dozed off after his lunch. In my opinion, if you’re going to go, it’s the best way to go. And what’s even better he saw all of his children and many of his grandchildren and great-grandchildren within the past few days. He was a man surrounded by love. 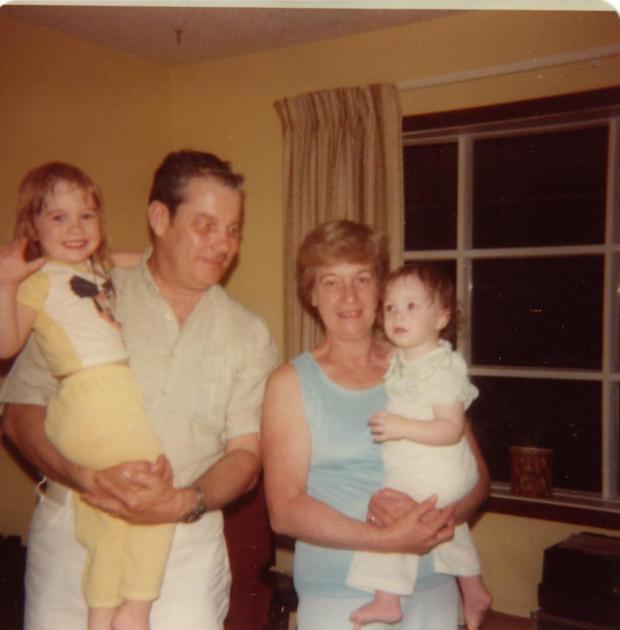 Grandpa and Grandma with me and my sister in 1981.

Now anyone that knew my Grandpa well could tell you that he was a stubborn man, set in his ways. He was opinionated, demanding and sometimes just down right aggravating. One of his best known phrases was, “What the hell is this?” uttered nearly every time he would open a gift. It got to be a long-running joke and I believe he was even gifted a t-shirt with the slogan at one point. But all of his stubbornness aside, he was a loyal man. He was a fair man. He was a smart, driven and hard-working man. He was gregarious, loving and enthusiastic about life, family, golf, politics, friends, crosswords, food, work and just about anything and everything he set his mind to doing. 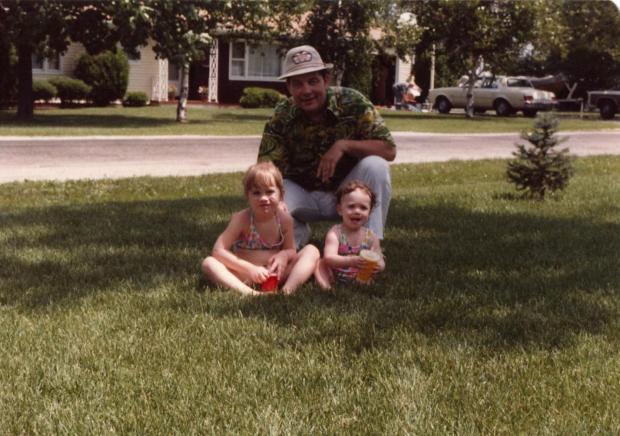 Above all else though, he was a very special person in my life. When I was little he was the tickle monster, the Grandpa that you could crawl all over, tease and get to discover all the goodies he had in his office (pads of paper, bubble wrap, pens, old invoice forms – great stuff for little imaginations!). As I got older, he became my role model. I emulated his success in academics and his career. His guidance was important to me and I often sought out his advice – even up to this past Sunday. But I think looking back, the thing I will value the most is the friendship we shared after I became an adult. Mike and I shared a few fun-filled double date nights with he and my Grandma, and I enjoyed many lunches with him either just the two of us, or with the kids. I am so very lucky to have gotten the chance to have known him – both as a child and an adult. And my children are also blessed to have known their Great-Grandpa. That is truly remarkable. 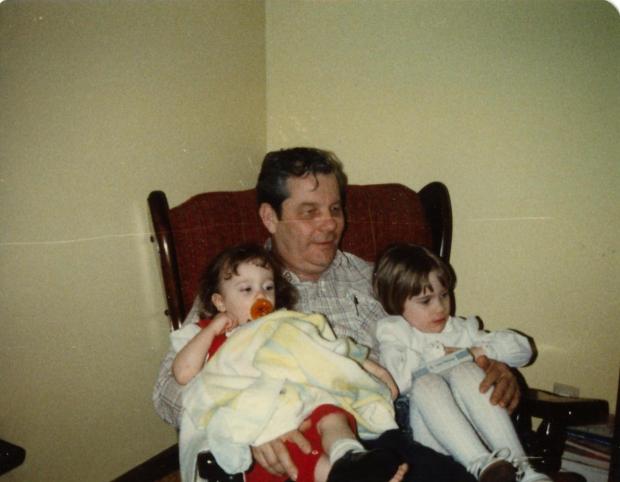 Snuggling with our Grandpa.

And speaking of the kids…Oh, how he has enjoyed the kids! He was one of Mr. N’s first visitors in the hospital after he was born. He brought his little digital camera and snapped probably a million pictures of tiny Mr. N, his first great-grandchild. He positively beamed with pride from the first time he held him right through watching the video of Mr. N body surfing last week. 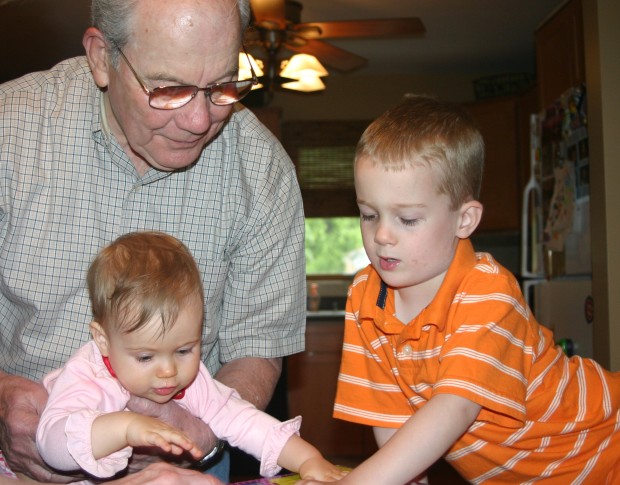 Pops showing Mr. N the dragons he picked up for his 5th birthday.

Then there was Miss A. You know how some children are a bit afraid of the elderly, others are indifferent to them and then there’s those that just don’t seem to notice the extra wrinkles, oxygen tubes and white hair – that was Miss A. She adored pops from the time she was born. She’d never cry when he held her and even slept in his arms. Her affections only grew from there. Every time she’d see him, she’d rush at him with a big hug, then run off to grab some books for him to read to her. She loved sitting on his lap and rocking with, loved bringing him lunch, doing singing and gymnastics performances for him and baking him goodies. He was often on her mind. She made up a little song about him and even in Hawaii commented, “I bet Pops misses me.” 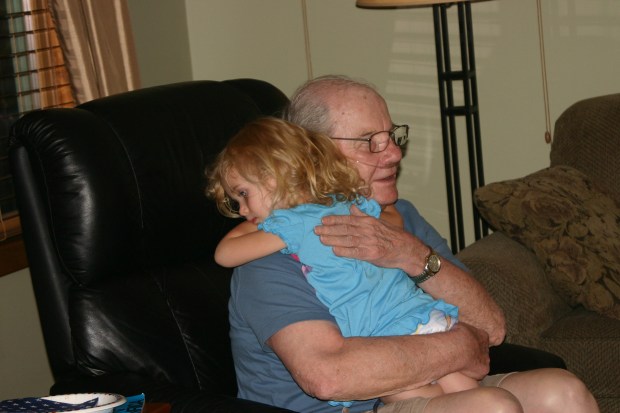 Miss A loving her Pops.

So today at Eat, Play, Love we’re honoring Pops. While mourning is part of the process, he wouldn’t want us to dwell there long. He’d want us to make the most of everything – our lives, our families, love and of course good food! He was an avid reader of our blog, often asking when we’d be bringing over some of these dishes. He was particularly fond of all of our blueberry posts. He couldn’t stop talking about those. A few weeks ago Miss A and I baked up some blueberry tarts and a blueberry pie all for him. He couldn’t have been more thrilled – and she couldn’t have been more proud. So here’s to you Pops…the best of our blueberry goodness! 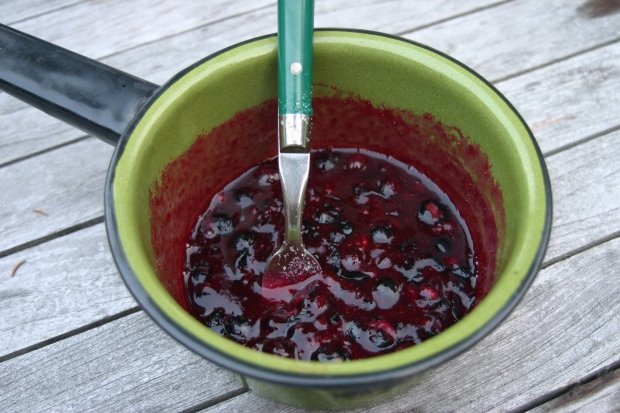 And of course that gets served with some vanilla ice cream. 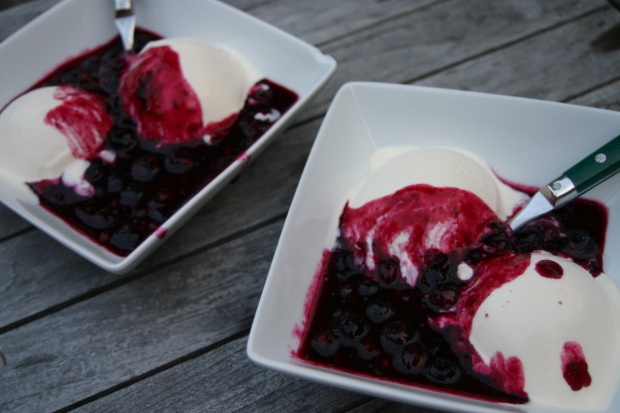 Or if you really want to indulge, serve it up with vanilla ice cream and Handmade Shortbread. 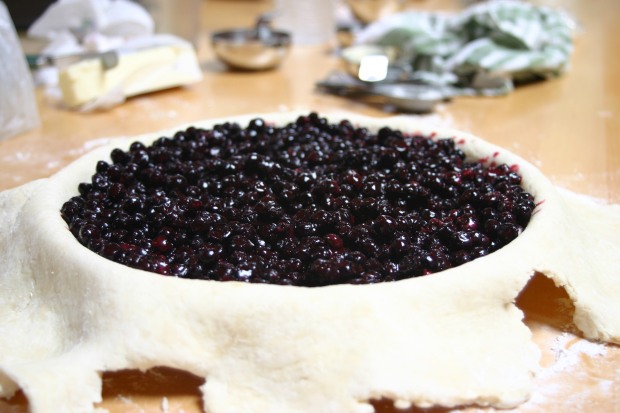 Miss A and I whipped this recipe up in individual ramekins when we made it for Pops and it worked really well that way too. 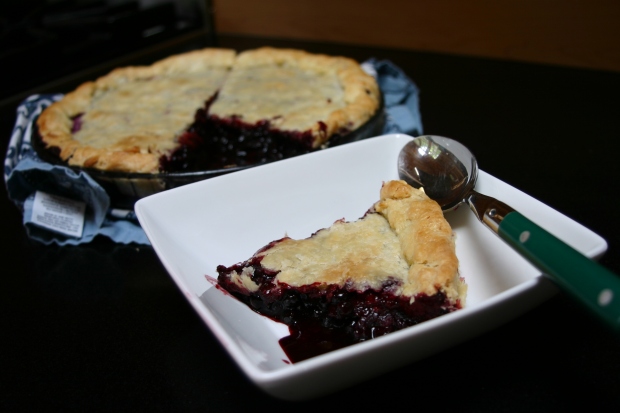 It is practically mandatory to eat that with vanilla ice cream as well. 😉 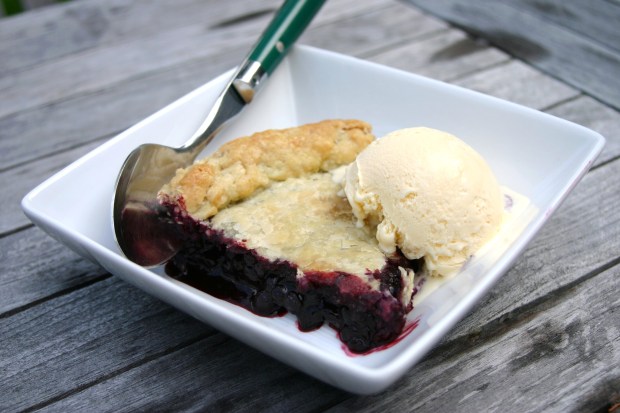 If you’re feeling a bit fancy you could opt for a delectable Blueberry Ice Crumble. 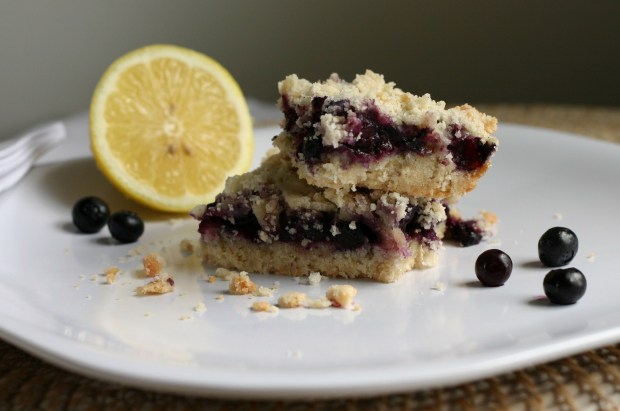 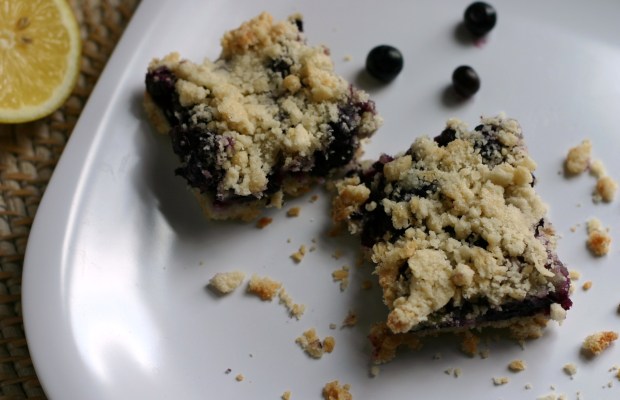 And lastly, for a fast, but delicious dessert you could whip up a Peach-Blueberry Crisp. 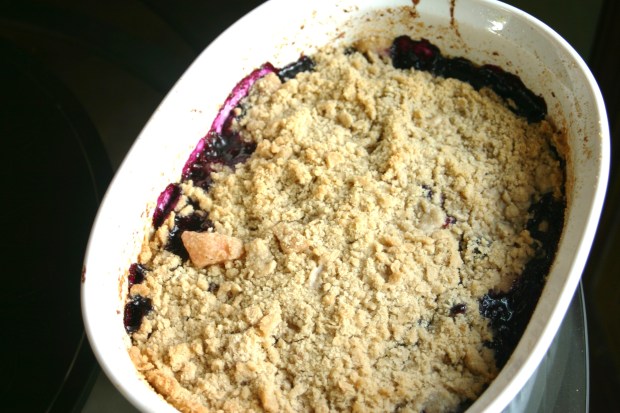 Is there any doubt it goes really with vanilla ice cream too?! 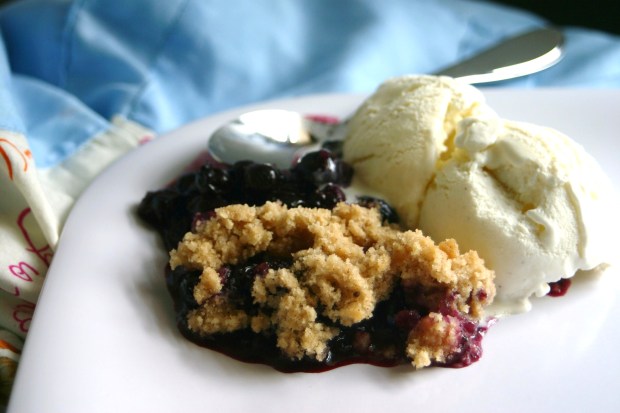 “The song is ended but the memory lingers on.” From lyrics by Irving Berlin.

70 thoughts on “Feeling Blue – A Tribute”