Okay, so it’s not quite the great pumpkin. It’s more like a tiny pumpkin. But if Mr. N and Miss A have taught us anything it’s that great things can come in tiny packages. 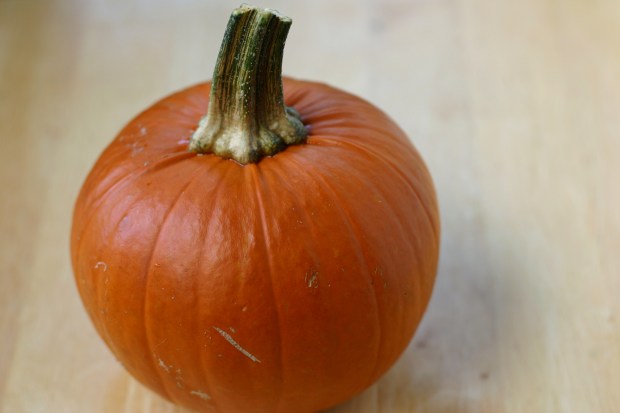 Our cooking experience with Ecuador has taught us some helpful child rearing techniques. First we learned that serving popcorn with dinner is a way to ward off any complaints about dinner – even one that includes their least favorite ingredients, tomatoes and onions. We also learned that the quickest way to stop a three-year old’s tantrum in its tracks is to cut open a pumpkin.

Our last Ecuadorian recipe on this little culinary tour is a dessert (of course!). We found tonight’s recipe, Dulce de Calabaza, while perusing Laylita’s Recipes and thought it sounded both fun and seasonal. The first step in the sweet pumpkin dessert is to remove the seeds and pulp from the pumpkin. I’m telling you, this step put an instant end to the so-called “witching hour” described by Parents magazine as “when the day’s stresses catch up with the whole family, turning well-mannered children into kidzillas.” 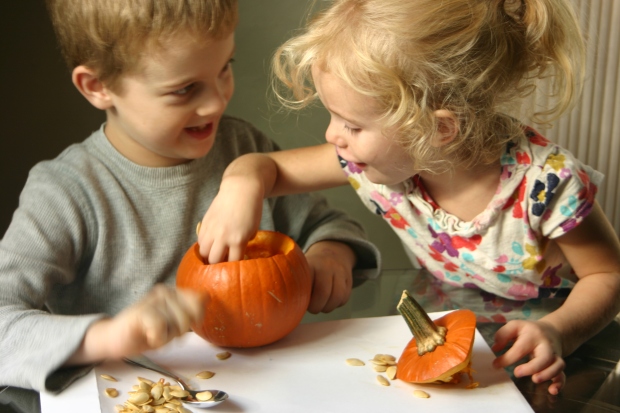 I’m telling you, I’m considering keeping a bin of these in the garage this season! So after the kids took care of gutting the pumpkin, we sliced it in half and then each half into slices. 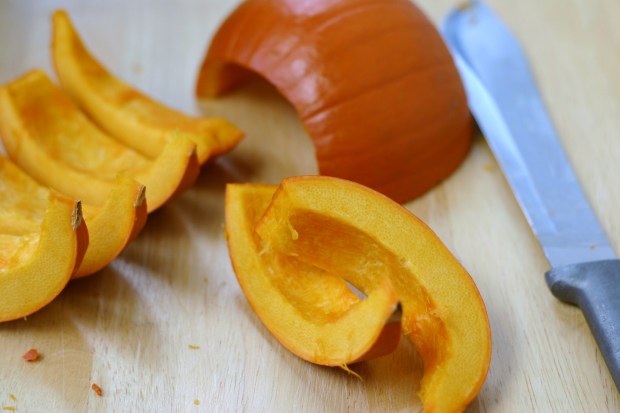 We then gathered the seasonings. The recipe called for a pound of panela, an unrefined, whole cane sugar. We were fortunate to have found this easily in the Hispanic aisle of our local grocery store, but if unavailable, you can combine brown sugar with molasses for a similar flavor. We opted to use 3/4 of a pound in this case though, a full pound just seemed like a lot to me (not that 3/4 is that much less). We also used cinnamon sticks, all spice and whole cloves. 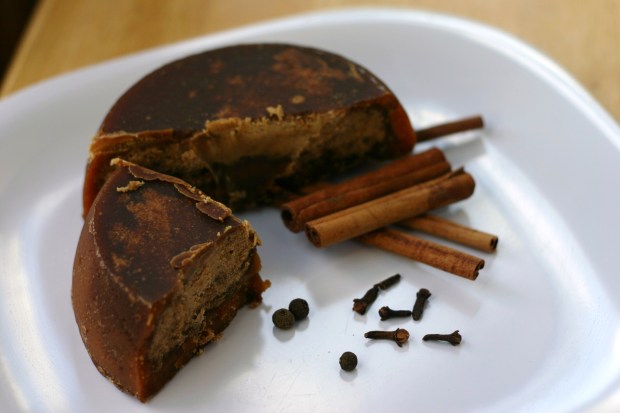 We tossed the pumpkin slices, seasonings and about 3 cups of water into a stock pot and brought it to a boil over medium heat. 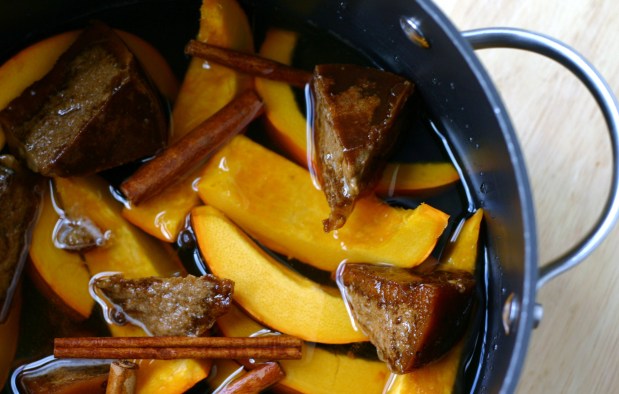 We let the ingredients boil for about 20 minutes and then turned the heat down. The mixture was left simmering for an hour, until the syrup was good and gooey. We then served the warm dulce de calabaza as suggested with a fresh cheese. We opted for one of Miss A’s favorites, fresh mozzarella. 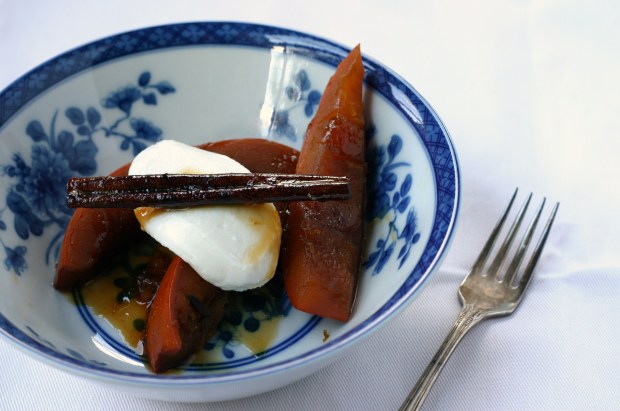 We had a variety of opinions on the dessert. It was definitely sweet. Too sweet for me. I’m only giving this one 2 spoons. I’m all for gooey sweetness, but the texture of this one was a little too much like pumpkin pie for my liking. It’s one of those weird things for me. I love cooked pumpkin (in risotto for instance), pumpkin cake, pumpkin coffee, pumpkin doughnuts, but absolutely not pumpkin pie. So I guess it’s saying something that I found this tolerable. Miss A found it less tolerable, giving this 1 spoon. She wouldn’t even touch the pumpkin, but she did like the cheese. 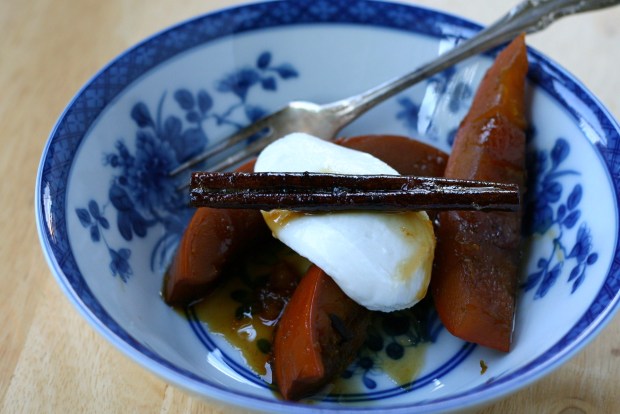 Mike and Mr. N, on the other hand, both enjoyed this dessert. Mr. N was particularly fond of the pumpkin bites, but he preferred not to dip it in extra syrup. Mike said that it reminded him of candied yams (which he hates about as much as I can’t stand pumpkin pie), but that it tasted like pumpkin instead of yams. So he actually liked it. So the boys came in with 3 spoons.

Despite the dolce de calabaza’s mixed reviews, it did stop a tantrum and provided some really interesting flavors and reactions again teaching us that great and tiny aren’t necessarily opposite.

48 thoughts on “It’s the Great Pumpkin”