In our family, like many other American families, Thanksgiving is a feasting holiday. The buffet is endless and we eat until the thought of one more bite makes us cringe. We eat until it hurts…. 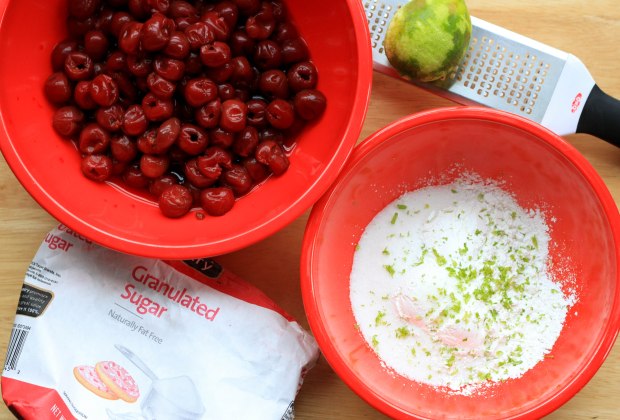 And then, we have dessert. 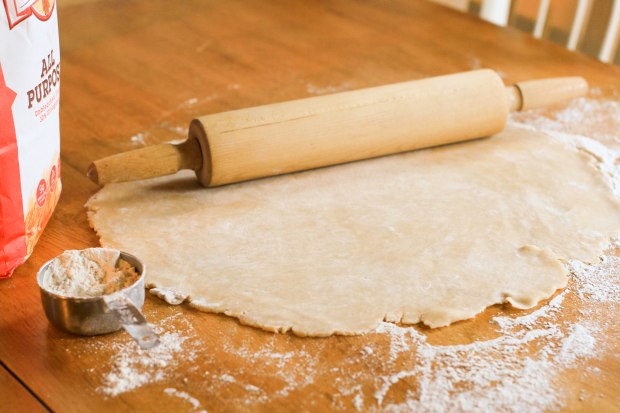 When I was growing up Thanksgiving was at Grandma’ house. Grandpa may have paid the mortgage and had the soapbox, but it was Grandma’s house. She continued to care for her grown children, the grandchildren, the gardens and the pets. She was always buzzing around, straightening the newspapers and crossword books, vacuuming the floors and sweeping the porch, all while laughing with a daughter or friend on the phone. She often had visitors, either gathered in the living room with its paneled walls, shag carpet and sheer green curtains, or around the old wooden kitchen table with the orange trimmed table cloth which she and grandpa bought from a furniture wholesaler in one of the Carolinas.

The house was never lonely. Grandma relished in company and we savored her safety and warmth. As busy as the house always was, the morning hours belonged to her. She would rise early and I would listen to the gentle shuffle of her plastic-bottomed slippers move down the hall and into the kitchen. I too was an early riser, but I never disturbed grandma on these mornings. It was far more comforting to lie in my sleeping bag and listen. 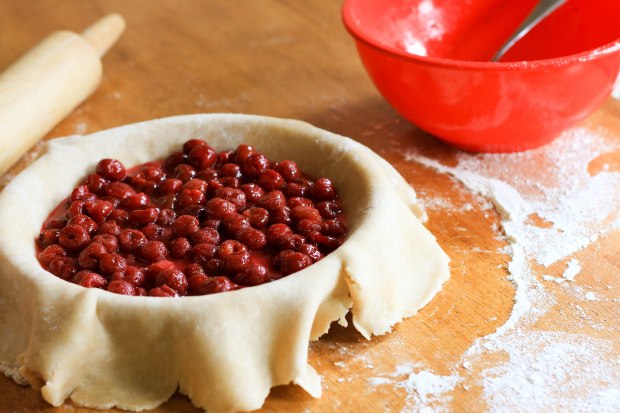 She began her day by starting a pot of coffee. I could hear the pop of a plastic lid on a medal can, the sound of pouring water and then a few moments later the percolation. Grandma would then strike her thumb over the top of a lighter and take a long deep inhale on her cigarette as she sat down in the corner chair, tucked next to the stove. This was her chair, a small, wooden respite. I quietly listened as she made her first exhale, waiting for the laborious clearing cough which always followed. If I close my eyes I can still hear the distinct tone and rhythm of her cough. It made me feel safe, even happy. It was my grandma’s sound, unique and all her own. It’s strange now knowing I found comfort in what was the beginnings of her debilitating emphysema. 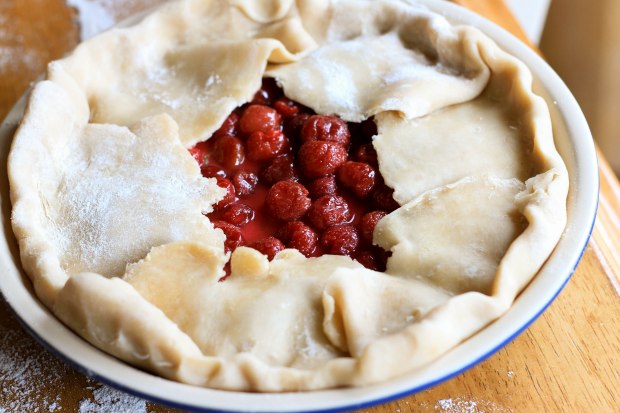 I wish I knew what grandma was thinking in those early hours. Perhaps she was planning her day, making a list of things to do, contemplating her life or worrying about her children. Or maybe, she sat with her mind empty, taking a moment in time all for herself. I suspect, even if I could ask her about those early morning sit downs, I wouldn’t dare. They are better left untouched. 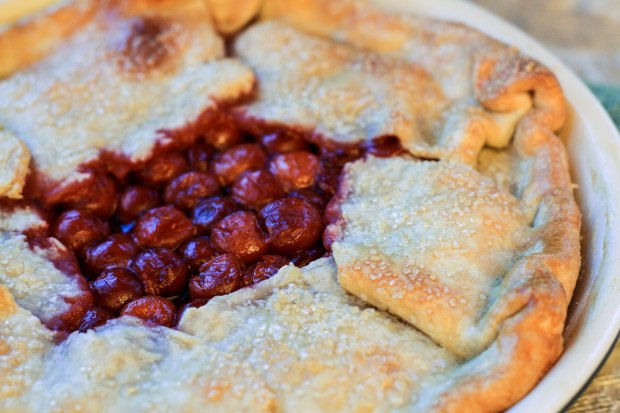 Eventually, grandma would stir. Whether she sat for five minutes or a half hour, it was the creak of chair legs, pouring of coffee and cracking of eggs that signaled it was time to rise. And this is how every morning Grandma brought her house to life. 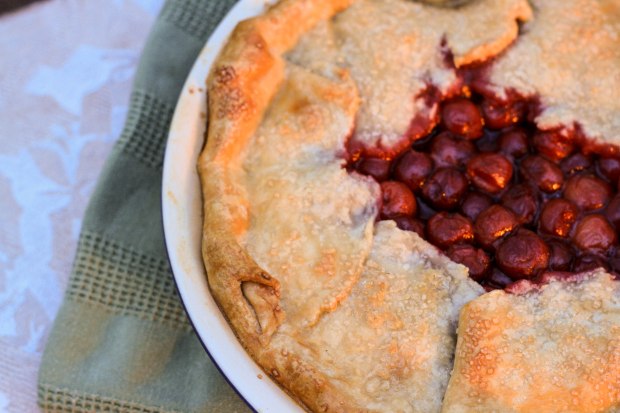 Thanksgiving was no different. The festive day began the same; only instead of bacon and eggs, grandma would busy herself with a turkey. Grandma’s children would arrive early in the day to help prepare the stuffing, potatoes and desserts. They would clean the house, wash the china and set the table, all before returning to their own homes to ready us grandchildren and prepare the remaining side dishes. The dessert table was adorned with homemade pies – pecan, pumpkin and an apple crisp – and the favorite dessert, made by both mom and grandma as we could never have enough, grandma’s cinnamon rolls. 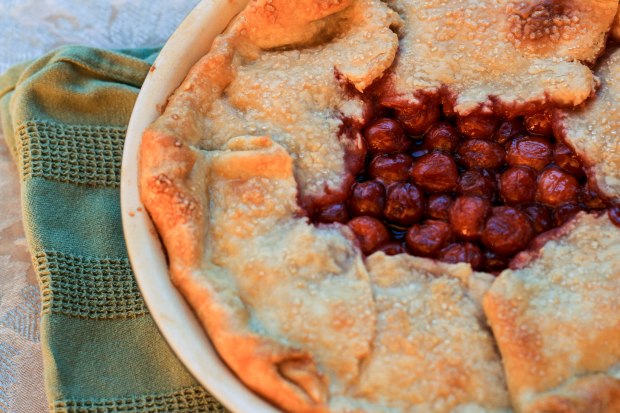 Then, there was the sweet potato casserole, otherwise known as candied yams. A brown gloppy mess slopped all over a bright white, CorningWare dish and always sitting center stage. The yams, once a bright orange, dulled under loads of brown sugar and marshmallows rendering a sticky, gooey, but oddly still runny, overly sweet, brown sauce. I’m sure there is more to this dish; although I couldn’t tell you. I’ve never asked. I never will. I was 33 years old before I realized that all sweet potato recipes didn’t induce a gag reflex. Now,  I quite enjoy them baked, roasted or fried with cumin or sea salt. But never sugar. Ever. 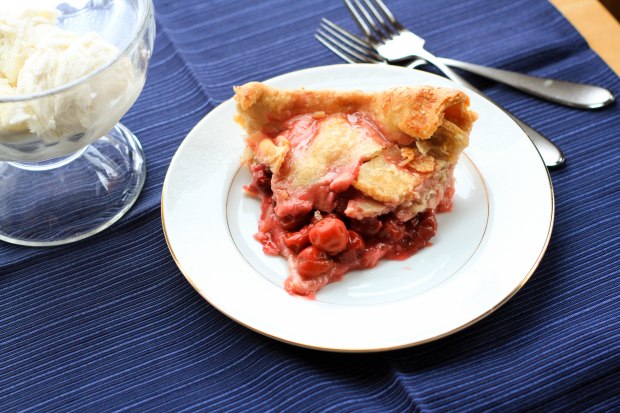 For my family, however, they were never sweet enough. The more marshmallows the better. Each Thanksgiving my family would fill their plates with a few pieces of turkey, a spoonful of sides and a heaping mound of sweet potatoes. My dislike of this dish was certainly an anomaly and as such could not be accepted. You’ll grow to love them. You just need to give them a chance. Perhaps this will be the year. And so it would go, every year, as a spoonful of this vile slop was placed on my dish and I dutifully choked it down. 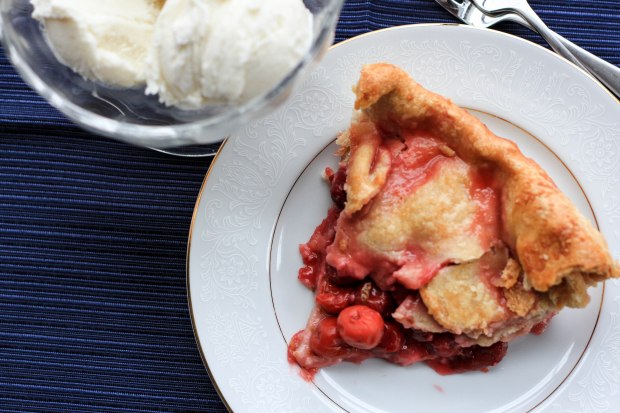 When I was 26, Mike and I hosted Thanksgiving in our small, city apartment. It was the first time a grandchild had ever held a holiday celebration. It’s one of those moments in life that carries an unspoken gravity – the metamorphosis of tradition. Mike and I were anxious and exhilarated. We had the turkey and stuffing in the oven, fresh cranberry sauce on the stove and apple pies set to cool. Grandma was bringing pecan pie. Mom was in charge of the dinner and cinnamon rolls, and my sister made the mashed potatoes and pumpkin pie. Aunt Barb was bringing the green bean casserole. No one was asked to bring sweet potatoes. 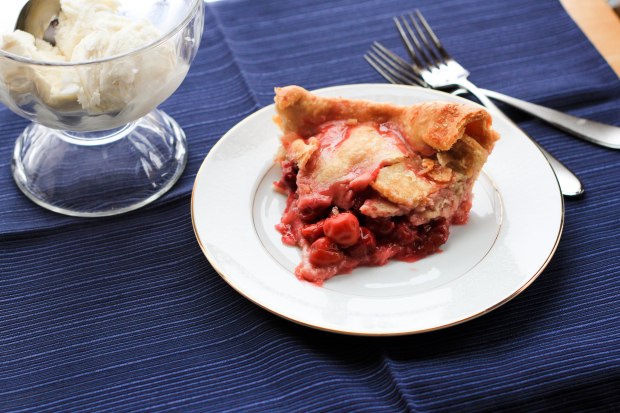 As dinner rolled around, the table was set, the wine poured and the turkey carved. Spoons clanked on dishes as the platters were passed around the table. Nods of approval and lips smacking on fingers were the early indication of success. I was in my glory and feeling quite grown-up, and then I spotted it. The CorningWare dish. It was not invited, yet there it was making its way around the table. It’s not Thanksgiving without sweet potatoes, they said. I grudgingly smiled and passed them along. I can accept them at my table, but not on my plate. I was a grown-up now after all. 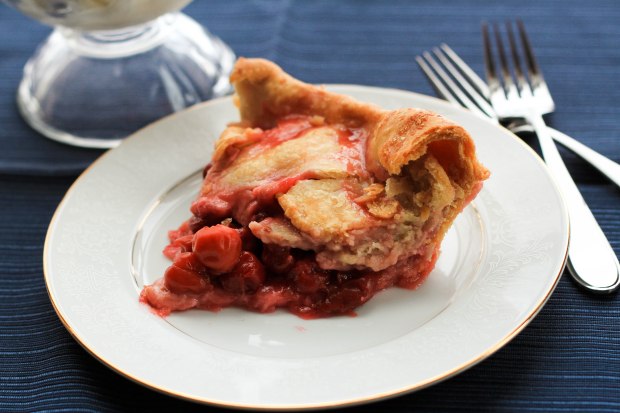 Since that transitional holiday, many Thanksgivings have come to pass without a permanent host home. We held several at our various dwellings, Mom and Aunt Barb have also taken it on, and sometimes we’ve even traveled. The menu has also changed with various stuffing recipes joining the mix, a new, more savory squash dish, and an overnight brine for the turkey. Gluten free dinner rolls found their way to the table last year. The canned cranberry sauce was replaced by my fresh and zippy recipe and the desserts have reduced in number. The place settings dwindled, only to grow in number once again with new faces and tiny voices. But one thing remains….those stinking candied yams. 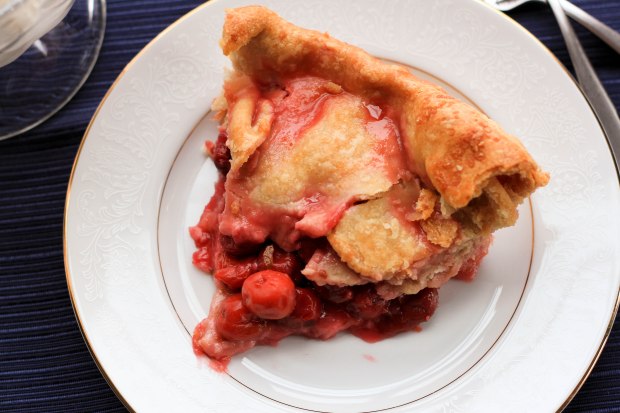 I realize that sweet potatoes are a beloved staple for many, but to this day, I still can’t stomach them. What about you? Is there a Thanksgiving or holiday dish that is rooted in your family that you secretly or openly despise? 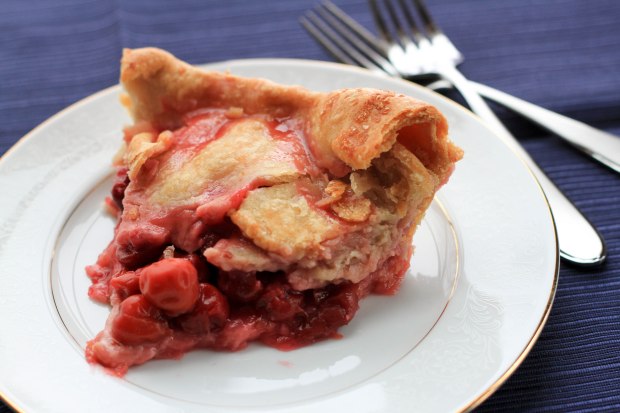 Well, as you can tell from the photos, I am not sharing that treasured family recipe today (or likely ever). Instead, here’s a rustic sour cherry pie, which you’ll find on our table this year. And these aren’t just any cherries, these are the sour cherries we picked over the summer at Tina’s farm in the Finger Lakes. It seemed only fitting that a piece of what made our year so memorable, and of which we are truly grateful, is on our Thanksgiving table. 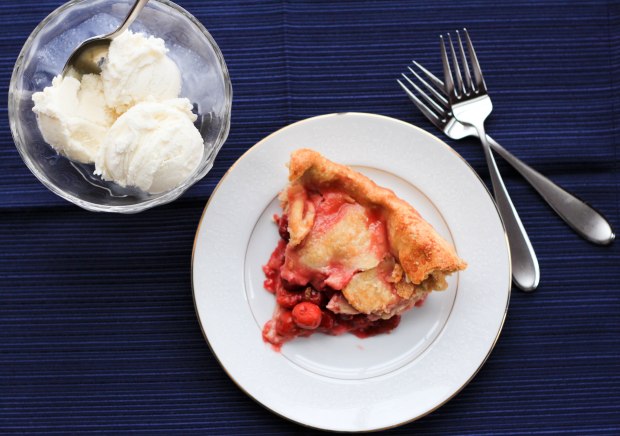 We’ll be back Wednesday or Thursday with a special holiday drink. Until then, if you’re preparing for the big feast, best of luck and most importantly, have fun and savor the memories – even the ones that make you gag. They just might someday put a smile on your face. After all, it’s not really the food on the table, but the company with which it’s shared and the memories that are made. Cheers.