We started the trip with a stop in Edmonton. While Mike was working, the kids and I had a day all to ourselves, and what better way to spend it than making our first stop at a museum. 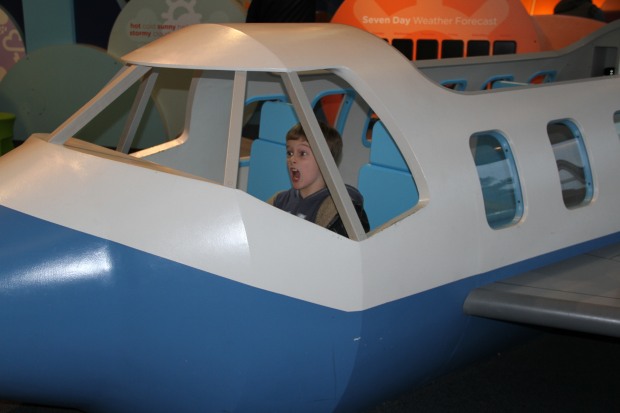 Mr. N crash landing his plane. Fortunately our ride was much less harrowing.

We spent all morning at the Telus World of Science playing airplane, building and exploring. 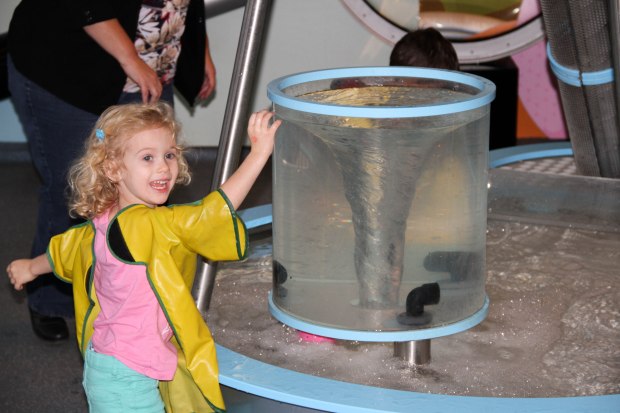 Miss A (who is terrified of bathtub drains) thought this was amazing!

The kids even put a little music in their steps. 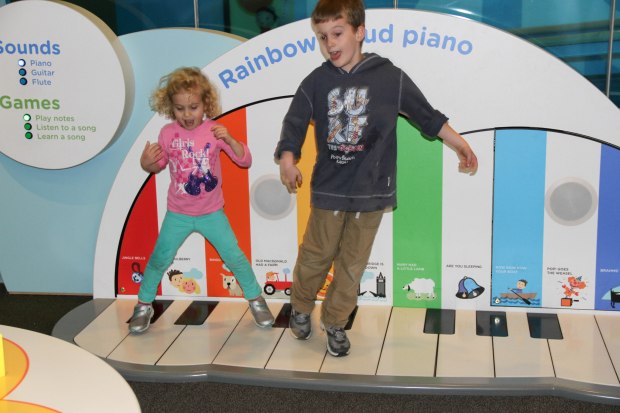 At one point Miss A was performing while in a handstand. Of course.

And Miss A made me some very fancy glasses. 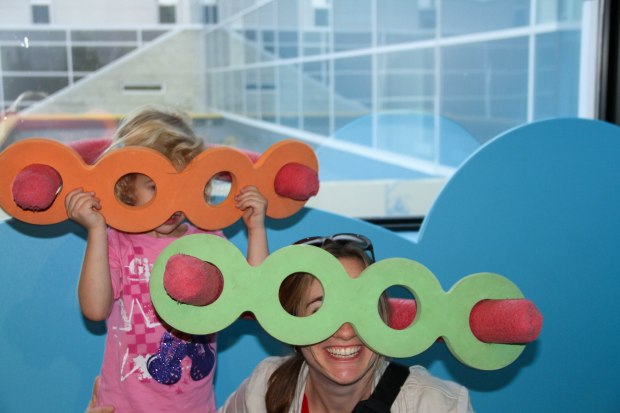 She is a visionary.

After a few good hours at the museum when then set off for West Edmonton Mall at the recommendation of Barb from Profiteroles & Ponytails. Great suggestion Barb – this was the highlight of the kids’ trip. The West Edmonton Mall is the largest mall in North America (owned by the same group that operates the Mall of America) and features an ice rink, amusement park, water park and even a life-size replica of Christopher Columbus’ ship, The Santa Maria. 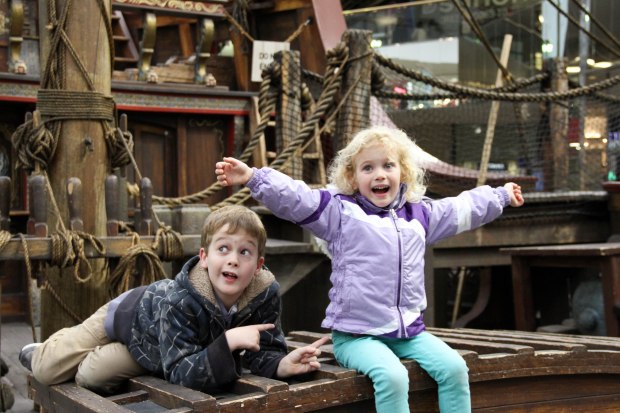 They still get an education when we pull them out of school.

The kids’ highlight of the mall, well, and mine too, was the play park. A giant tubular climbing structure. We had at least a two-hour adventure in here. You’d be amazed how dark those tunnel slides can be! 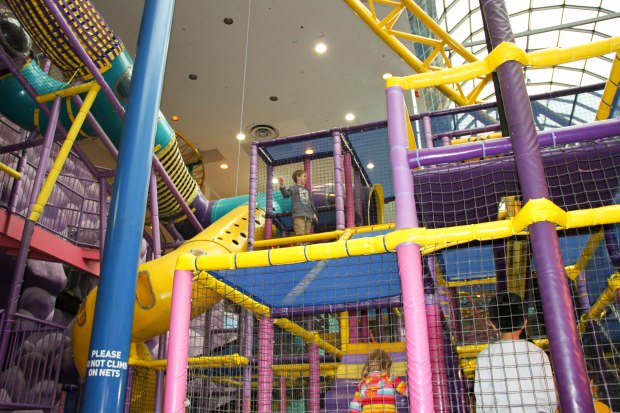 Ready or not here I come!

So after a fabulous day in Edmonton, it was time to set off for the mountains. 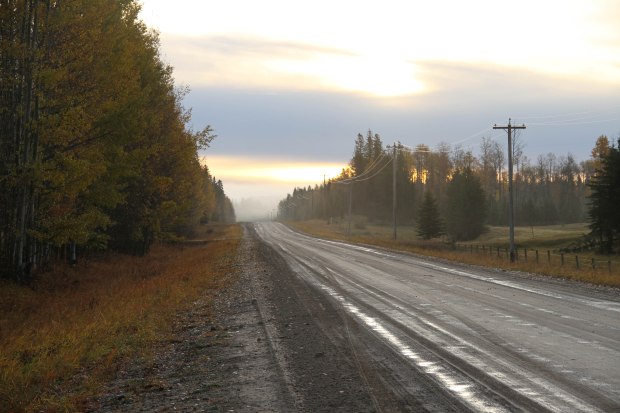 Sure we meant to take the back roads into the park. (Either that or we missed our turn.)

It was a stunning and crisp morning. The mountains looked spectacular and the fall colors were so vivid. I think we spent most of the drive with our mouths hung open. Even the kids were impressed. 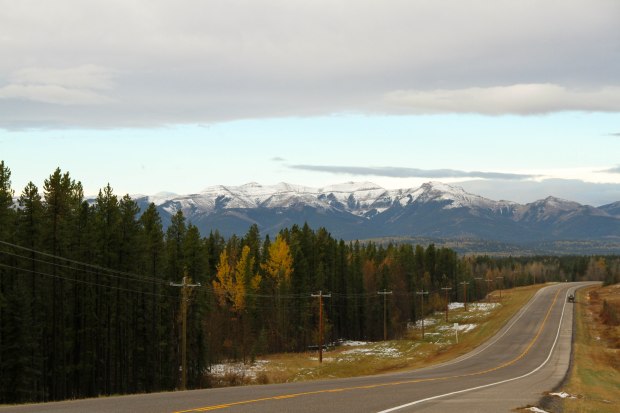 On our way to Jasper National Park.

And we thought Minnesota was the land of 10,000 lakes. 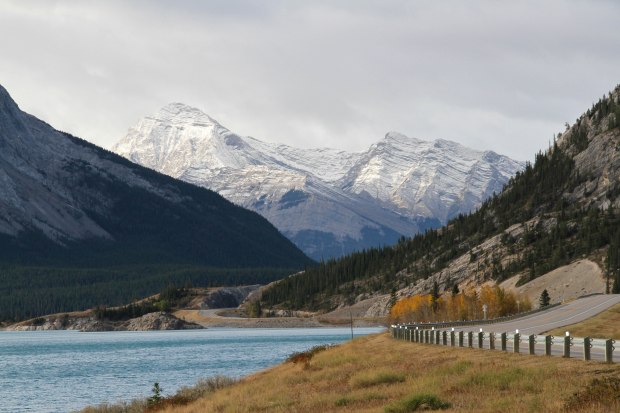 Anyone up for a dip?

We’ve searched Colorado high and low for some big horn sheep, and here these guys were, just chilling roadside. 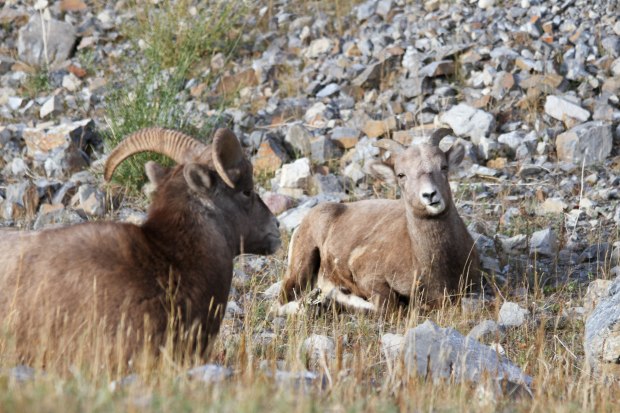 Join us for breakfast?

Now while we have seen a few glaciers in the Colorado Rockies, the glaciers we saw along the Icefields Parkway seemed so much bigger. It’s hard to imagine what the world looked like during the ice age, but this sure gives you a new perspective. 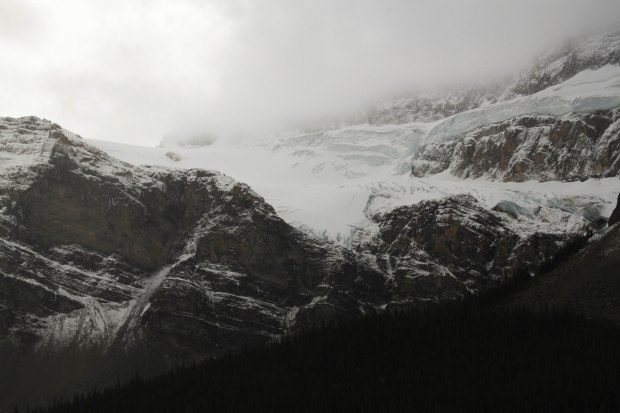 Where did the sun go?

Our next destination along our scenic tour was Lake Louise. Unfortunately the weather wasn’t quite cooperating with us, but we still got a sense of the magical beauty of this serene mountain lake. 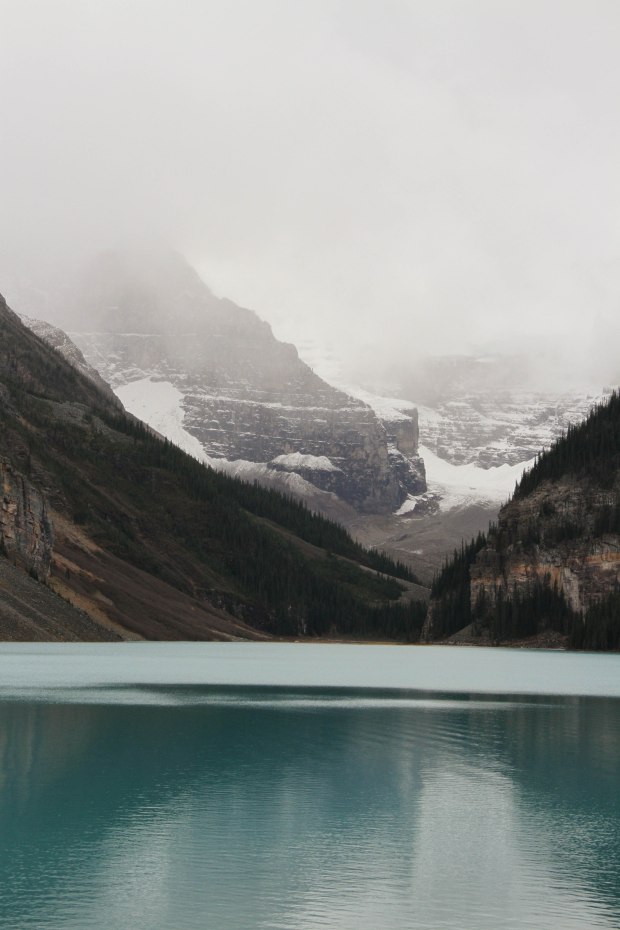 Nothing serene about these two though – they were clamoring to get out on a trail. 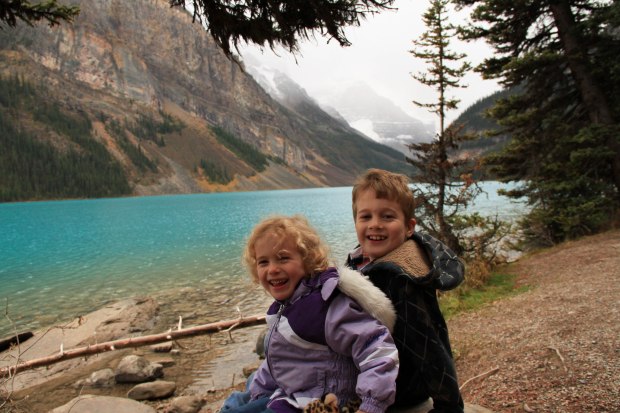 This rock looks like a good place to rest and then tackle each other. Good thing mom is quick with the camera.

Mr. N even tried his hand at photography. Not too bad for his first time with my big camera. 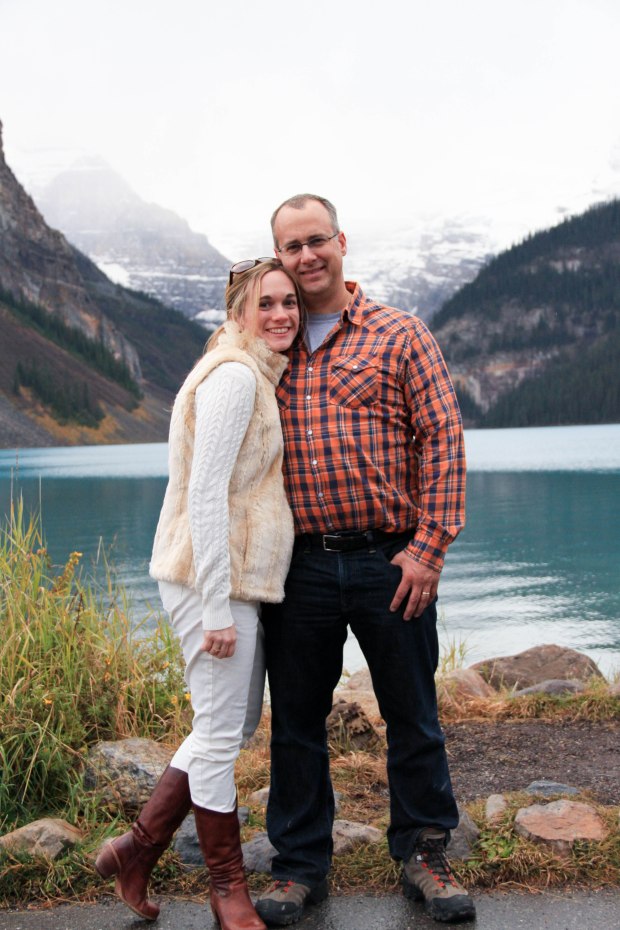 And finally, we ended our night in Banff. 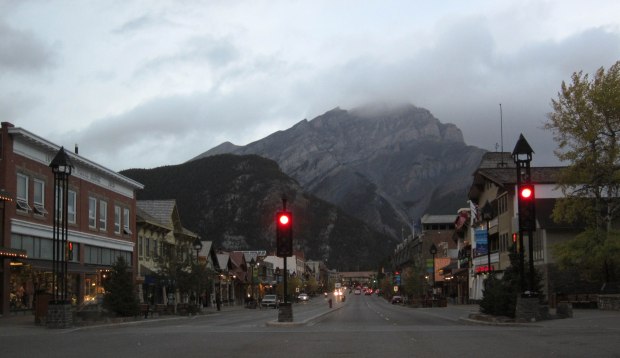 Are we there yet?

It is a beautiful, mountain resort town nestled in the Canadian Rockies. Peaceful. Majestic. And relaxing. The only challenge of the trip was deciding what to do first. 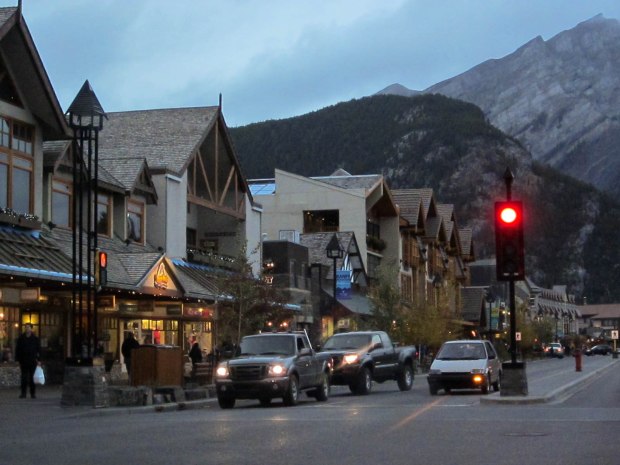 Next post we’ll share one of our favorite meals from the adventure along with a few more pics of the journey. Until then, Barb, thanks again for the recommendations. Having now been to Toronto, Montreal, and the mountain towns of Alberta I can honestly say Canada is fast becoming one of my favorite places – ice, snow and all. 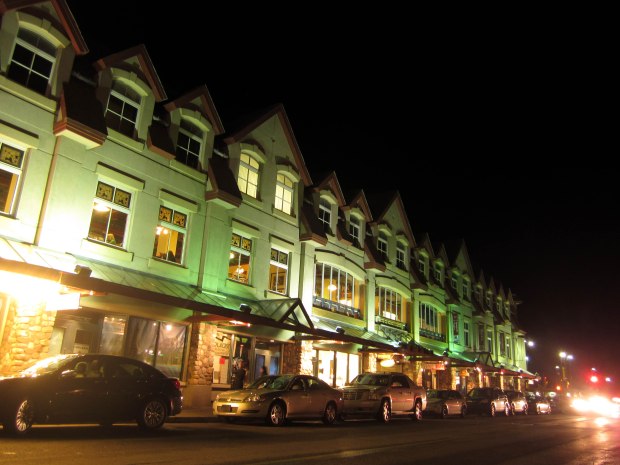 66 thoughts on “Land of the Ice and Snow”