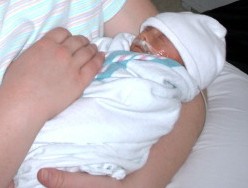 This weekend we celebrated Mr. N’s birthday. I can’t believe my little baby boy is now seven years old! Where does the time go? We had a wonderful weekend full of birthday activities – a party, a trip to the zoo, a big dinner and lots of play time. Tonight, since it’s Mr. N’s special day, we let him choose our meal and his dessert. We’ll share all the deliciousness with you over the next few days, but since it is a celebration, we thought we’d start with dessert.

Every year for the past four years, Mr. N has requested a blackberry cobbler for his birthday dessert. But this isn’t just any blackberry cobbler, it’s my Grandma’s Blackberry Cobbler. This has been my all-time favorite dessert since I was running around in pig-tails and it’s been the family favorite for at least four generations!

I still remember the first time I tried to make this dish. I baked it for my dad – and it was awful. He tried to choke it down, but it was honestly so bad that he couldn’t finish his bowl (and that’s saying something!). Then I found a raspberry tart recipe and it came close to replicating Grandma’s cobbler, but it was still off. So when I was expecting Mr. N I asked my grandma if I could come for the weekend to learn her cobbler recipe. Like most good cooks, she doesn’t have a recipe or measurements written down; and this was one dessert I needed to know how to make and share with my growing family. I’ve made several cobblers since that weekend and if Mr. N and my dad are any indication – I’ve gotten this thing down pretty good. Thanks Grandma!

To make the cobbler you’ll need a double pie crust, preferably an all shortening recipe. I’ll share my version in an up-coming post. Next you’ll want to add about 1-1/2 cups of sugar to eight cups of blackberries. 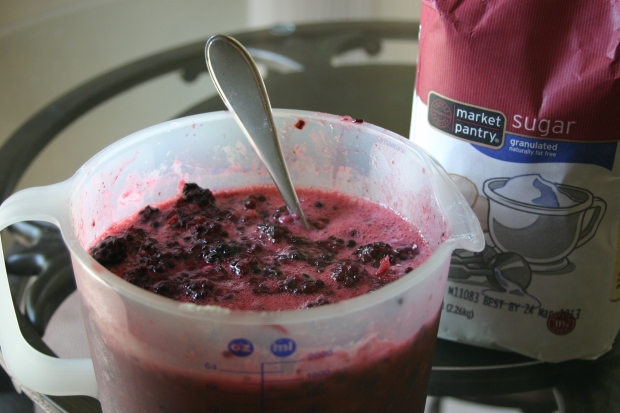 After layering a greased 9″x13″ baking dish with the larger of the prepared crusts, add the blackberries to the dish.

If they appear really runny, you can add a sprinkling of flour over the top of the berries before layering with the top crust.

Next carefully place the top crust over the berries.

Then press the edges of the two crusts together to seal. Cut the remaining crusts from the edges. 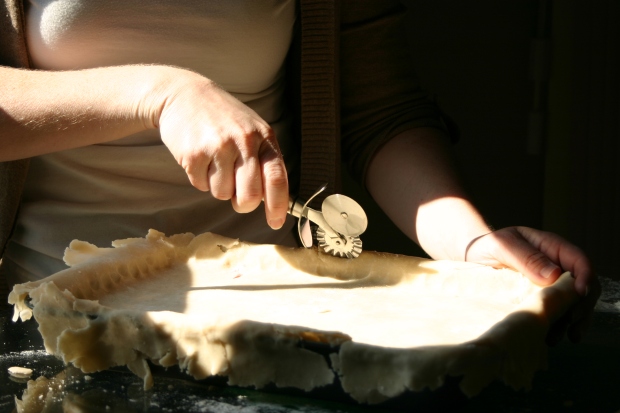 Finally, add a few fork holes to the top crust for venting and sprinkle with a little bit of milk to help with browning.

The cobbler then bakes for 45-55 minutes at 375F. You’ll know it’s ready when the blackberries are bubbling and the crust is a nice golden brown. 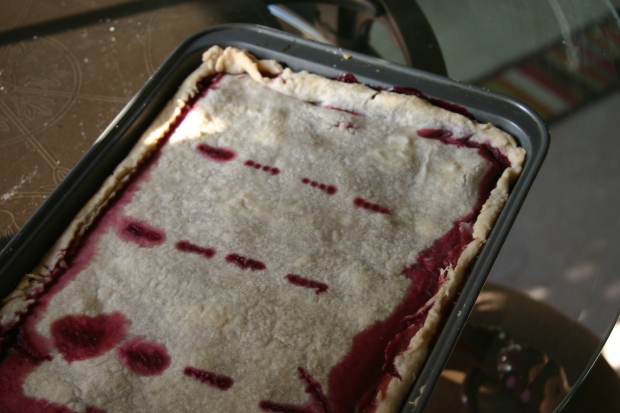 The cobbler should be set aside to cool for at least an hour. While it is good served warm, our family has always preferred it at room temperature – including the birthday boy.

Mr. N, like the majority of other cobbler eaters in my family take theirs with milk poured over the top. Some swear this is the only way to eat Grandma’s cobbler. 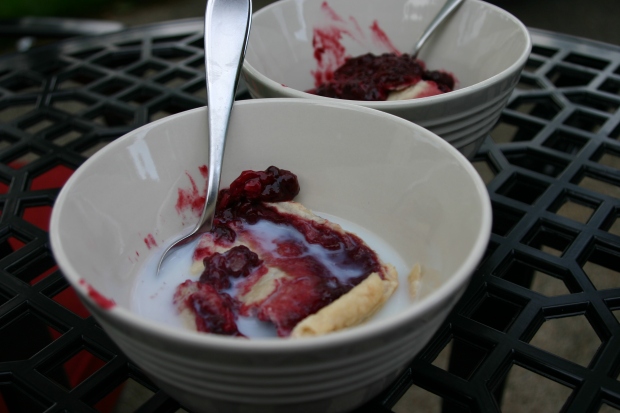 I on the other hand, prefer the cobbler straight-up and unadulterated. 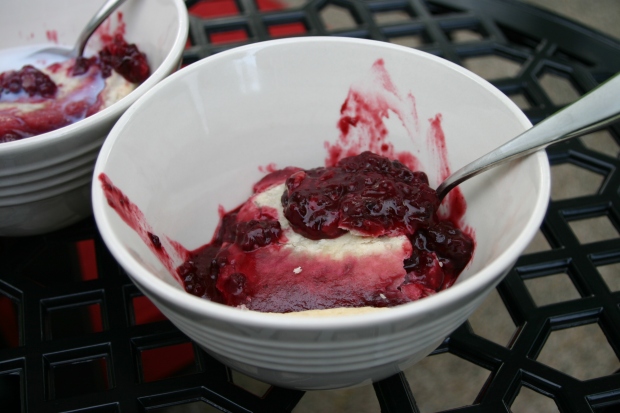 One thing is certain though – no matter how you take the cobbler, your bowl will ultimately be empty. Mr. N gave a 4 spoon rating to his birthday dessert – and cleaned out his bowl.

And as for Miss A, she loves cobbler too. It was clearly a 4 spoon dessert for her as well.

As for dad and I, that goes without saying, but we’ll say it anyway, 4 spoons. Happy birthday Mr. N and thanks again Grandma!

31 thoughts on “A Special Recipe for a Special Day”