The best words to describe Warsaw, Poland are not my own. They are said at the end of the English version of a film found at the Warsaw Historical Museum, and they capture the essence of this great city’s story and culture.

“They say there are no miracles. Then what is this city on the Vistula?”

You won’t find the Old World charm of Krakow or even most of the big cities throughout Western or Eastern Europe here, but what you will find is a dynamic city where business is booming and the landscape is vastly changing. It’s an architectural hodge podge. Communist buildings, monuments and massive concrete paved streets are still predominent, but they are fast becoming peppered with strikingly modern, glass skyscrapers, vast green spaces and gourmet coffee shops. What makes this all the more incredible, unbelievable really, is knowing Warsaw’s extraordinary history. 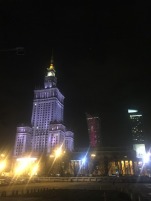 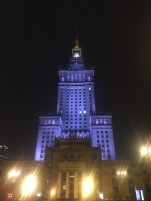 Warsaw became the capital of Poland in 1596. During the 17th century the Polish-Lithuanian Commonwealth was the largest state in Europe, but it struggled with a series of elected kings that squandered resources. The weakening political state led to an attack by neighboring Sweden hoping to claim new territory. While the Poles reclaimed much of their land back from Sweden that same century, it also lost a third of its population.

Then in the 18th century, Russia, Prussia and Austria formed the “Alliance of the Three Black Eagles.” They divided Poland’s territory among themselves three times over 25 years. Poland was essentially forced to cede large portions of its state to its neighbors – first in 1772 and next in 1790. In 1791, however, the Poles hoped to establish their own modern nation thereby eliminating its king and enacting Europe’s first democratic constitution (May 3, 1791). Needless to say, their power hungry neighbors weren’t big fans of this idea and split the country for the third time in 1795, wiping Poland off European maps until 1918. 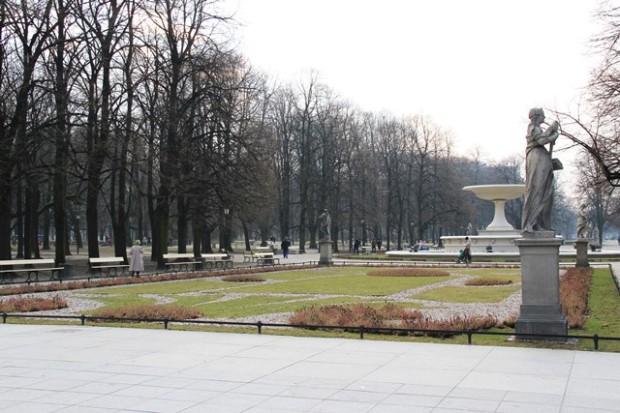 During this period, the Poles fought back through uprisings and resistance fighting. They had a glimmer of hope when Napoleon came through and established the “Duchy of Warsaw,” a semi-independent region, but that was short-lived. With Napoleon’s defeat came the Congress of Vienna which redistributed Polish territory back to the Three Black Eagles. It wasn’t until the end of WWI in 1918, that the European map was redrawn and the Polish Republic re-emerged.

Then another war, the Polish-Soviet War, began in 1919. Essentially Poland wanted a federation with Ukraine and Lithuania while Russia wanted Poland and war-ravaged Germany. Poland was quickly pushed out of Ukraine by Russian forces and it was believed would again cease to exist. However, at the Battle of Warsaw the Poles pulled off a stunning victory, eventually gaining a much extended eastern border. This tumultous period set-up the conditions for the perfect storm that was heading Poland’s way. Poland was ethnically diverse (with many different languages spoken throughout), economically fragile and trying to establish its new government and country. It was also highly attractive to both the emerging fascist German party and the Russians.

At the end of the 1930’s Hitler and the Russians entered into an agreement to assist one another with Poland. On September 1, 1939, Hitler took Gdansk in northern Poland and by the end of the month had completely overrun Poland in its entirety. As for Russia, they took back the eastern territories from Poland, today known as Ukraine, Belarus and Lithuania.

September 1, 1939 also marked the first of the bombings in Warsaw. Polish resistence fighters managed to hold the Nazis back for a short time, but on September 25th another massive bombing of the capital was ordered and 40% of the city was destroyed. The Nazis assumed control of Poland’s capital on the 28th, then took portions of western Poland as their own. What was left (the middle of Poland) became a puppet state called the Generalgovernment where the Germans established factories, military bases and of course numerous work camps, concentration camps and extermination camps. 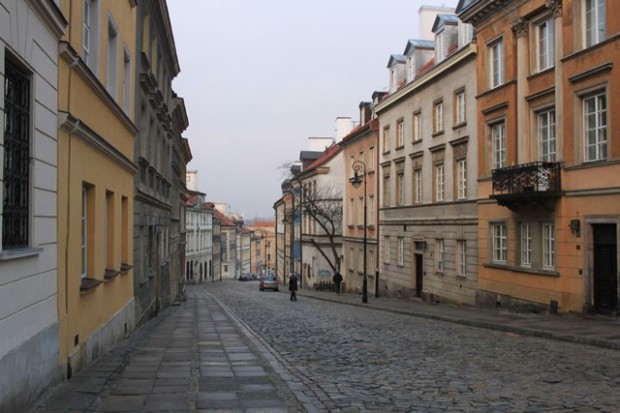 In April of 1940, Hitler ordered the construction of a wall in Warsaw. This wall would enclose a 1.3 square mile area and become the largest of the Jewish ghettos established by the Nazis. As Poland had long been a safe haven for the Jewish community, it was home to Europe’s largest Jewish population with more than 3,500,000 throughout the country. Nearly 400,000 Jewish citizens lived in Warsaw alone, and between October and November of 1940, they were all forced into this walled off space. As the Nazis continued to bring Jews from throughout Poland to Warsaw’s ghetto the population of this space grew to 1 million at its peak. That’s 1 million people in a 1.3 square mile space. Unfathomable.

By 1942, more than a quarter of Warsaw’s Jewish populace had perished in the ghetto from disease, murder or suicide. The Nazis then began sending 5,000 residents per day from the ghetto to “resettlement camps.” The population then quickly dropped to only 60,000 people by 1943. At this point, the remaining residents began to get word of the true fate of those sent to “resettlement camps” and staged an uprising. They knew the fate that lie ahead. They knew an uprising would likely not be successful, but they would not go down without a fight. On April 19, 1943, residents of the ghetto attacked the Nazis. The Nazis assuming they could easily put the residents down, were surprised by the sheer will and fight. The Ghetto Uprising lasted nearly a month…until the next bombings. The Warsaw Ghetto was demolished. Only 300 of Warsaw’s Jews survived (thanks to an underground railroad) and nothing of the Ghetto remained.

The devastation continued throughout this city, but in 1944 it began to look like the Nazis might fall. The Soviet Army, which had turned on Hitler the stronger he became, was within 25 miles of Warsaw. Fighting with the Allied Forces to stop the Nazis, this spelled possible liberation for the Poles. However, the Poles prefered to liberate themselves for fear of losing their independence to yet another world power. The Polish Home Army which numbered 30,000 in Warsaw and 400,000 throughout Poland (the biggest underground army in history), began to secretly plan an offensive against the Nazis in Warsaw.

On August 1, 1944 the 30,000 launched the Warsaw Uprising. The Nazis were initially caught off guard, which led to excitement and celebrations throughout Warsaw, but within a few days the Nazis regained control, killing thousands of civilians as they fought to retake the city. After two months of fighting, the Polish Home Army called a cease fire. 18,000 resistance fighters were dead, as were 200,000 civilians. As if this wasn’t enough, Hitler, enraged by the retaliation and aware of the enclosing Red Army, ordered another bombing. This time Warsaw was systematically destroyed block by block until it was all but gone.

As the Nazis carried out this final bombing, the Red Army waited on the other side of the Vistula River. After the Nazis retreated, the Soviets then went in and claimed Warsaw for themselves. At the end of the war, Poland’s borders were vastly shifted. Historically German areas became part of Poland, while Poland’s eastern territories became part of the USSR, and Poland essentially became a Russian satellite country under a newly installed communist regime. Entire cities were repopulated, populations dispersed, millions relocated and Poles were thrust into communist life. The government seized private property, sanctioned rationing and the populace faced numerous food shortages.

Many protests were staged throughout the decades by those opposed to the regime and in the late 1970’s early 1980’s anti-communist sentiment was growing strong. Fearing a loss of control, the communist government then enacted Martial Law. Local governments were thrown out and replaced with military personnel. Tanks rolled the streets, phone lines were cut, mail was intercepted, and travel was strictly prohibited. This terrifying time lasted until 1983. Then in 1989, the ruling Communist Party agreed to hold open elections to appease the growing Solidarity movement. The plan backfired for the communists as they lost every single seat contested in Poland, which then led to the collapse of the Iron Curtain throughout Eastern Europe.

At the end of World War II, one out of every five Poles were dead – 90% of those killed were civilians. In Warsaw alone, 800,000 people lost their lives, or two out of every three residents. And the Jewish story was worse – 90% of the population was killed. Only 300,000 Polish Jews survived, many of which then left Poland or were relocated to Israel by the communist government after a large student demonstration in 1968.

I realize this is an extremely long, overly general and explanatory post, but to understand and fully appreciate this city you must know that from which it arose. While it’s not as modern as American or Asian cities, or as architecturally historic (in terms of age) as other parts of Europe, when you realize what it has endured for centuries and consider that it really has only been independent for 26 years, its progress is astounding. In fact, much of what you see in these pictures did not exist a mere 70 years ago. The resolve of the Polish culture and citizens of Warsaw is inspiring. 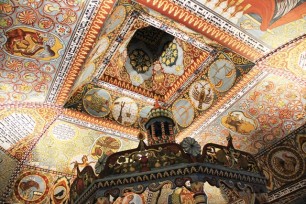 Warsaw is the classic case of “don’t judge a book by its cover.” Because while the cover of this book may not be the shiniest, the prettiest, the greenest or the hippest, it’s story is one of glory, tragedy, inspiration, desperation, pride, love, loss, perseverance, hard work, ingenuity and excitement. And that’s only its past. The future certainly holds more for this fast growing, entrepreneurial city, which is quickly becoming a European epicenter.

It truly blows the mind and indeed is miraculous. 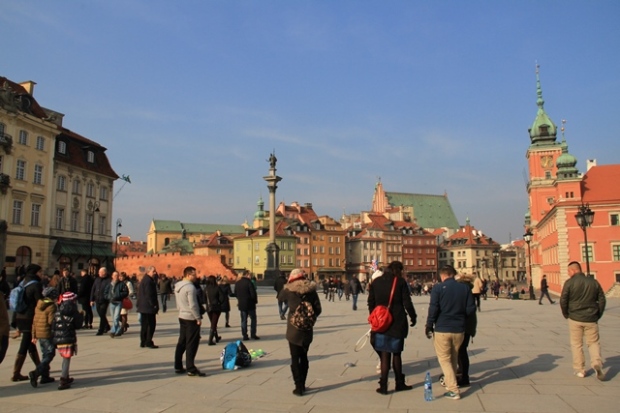 12 thoughts on “I Believe in Miracles”