Today’s post is going to be quick and easy. You see, you may notice a few changes on the blog today – a new look, new features and finally…index pages! As most bloggers know, changes like that are not so quick and easy. They take time…lots of time. But we had some this weekend and we figured it was time to liven things up a bit around here, make some improvements, get around to the things we’ve been procrastinating. Frankly, we were ready for a little rejuvenation. So was this recipe…

Seafood enchiladas have long been a favorite summertime dish for us. My grandpa passed along a recipe to me years ago after clipping it from a magazine in the lobby of the hospital where he volunteered. He saw it, knew my affection for seafood, and thought I would like it. He was right. (He found at least 50 recipes…perhaps he was trying to tell me something.) Well, my cooking skills have much improved since then and I opted to scrap the pre-mixed seasoning packet and put my own spin on these babies. 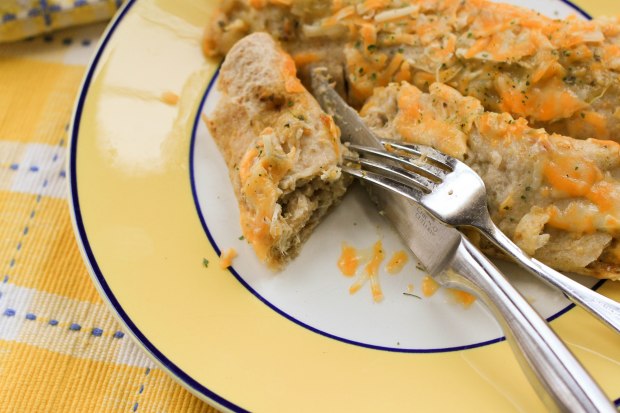 The original recipe calls for regular cream cheese, butter and a ranch dressing seasoning packet. I typically swap out the regular cream cheese for reduced fat cream cheese. I’ve even used the fat-free or a mixture of the two and the results don’t vary at all. I also usually switch out the butter for oil. Now this time, having worked my way around a kitchen a bit more these past few years, I decided to bag the ranch seasoning mix and all its sodium for my own mixture of spices. So in place of the ranch dressing mixture I combined parsley, dill, chives, salt, pepper, cumin, garlic powder and onion powder. 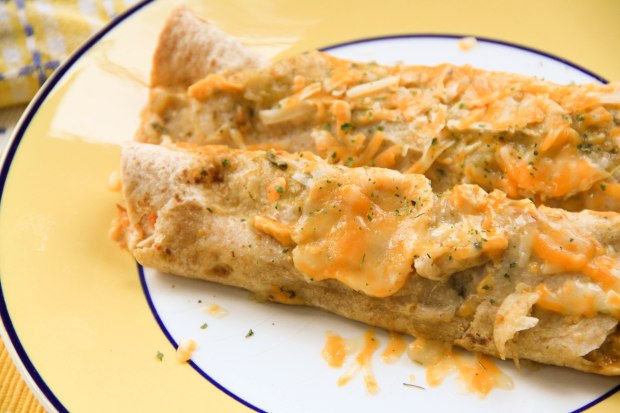 As for the recipe, it’s simple. Mix the cream cheese and spices with a bit of milk in a large bowl. Reserve about a 1/4 of the mixture in a small bowl to the side. Next saute the cayenne, onion and garlic in a skillet. Toss in the crab meat, sliced black olives and Salsa Verde. The original recipe called for green chilies, but we’re rejuvenating, remember. 🙂 (Next time, I’ll make my own salsa too….) Cook this mixture for a few minutes and then add it to the large bowl with the cream cheese and spices. Fold in some Colby Jack cheese and spread the mixture evenly in the center of about 8 to 12 tortilla shells. 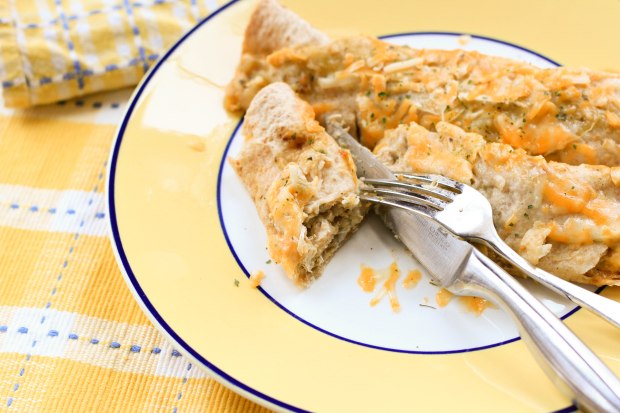 Next roll the enchiladas, place them in a baking dish seam-side down and top with a bit more Salsa Verde, the small bowl of cream cheese mix and some more Colby Jack. Bake the enchiladas covered for 25 minutes at 350F. Finally, uncover and bake for another 5 to 10 minutes. And you’re done…see, quick and easy. 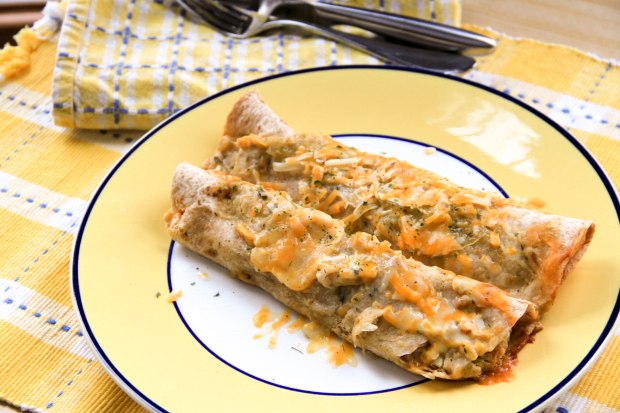 Mike and I have enjoyed these enchiladas numerous times over the years, but this was the kids’ first experience with them. I was a little skeptical. I knew they would enjoy the crab, but I wasn’t so sure about the salsa and dill flavor. Well, I should have remembered Mr. N’s affection for ranch dressing, he really liked the enchiladas and gave them 3 spoons. Miss A liked them too, but not as much as her brother. She rang in with 2 spoons. Mike and I both really enjoyed the freshened up version of the dish. I gave them 4 spoons and Mike a strong 3 spoon vote. Overall, a very successful meal. I bet Grandpa would have enjoyed them too – or at least the fact that I still make them!

Have a great week everyone. We’ll be back next week with our first recipe from our Thai cooking adventures. In the meantime, we hope you have as much fun checking out the indices as we had making them. We didn’t realize just how many states and countries we’ve visited – and just how much the kids have changed!