After our first weekend of amazing summer-like weather we found our schedule full-up with activities (and an unforeseen event – get better quickly Nana!). Given our wacky schedule we opted to cook-up our weekly stateside meal today, and start sampling new recipes from our next international destination later in the week. The unseasonably humid and warm temperatures reminded us of the South, so today we sampled some traditional cuisine from Mississippi – Buttermilk Biscuits and Crispy Fried Catfish.

We began with the biscuits. It’s a quick and easy recipe. The dry ingredients are combined first, then the shortening and butter are cut in, followed by the buttermilk. Once the dough was formed, we transferred it to a floured surface and began to press it out.

Once the dough is pressed into an eight inch round with a thickness of about a 1/2″, we cut out the biscuits. You can either use a biscuit cutter, or in its absence a cup with a 2-1/2″ diameter. The biscuits are then baked at 450F for 10-12 minutes or until golden brown. 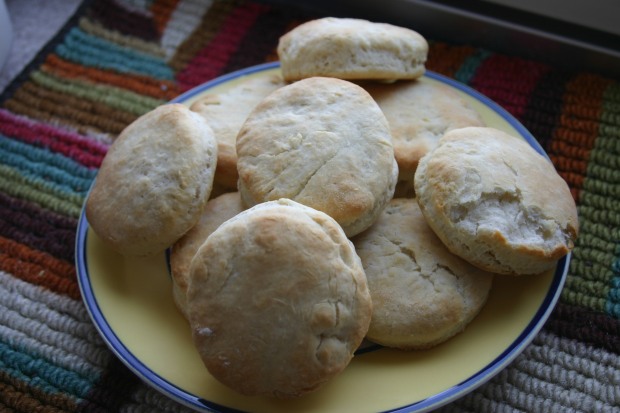 While the biscuits were baking we began the prep for the catfish. In one bowl we added the evaporated milk, salt and pepper. In the next bowl we combined flour, cornmeal and paprika. The catfish fillets are first dipped in the milk and then coated in the flour.

We heated oil in the skillet and then added the coated fillets. 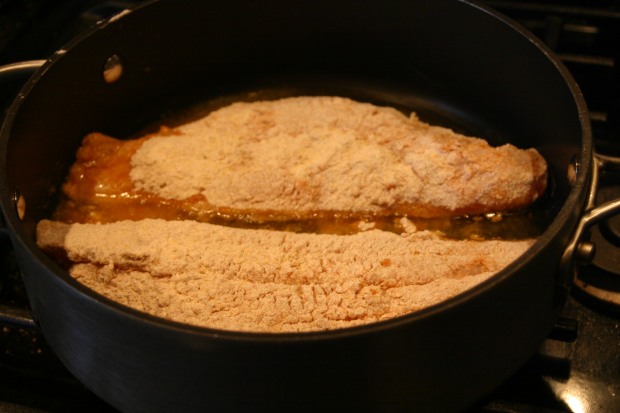 The fillets are fried until golden brown and flaky, about four minutes per side.

We were really excited at how good these catfish looked. The golden color was exactly what you expect from a good piece of fried fish. We served the catfish with the buttermilk biscuits and a side of corn.

Our first cooking adventure to the South didn’t disappoint. It was a good ole fashioned fish fry. Dad added some hot sauce to this fish and gave both the biscuits and catfish two spoons. Mr. N, Miss A and I all gave the catfish two spoons and the biscuits four spoons. We also shared the leftover catfish fillet with my dad. He made a catfish sandwich and loved it. This definitely isn’t a meal you’d want to eat on a diet, but for when you feel like making your own Friday night (or Sunday) fish fry, it’s a winner.

11 thoughts on “Dishin’ Up Some Good Ole Southern Comfort”